Congratulations to February Warrior of the Month Aki

Aki Seiuli has been named as the McCrea Financial Services Warrior of the Month for February, after coming out on top in a poll of Glasgow Warriors supporters. 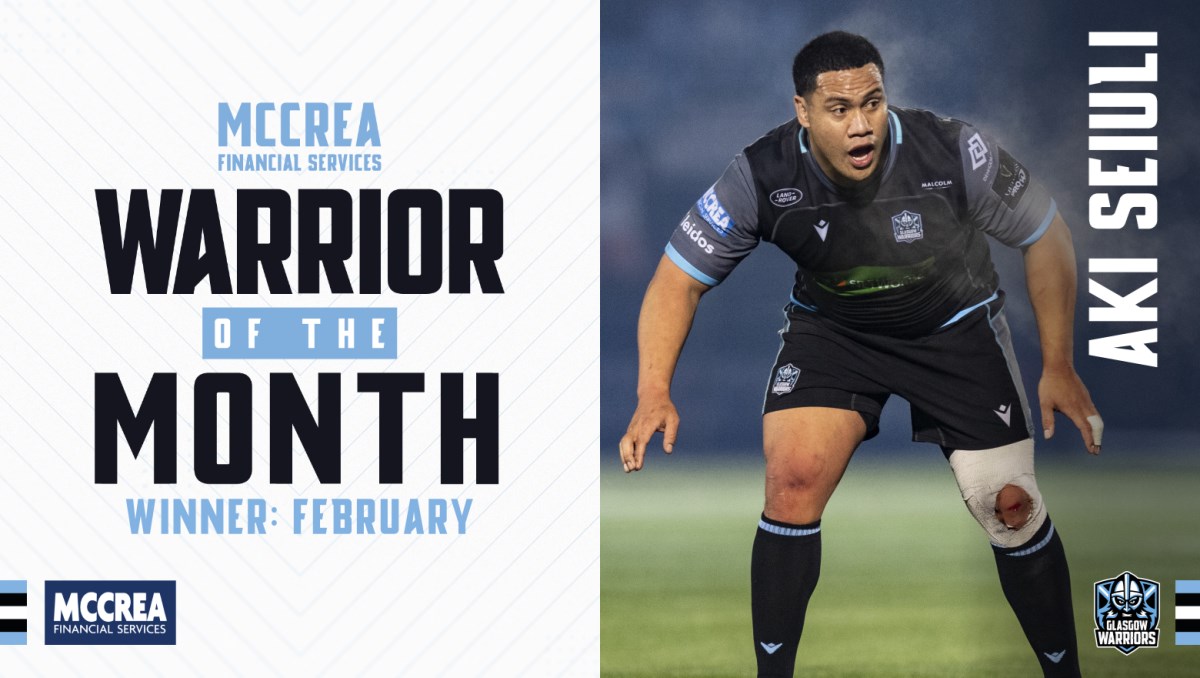 His performances throughout February made fans and pundits alike take notice, with an eye-catching outing against the Dragons at Scotstoun a particular highlight; the prop made 50 metres with ball in hand from 19 carries, alongside an eye-catching offload for Huw Jones’ try.

It’s the latest landmark in an impressive debut campaign for Seiuli, who has made 11 appearances for the club to date since joining from Super Rugby’s Highlanders.

The loose-head made his debut against Leinster at the end of November, before earning a first Warrior of the Month nomination for his performances across the month of December.

He becomes the second successive prop to claim the club’s monthly award, following Zander Fagerson’s triumph in the February voting.

“I’m honoured to win my first Warrior of the Month award,” said Seiuli.

“Knowing the players that have won it previously and what they bring to the table, I’m stoked to receive this award.

“We had a difficult start to the season, but since the Edinburgh games we’ve been playing really well. We’ve gone out with a clear game plan and the performances and results have been coming our way”

“The supporters have been fantastic with me since I arrived – they’ve been giving me the hype and I’ve been feeding off that. I’ve just gone out and played my game, and I really appreciate the support of everyone.”