Fagerson, Grigg, Harley or Horne - Who gets your vote for January Warrior of the Month? 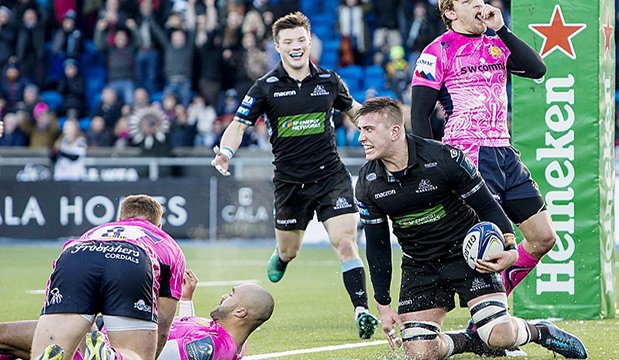 This month the Warriors secured an important away win against Zebre in the Guinness PRO14 and beat the English Premiership champions Exeter Chiefs in the Champions Cup, seven days after a disappointing defeat to Leinster at the RDS.

McCrea Financial Services Warrior of the Month nominations for January: 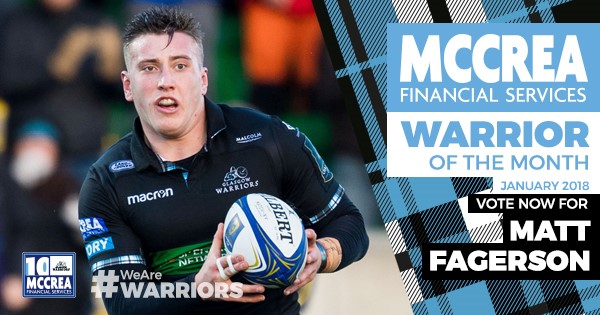 Matt Fagerson played the full 80 minutes in all three games in the month of January, alternating between flanker and number 8. The 19-year-old, who has formed an exciting back-row partnership with fellow Scots Adam Ashe and Matt Smith, scored a try and was voted Man of the Match in the win over Exeter Chiefs. 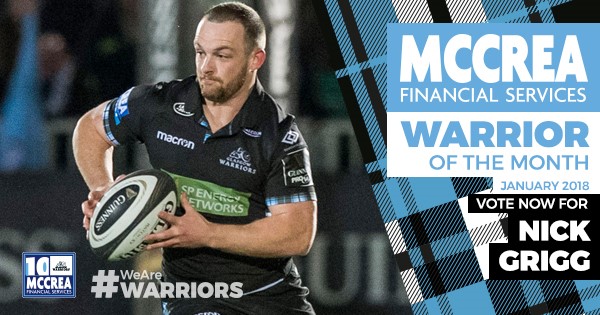 Nick Grigg has had another impressive month in a Glasgow shirt, which saw him called up to the Scotland squad for the upcoming NatWest 6 Nations. Grigg played in the games against Leinster and Zebre and scored a try in the 40-20 win in Parma. Last seasons Players Player of the Season was also nominated for the December Warrior of the Month award. 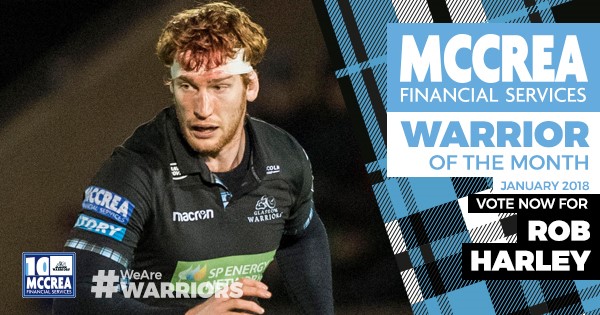 Rob Harley versatility came to the fore during the month of January. With several second-rows out injured Rob moved into the engine room for the games against Leinster and Exeter Chiefs in the Champions Cup. He was also made captain for the game at the RDS and played the full 80 minutes of all three games this month.

George Horne has continued to impress at scrum-half this month. The winner of the November Warrior of the Month award started the games against Zebre and Exeter Chiefs and was a replacement against Leinster. Horne scored a try and was named Man of the Match in the win over Zebre.