With the 2017/18 season now well under way it has come to the time of the month where you have your say on who the Jags’ best performer has been as the vote for the McCrea Financial Services August Player of the Month award opens.

So, without further ado, your nominees are: 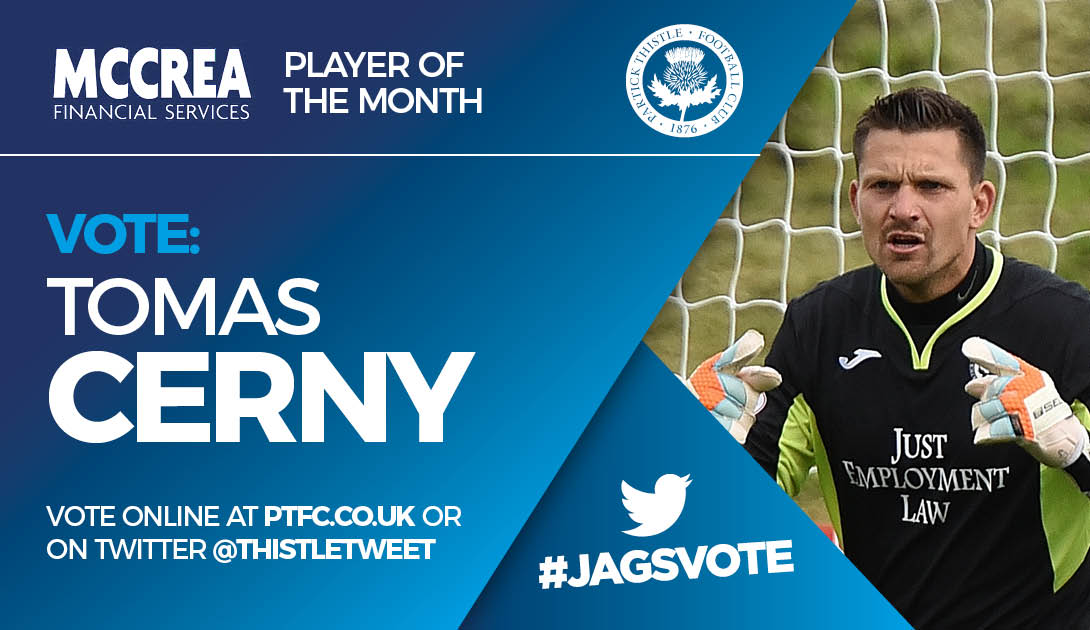 Starting this season as he ended last, the Czech custodian is one of the Ladbrokes Premiership’s form keepers. His saves went a long way to securing the side a top six finish last season and if Thistle’s form is to continue this term he will no doubt be vital once again. Bringing a calmness to a much changing back four, Cerny’s communication and leadership from the back is invaluable.

Formerly known as the Firhill utility man Christie has well and truly found his position on the pitch this season. A revelation at full back, Christie provides a balance of defensive ability with powerful attacking threat and the quality of his crosses have shone throughout August. Now in his seventh season with the club Christie is well worth his inclusion in the August shortlist. 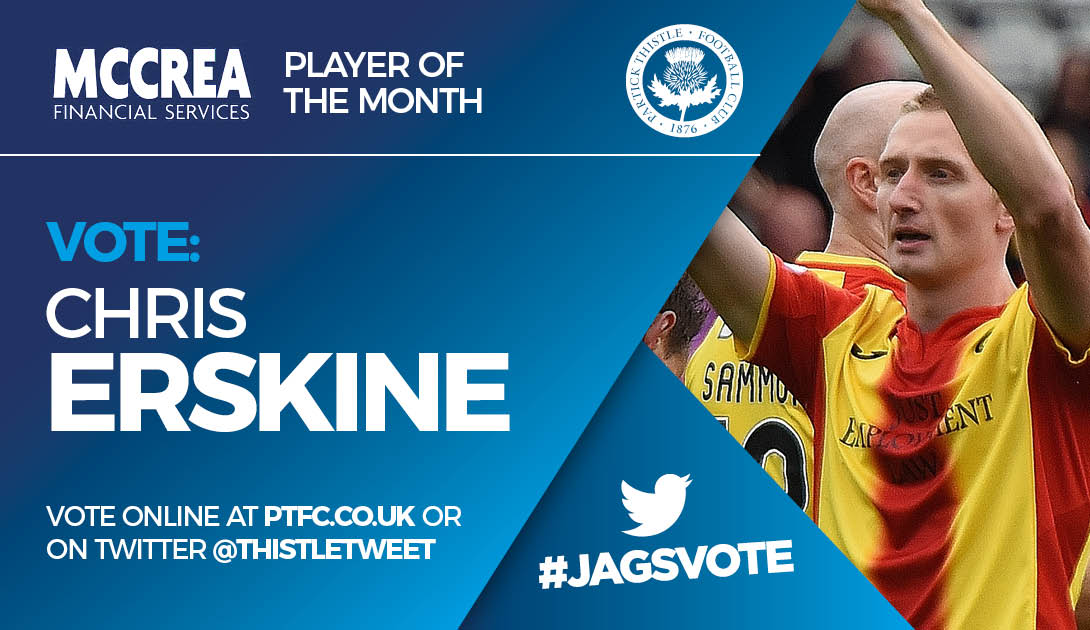 Chris has started this season on fire and is currently the club’s top goal scorer with four so far. Everyone knows the creative threat Erskine shows from the attacking midfield but his movement and work ethic has provided an incredibly effective link between the defence and attack. This combined with his near telepathic link with Kris Doolan make him a daunting prospect for any defensive unit.

New boy Jordan Turnbull made an instant impact as a Jags player when he made his debut against Celtic. Facing up to the best attacking force in the league he put in an extremely strong performance and picked up the club’s man of the match award in return. Showing experience beyond his years he has slotted in well to a back four that is seriously lacking in playing time as a unit and has adapted superbly well to the league. On loan for the rest of the season this has been a very impressive opening month for the former Southampton youngster.

Don’t forget you can follow our sponsors McCrea Financial Services on twitter and facebook where they run regular competitions with Thistle and provide useful updates on the latest news on getting the most out of your finances.