Have your say on Thistle Player of the Month for March!

A busy March saw Thistle in action on six occasions starting with a William Hill Scottish Cup tie against Ladbrokes Premiership side Hearts.

A battling performance secured a thoroughly merited replay at Tynecastle. A last minute victory against Dundee United will live long in the memory of Thistle fans with the month rounded off in style courtesy of a 3-0 win against Greenock Morton.

With a number of good performances throughout the squad there was no shortage of nominees for this month’s McCrea award, so, without further ado, here is your March shortlist for the McCrea Financial Services Player of the Month: 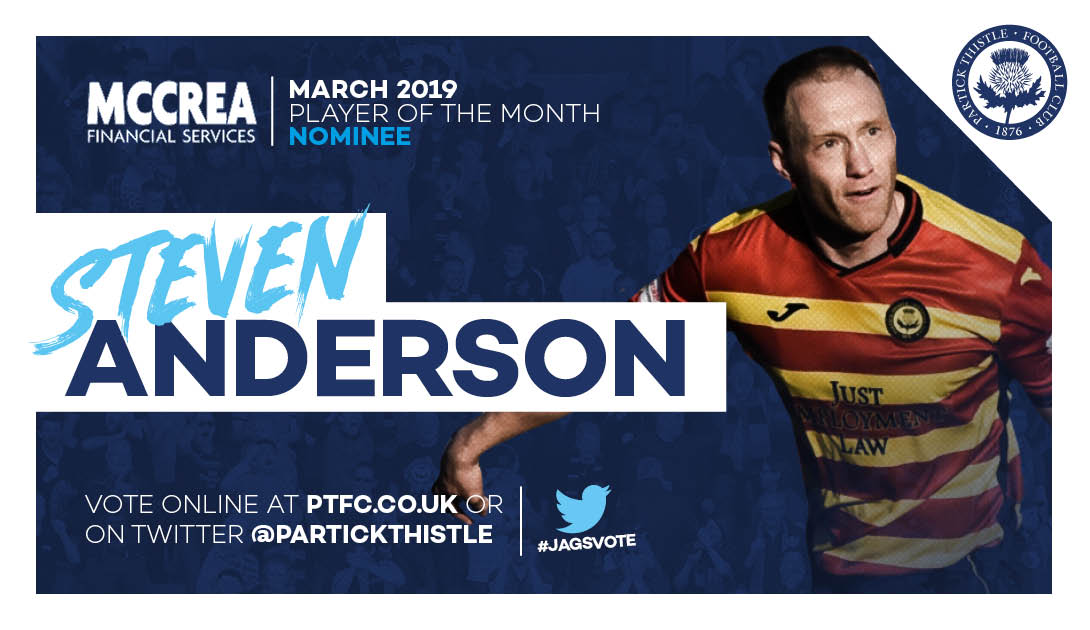 February’s award winner is nominated once again after enjoying another successful month with the Jags. The defender used all of his experience to handle the threat of Premiership strikers in the Scottish Cup while not being shy to throw himself in front of the ball in a bid to collect valuable Ladbroke Championship points. The month was rounded off with a Jags clean sheet as Ando bagged his third Thistle goal, thumping home from close range against Greenock Morton. 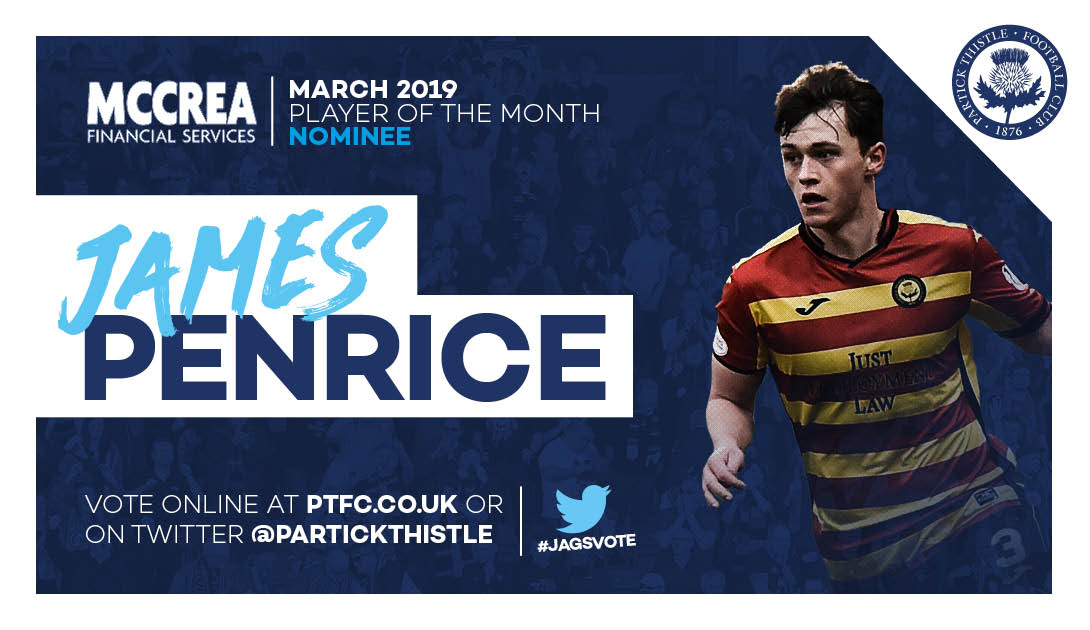 The young left back continues to improve with every week of first team experience and March was another strong month for the Jags number three. Against a tough Premiership opponent, Hearts, the Thistle Weir Youth Academy graduate didn’t look out of place and continued to offer an attacking dimension to the Jags forward play as well as ensuring no danger arrived from his side of the defence. Playing alongside a number of defensive partners, James continues to thrive and will be looking to become the first Jag since 2005/06 to play every minute of every match in a campaign. 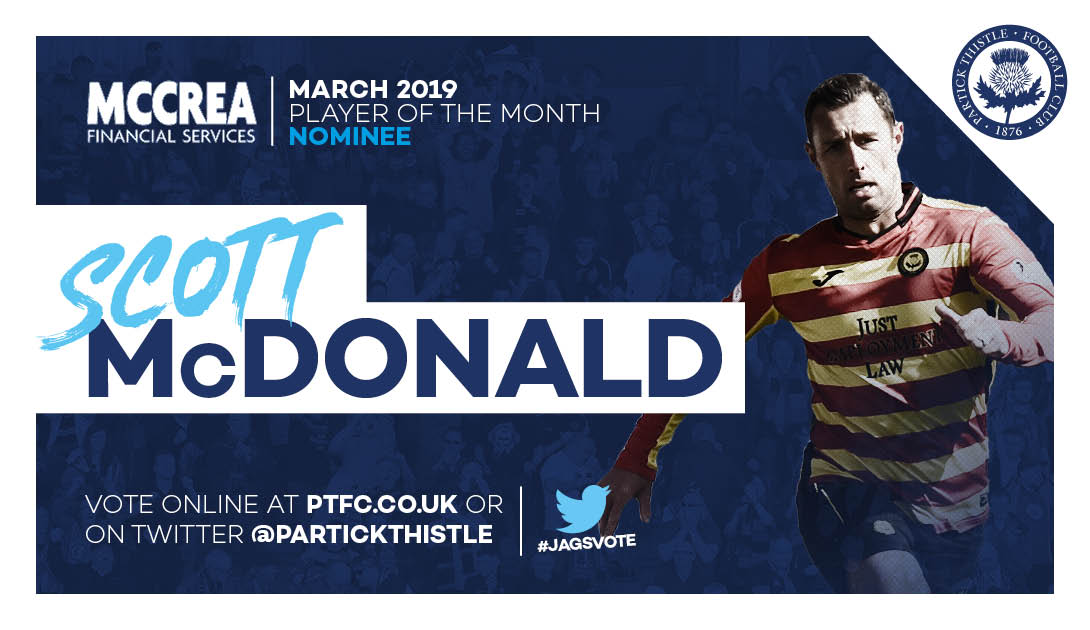 The January recruit was back to his best during March having returned from a spell on the sidelines through injury. Equally comfortable playing in a 3 at the back and 4 at the back formation, Steven has shown his experience to end the month with his first league clean sheet since joining the Jags in January.

So, there you have it, your McCrea Financial Services Player of the Month nominees for March.  Now it’s over to you, so get voting and make sure your pick gets to take the trophy home.

Voting is open until 5pm on Thursday,