March Player of the Month Voting gets underway for the Jags.

March was a tough month for Thistle with a solitary point, the only reward from their three games “even if that point did come from an excellent performance against Aberdeen. Although the match against Hearts was one to forget for all concerned, there were plenty of positives to take from the Hibs game, particularly given it was played at Easter Road.

So, without further ado, it's time to have your say on who the Jags best performer has been this month as the vote for the McCrea Financial Services March Player of the Month award opens. 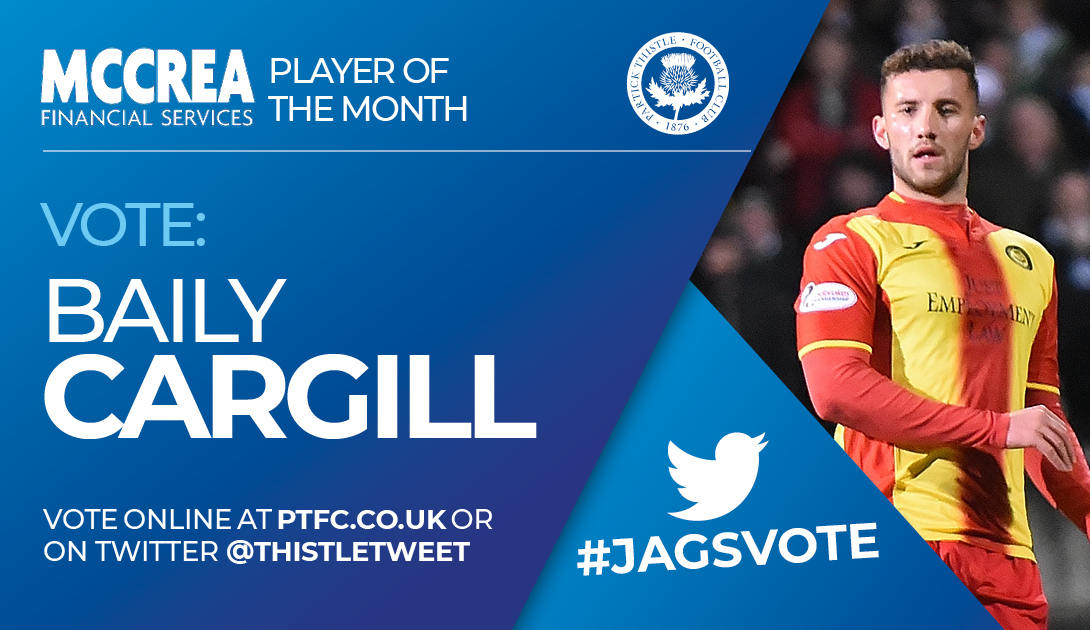 Baily played every minute of every game in March and continued to impress in a Jags shirt. A poor performance at Tynecastle brought a strong response against Hibs and it was largely his defensive work that earned a clean sheet against the Dons. 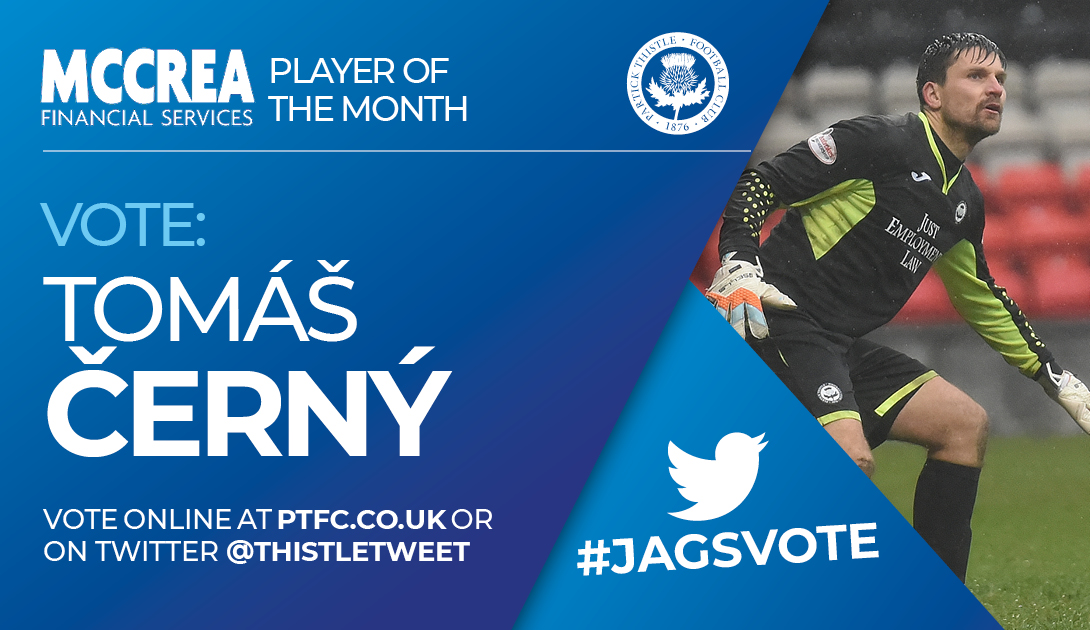 Tomáš Černý may have picked up an injury in the first half of the Hibs game but his performance before that and in the Aberdeen game, is what earn him his nomination this month. A clean sheet against Aberdeen was only achievable thanks to his saves and just before he was forced off the former Accies man pulled off a magnificent save to keep things level at Easter Road.

Vote for Tomáš at ptfc.co.uk 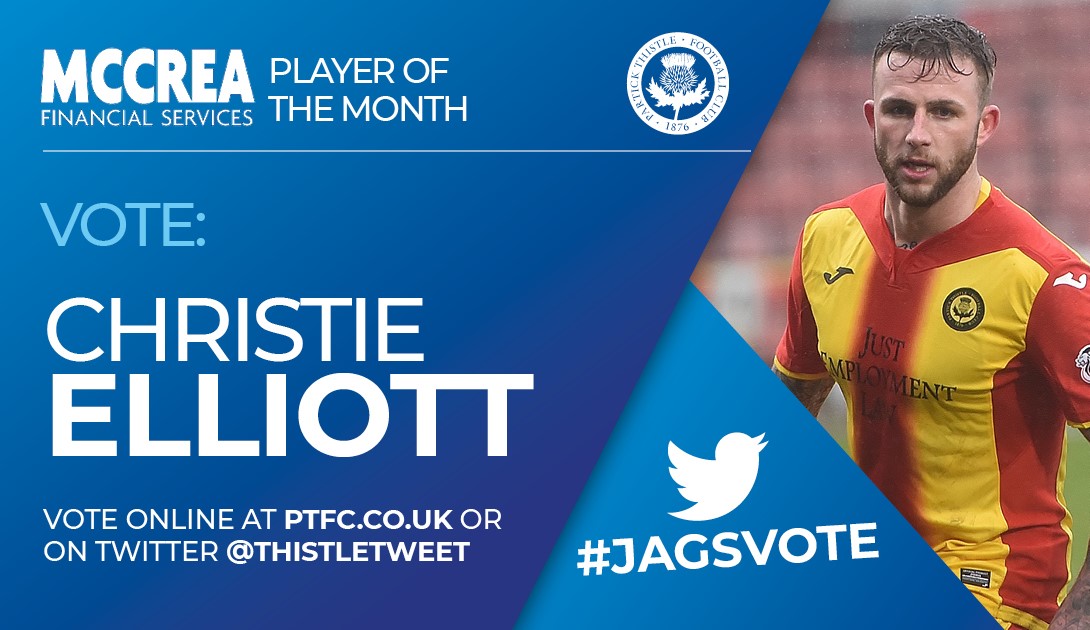 Having spent most of the season so far on the side-lines, Christie has returned with a vengeance just in time for the crucial final stages of the season. Full of energy and always willing to run, one thing you can't accuse Christie of is caring. He knows no other way than to give 100% in everything he does, and that commitment has been evident during this month. 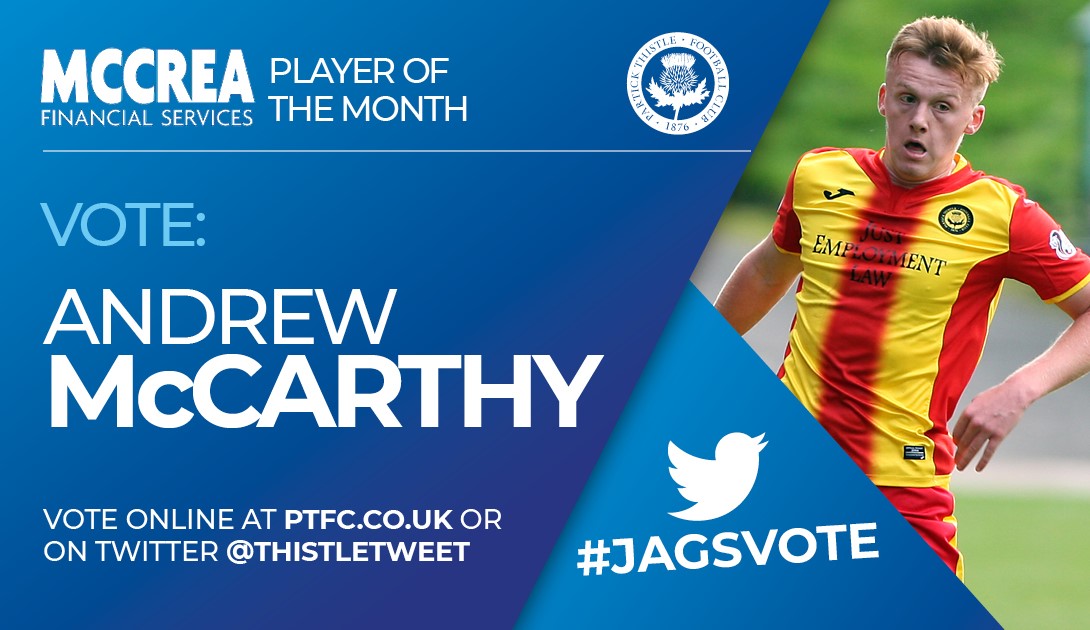 A Thistle Weir Academy graduate, McCarthy has continued his breakthrough into the first team and played a part in every game this month. What he lacks in experience he more than makes up for in enthusiasm and energy. He has brought a freshness to the Jags midfield and has more than earned his nomination this month.

Vote for Andrew at ptfc.co.uk

So, there you have it, your McCrea Financial Services Player of the Month nominees for March. Now it's over to you so get voting and make sure your favourite gets to take the trophy home.

Don't forget you can follow us on Twitter and Facebook where we run regular competitions with Thistle, as well as providing useful updates and the latest news for getting the most out of your finances.