Dave Rennie has revealed his four nominees for the McCrea Financial Services Warrior award for the month of October.

Matt Fagerson, Jonny Gray, Rob Harley, and DTH van der Merwe are in the running for this month’s award, which is voted for by supporters.

Glasgow started the month with a 36-8 bonus-point win over Zebre in the Guinness PRO14 at Scotstoun and followed that up with a narrow 13-3 defeat to Saracens in the Heineken Champions Cup.

Dave Rennie’s men then travelled to Cardiff and reignited their Champions Cup campaign with an impressive 29-12 win against Cardiff Blues.

The final game in October ended in a heart-breaking defeat to Munster. Having led for the majority of the game, the Warriors went down 25-24 after conceding a last minute penalty at Thomond Park. However, Glasgow did leave with two points after scoring four tries and continue to sit at the top of the Guinness PRO14 Conference A.

Matt Fagerson started all four games at Number 8 and was involved in a number of tries, including length-of-the-pitch scores against the Blues and Munster and he also scored one of Glasgow’s four tries at Thomond Park on Saturday. He could feature for Scotland next month after being included in the Scotland squad.

Jonny Gray played in the wins over Zebre and Cardiff Blues and also put in a big performance against Saracens. The Scotland international, who has a career tackle completion rate of 97.6%, has once again been included in Gregor Townsend’s squad for next month’s games against Wales, Fiji, South Africa, and Argentina after an impressive start to the season for his club. 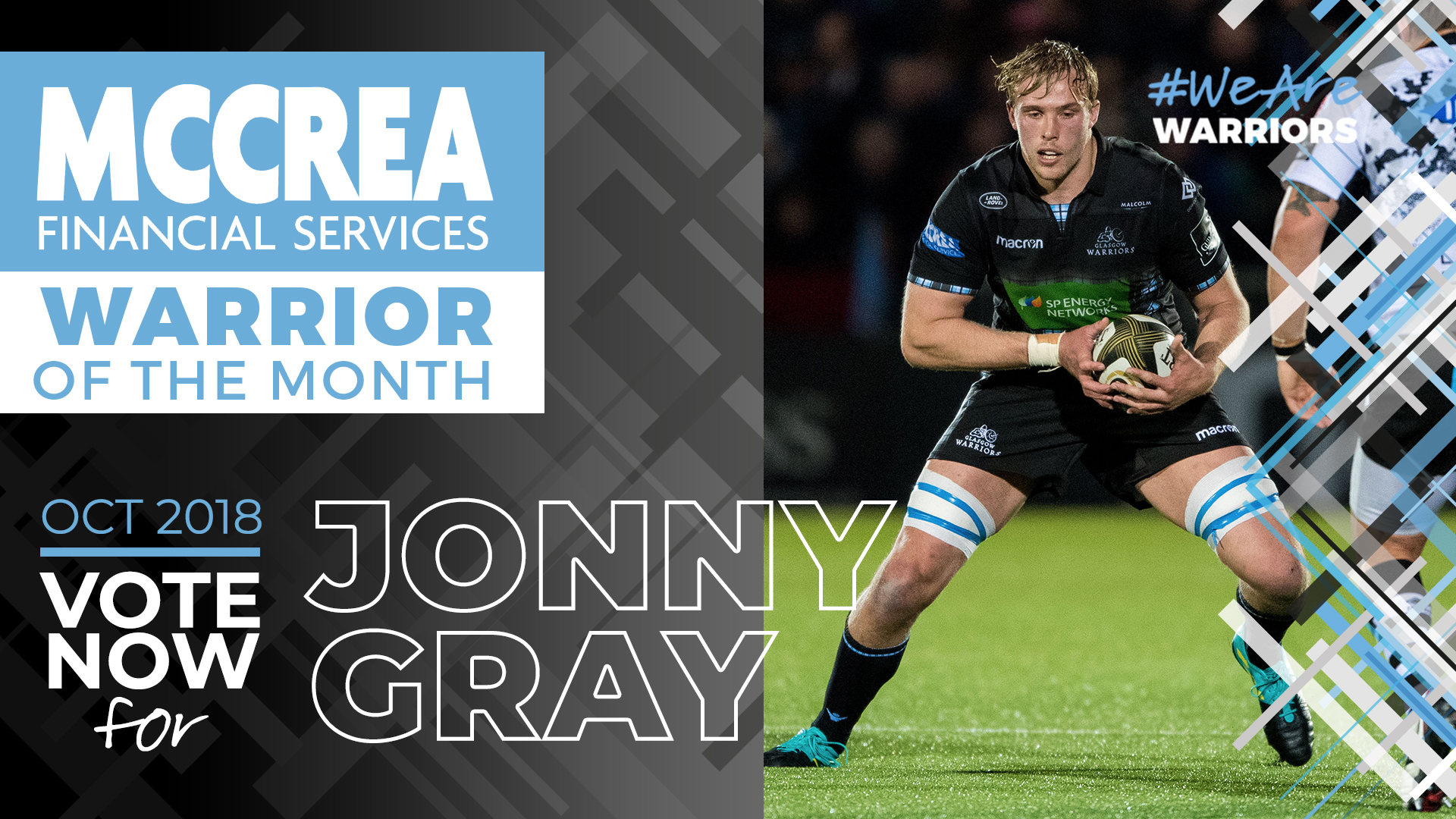 Rob Harley started all four games in the second-row – a position which he has played regularly this season. The club’s record appearance holder was also called up to the Scotland squad for next month’s Autumn Tests and Saturday’s defeat to Munster was his 192nd game in a Warriors shirt. 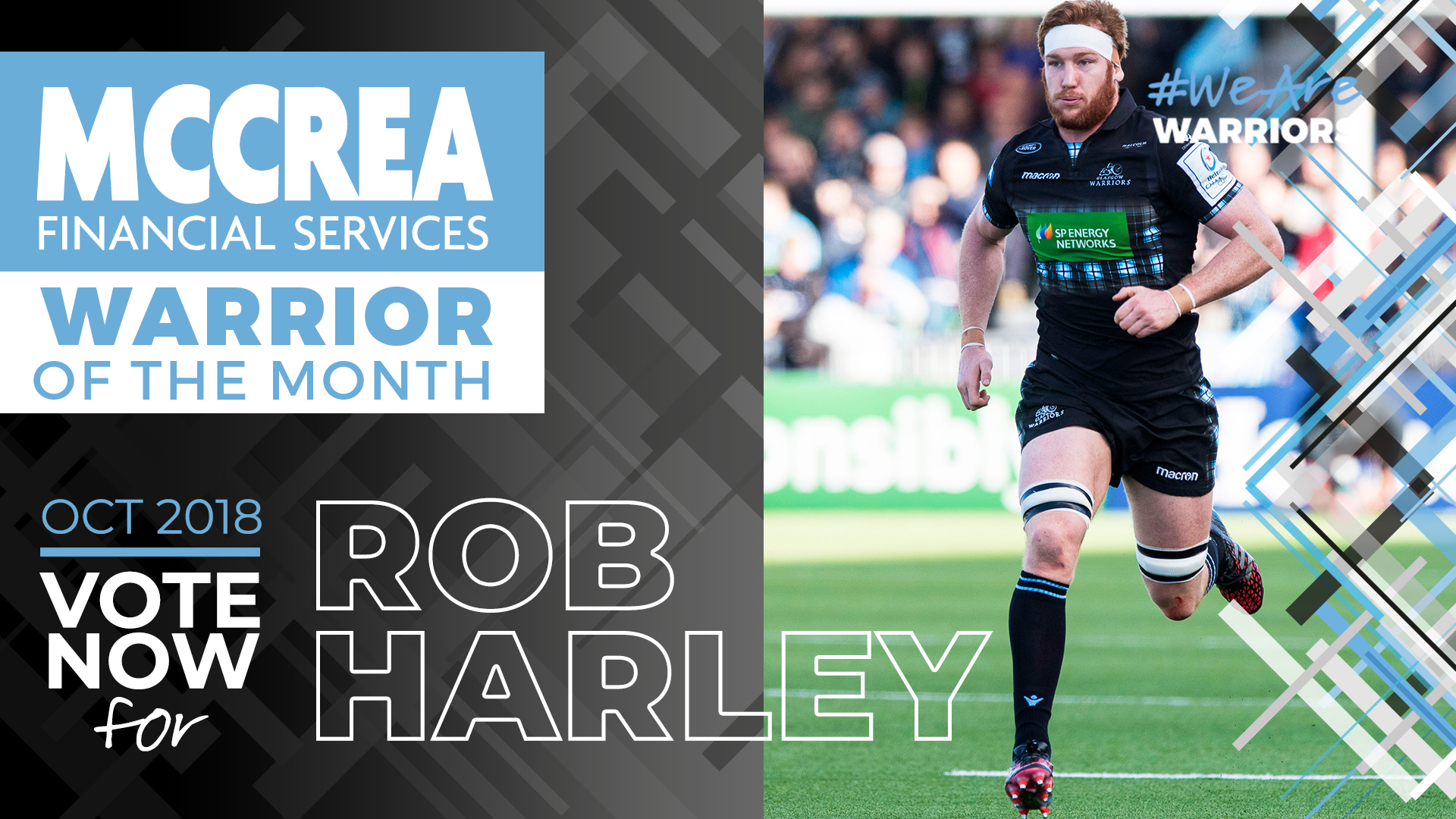 It was another memorable month for the club’s record try scorer DTH van der Merwe, who notched his 51st try for the club in the win over Cardiff Blues and also featured against Saracens. The Canada international, who has also been called up by his country, looks like he’s enjoying his second spell in Glasgow. 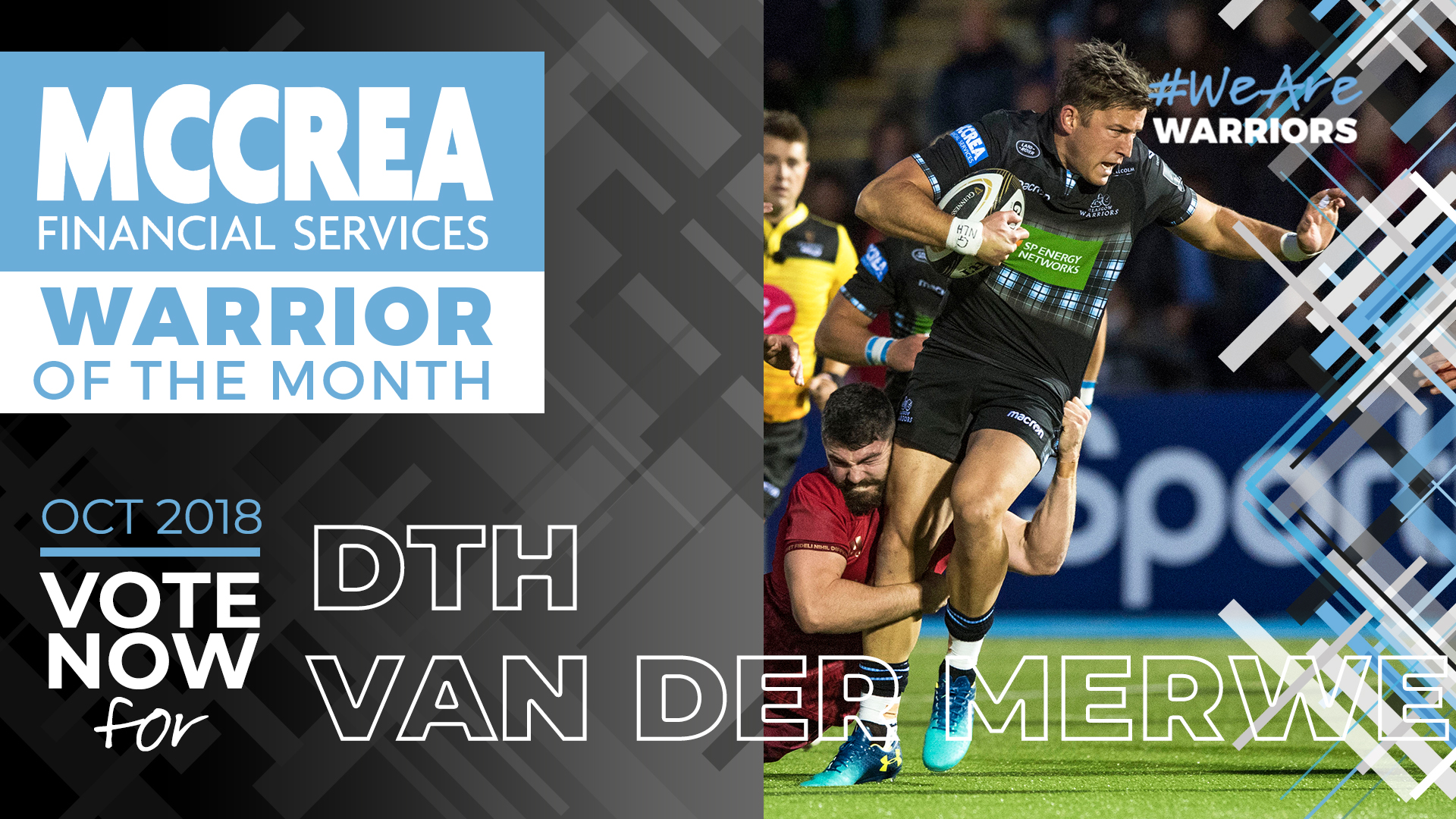 Don’t forget you can follow us on Twitter and Facebook where we run regular competitions with Warriors as well as providing useful updates and the latest news for getting the most out of your finances.