Warrior of the Month for December Voting now open

Five players are in the running to win the McCrea Financial Services Warrior of the Month award for December and supporters can this month vote HERE.

December was a month which saw the Warriors win back-to-back games against defending Top 14 champions Racing 92 and come out on top against Edinburgh Rugby on Boxing Day.

The month started with a narrow loss to Munster at Scotstoun and ended with a bonus-point win over Benetton Treviso in Italy. 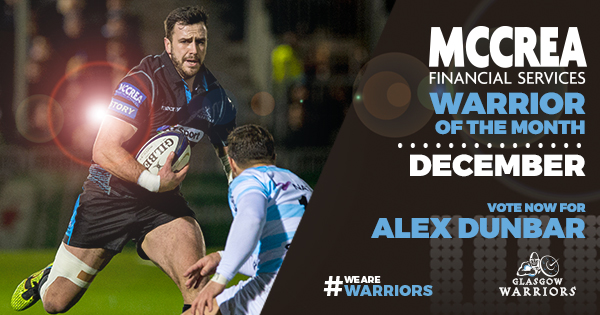 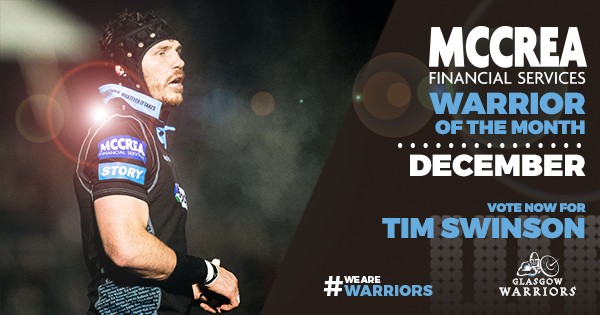 Finn Russell was named Man of the Match in both games against Racing 92, while Tim Swinson was ever-prominent in the second-row playing in the wins over Racing 92, Edinburgh Rugby and Benetton Treviso. 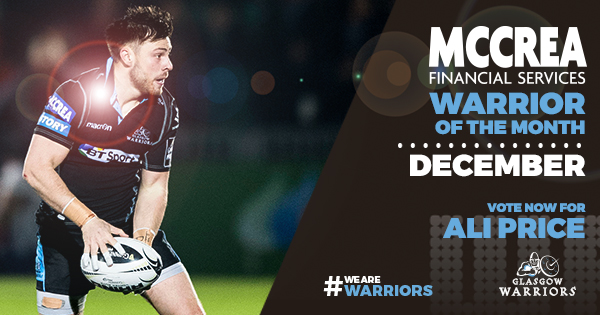 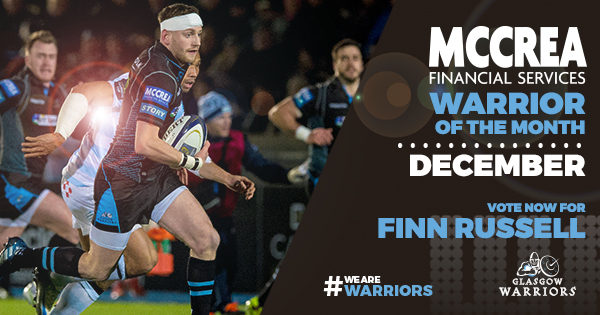 Please note this month supporters can vote for their Warrior of the Month on the Glasgow Warriors official website (glasgowwarriors.org) HERE rather than on twitter with voting closing at 1pm this Friday 6 January.