As fellow sponsors and watchers of Glasgow Warriors, McCrea Financial Services and Story Contracting recently teamed up to bring you our #warriorswatchers competition. We wanted to find out who you watched the warriors with for your chance to win brand new Warriors shirts and tickets to the Warriors Vs Ospreys game on Saturday 9th September for you and your favourite #warriorswatchers!

We had some fantastic entries from some great Warriors supporters, you can see some below: 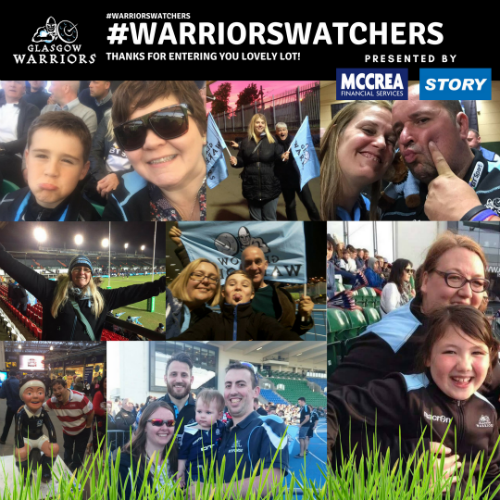 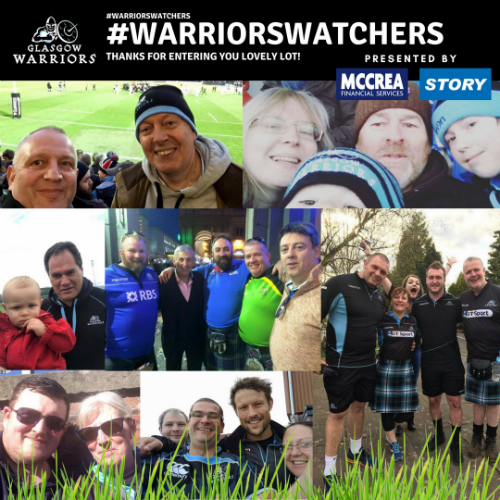 With so many brilliant #warriorswatchers entries it was so hard for us to choose a winner, but we finally came to a decision with this great entry from David & Kara who became our warrior’s watchers winners!

We managed to catch up with David & Kara our #warriorswatchers winners at the Warriors Vs Ospreys game to congratulate them and award them with their Warriors shirts and game tickets, they were especially delighted when Greg Peterson and Fraser Brown appeared to surprise them with their prizes! 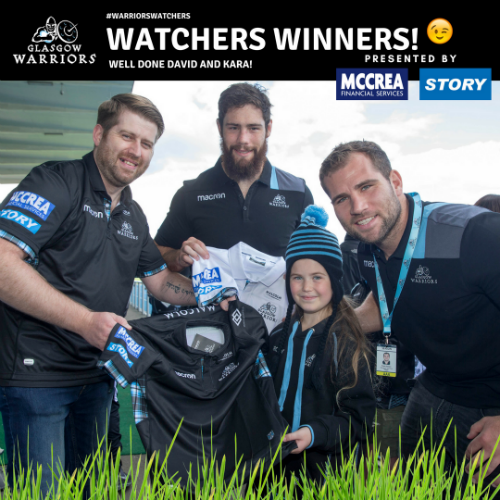 We’d like to thank everyone who entered, we had tons of amazing entries from a great bunch of supporters.