Who will be your Warrior of the Month for December?

It was an up and down month for Glasgow Warriors during December.

Starting with a famous victory over the Scarlets at Scotstoun Dave Rennie’s men then went on put one foot in the Heineken Champions Cup Quarter Finals with back to back wins over Lyon. However, 2018 came to a disappointing end as Glasgow lost home and away to Edinburgh meaning the 1872 Cup remains in the Capital for another year. With five games to choose from, the Glasgow Warriors coaching staff have nominated four players to be McCrea Financial Services Warrior of the Month for December. 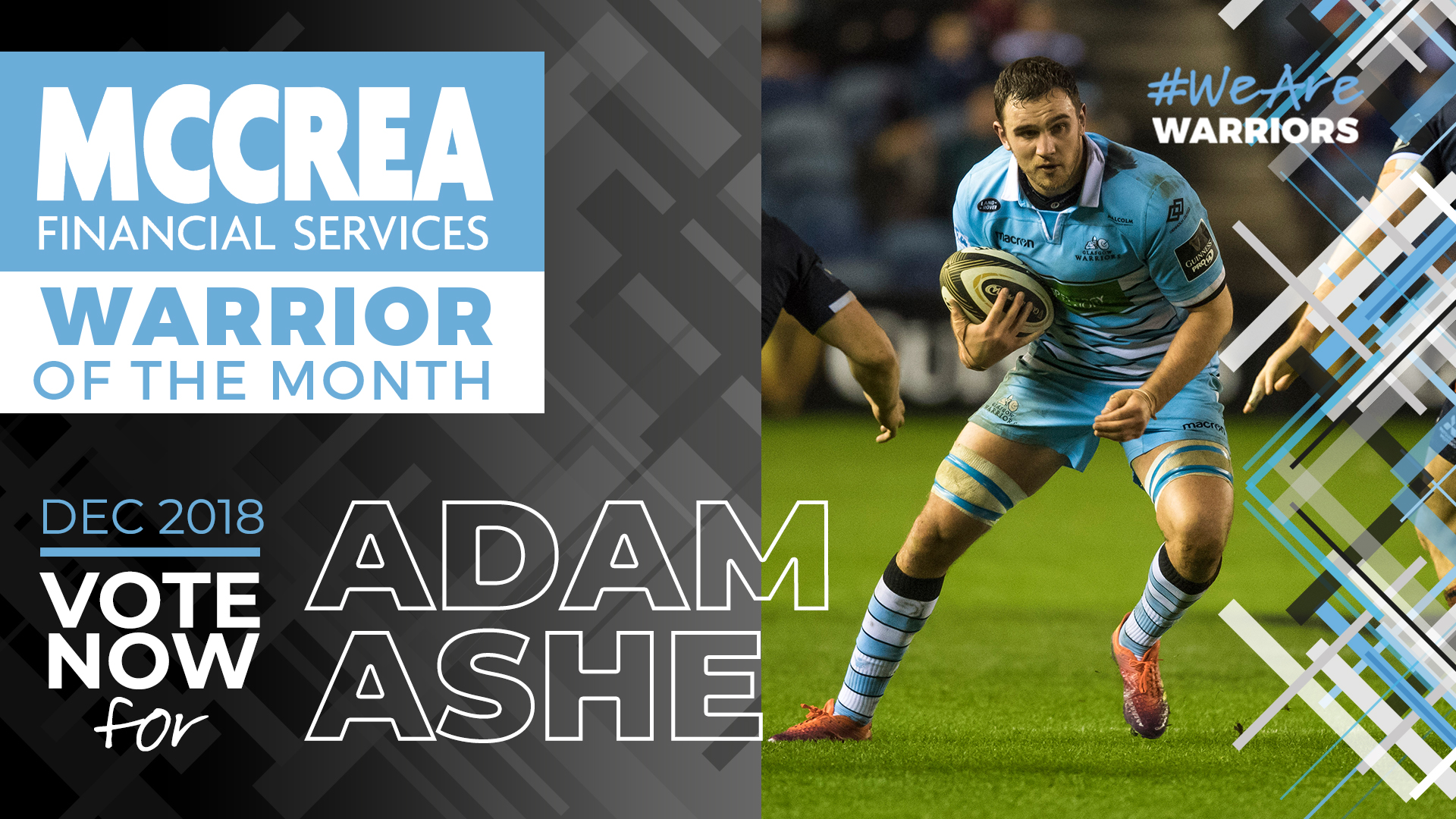 Glasgow’s dominant performances at the beginning of the month came hand-in-hand with the loose-forward’s return to his best form. Starting at number 8 against the Scarlets, Ashe had to front up once Alex Allan saw red and Glasgow were reduced to 14 early in the match. He then scored twice away in France having switched to the blindside in the starting XV. 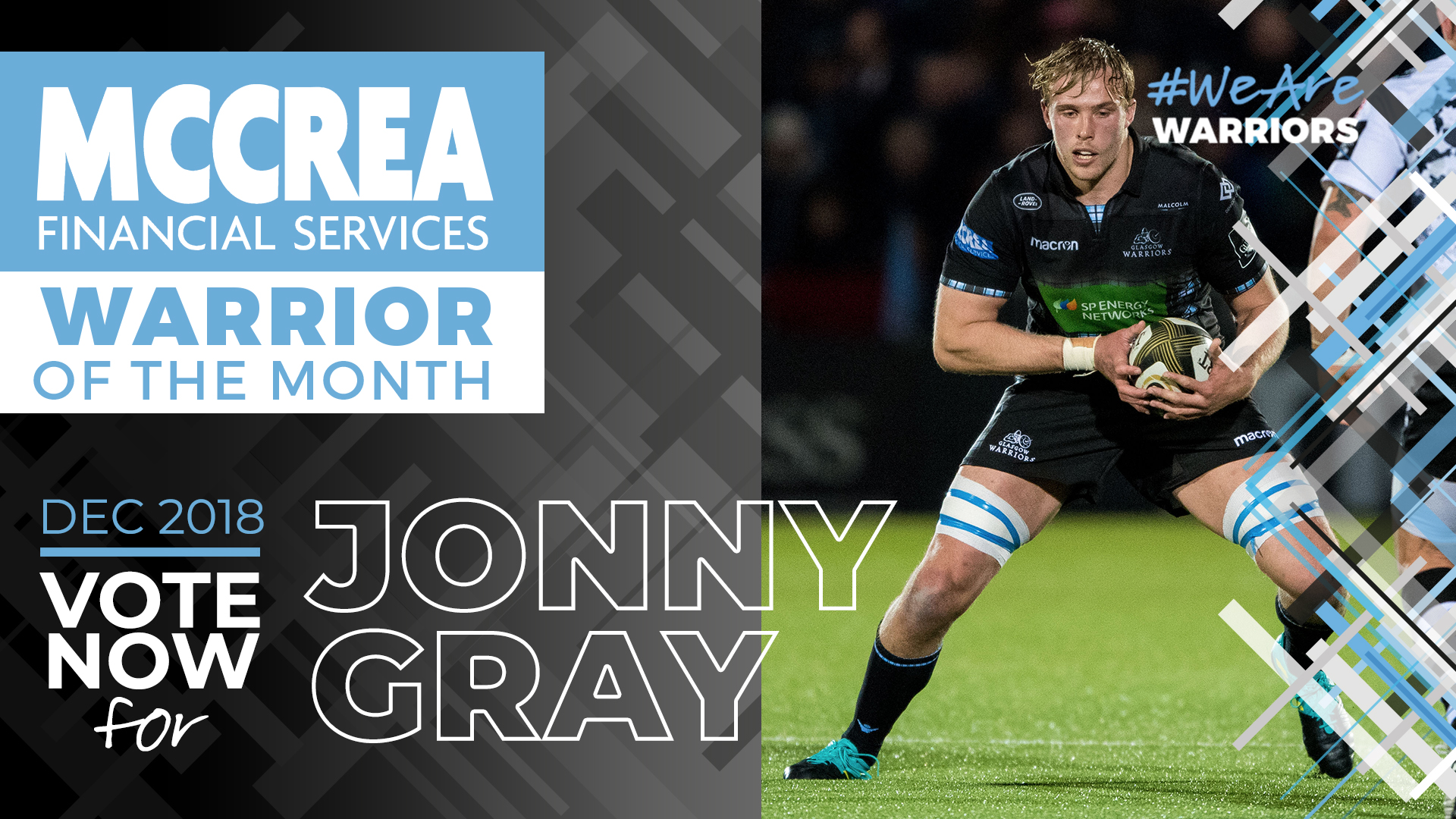 Gray’s workmanlike performances continue to fly under the radar of many but his reliability both with and without the ball have impressed his coaches and he receives yet another Warrior of the Month nomination. Starting in both games against Lyon and both against Edinburgh, the 24-year old’s impressive stats were a display of why he remains to be one of the first names on Dave Rennie’s team sheets. 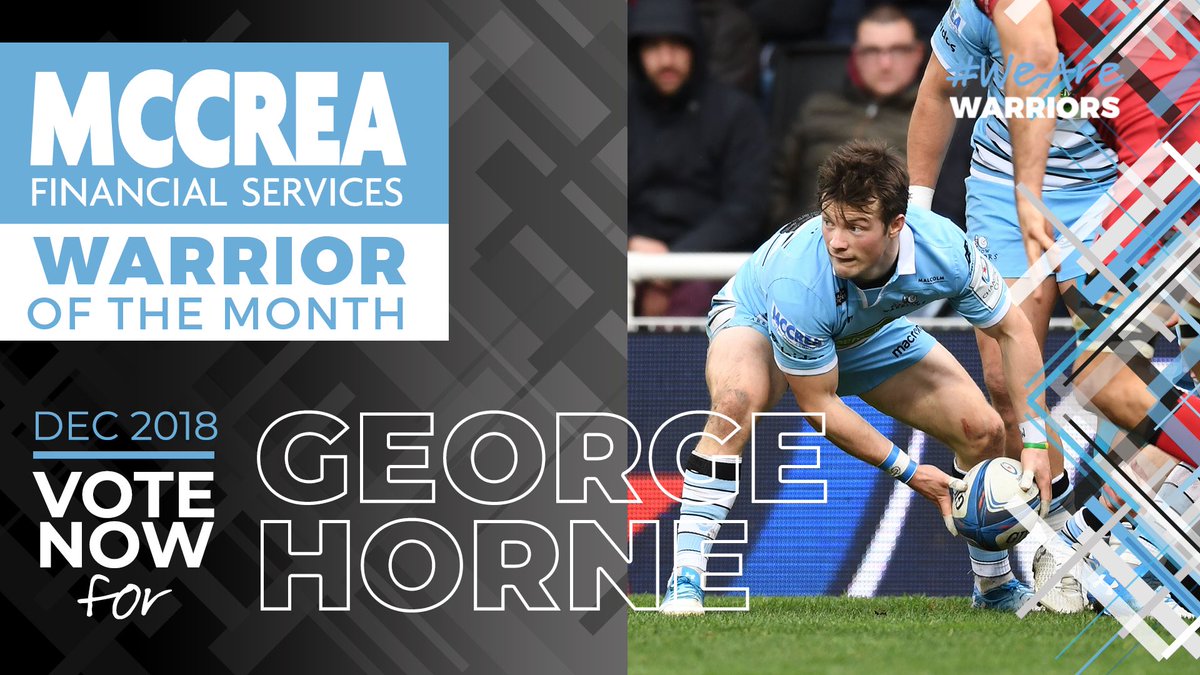 Having signed a new contract in December, the scrum-half has maintained the ‘one try in two games’ ratio that saw him burst on to the scene in his first season as a professional last year. Named Heineken man of the Match against Lyon in France after setting up and scoring a try, Horne was rested in the reverse leg and was a try scorer again as Glasgow fell to Edinburgh at home in the final game of the season. 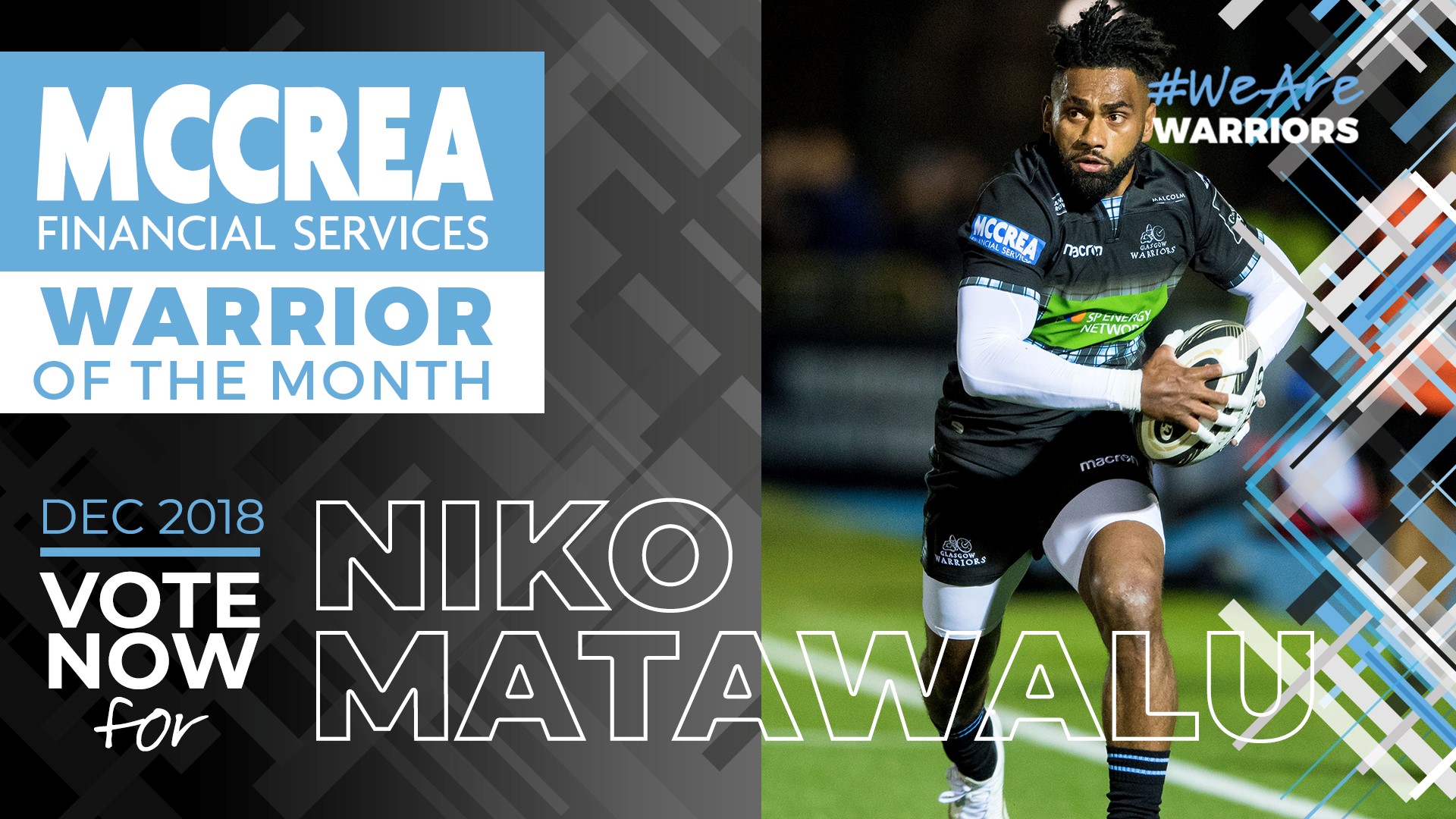 Another player to re-commit to the club in December, it was Matawalu’s defensive display against the Scarlets that earned him plaudits as opposed to his usual attacking flair. He went on to make a late cameo in Warriors’ bonus point victory away to Lyon before being named man of the match in torrential conditions at Scotstoun, bagging a brace of tries in the process.

You can vote for your choice of Warrior of the month here -  Voting closes at 5pm tomorrow.