Your Glasgow Warriors Team of the Decade

McCrea Financial Services has revealed the XV players chosen by Glasgow Warriors supporters who take their place in our Team of the Decade.

Hundreds of supporters participated in the online vote, with many of the positions resulting in a fierce battle between the top stars of the last ten years.

At full back, it was fairly conclusive with Stuart Hogg receiving a whopping 93% of the vote. It was great to see Berni Stortoni get a wee look in though!

Tommy Seymour was one of only three players to net over 50% of the vote in their position. He’s named at right wing.

Mark Bennett, the only player in the McCreas Team of the Decade with an Olympic medal saw off the challenge of Alex Dunbar by just 2% and takes his place as outside centre. In some regards that’s fortunate because Alex had already secured his place at inside centre!

DTH Van Der Merwe, the club’s leading try scorer of all time, was convincing in taking his place on the left-wing, with two thirds of the vote in this position.

Finn Russell, who leaves Warriors this summer, was also a convincing winner at No. 10 seeing off the challenge of another world-class fly half in Dan Parks.

The tightest battle for a place in the XV came at scrum half where Chris Cusiter secured a slot with one vote more than Niko Matawalu!

In the forwards, the man who lifted Glasgow’s first PRO12 trophy in 2015, Al Kellock along with Jonny Gray are named at lock. They saw off a big challenge from Leone Nakarawa!

McCreas own Doug Hall narrowly lost out on a place in the team to Fraser Brown (hooker). Gordon Reid was named loose head prop.

Zander Fagerson is named at tight head, after beating off TWENTY-ONE (21) other players in this position!

Record appearance holder Rob Harley and John Barclay were dominant in their respective positions at flanker; and the same can be said for No. 8 Josh Strauss with 49% of the vote. 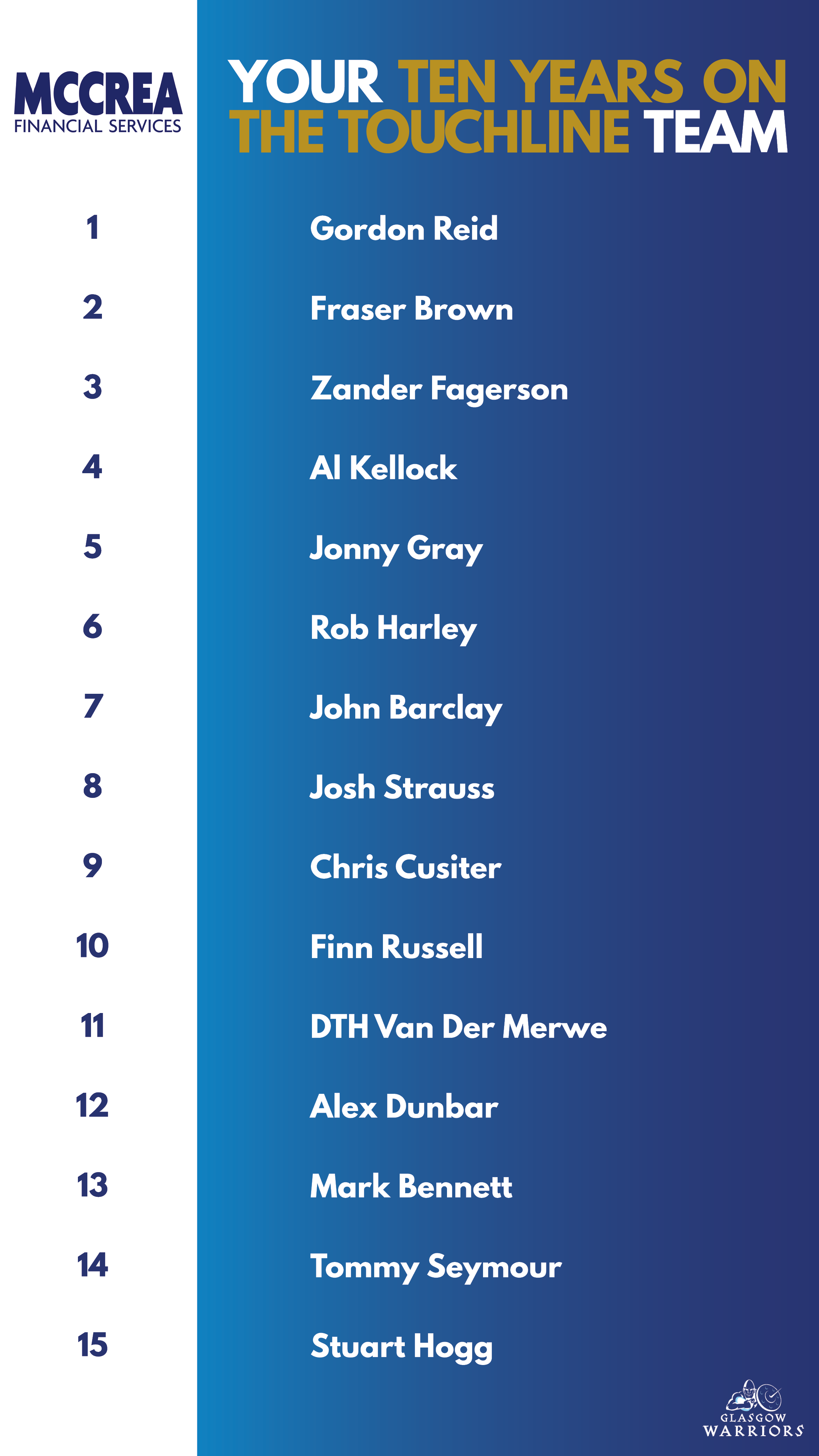