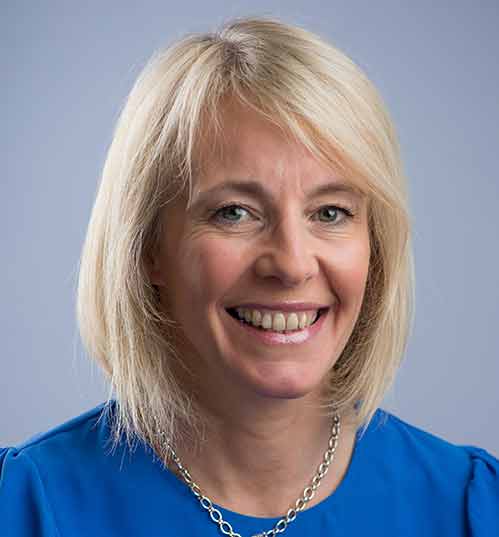 Upon starting at McCreas, Lesley was involved in the expansion and progression of the company during its formation, and now primarily works as an Audio Typist, occasionally assisting with administrative roles when required.  Lesley supports Managing Director, Douglas McCrea and three other advisors.

I previously worked with Douglas McCrea for three years in another firm of financial advisers, then joined him when he set up the company in April 1999.  I was a full time employee then and came back part-time in 2006 after my second son was born.  Prior to that I worked as a Shorthand Typist/Administrator in a firm of Chartered Accountants for a good number of years.

Favourite things about working for McCreas

McCreas is a good company to be a part of; there is such a great team of people who are friends as well as colleagues.

Out of the office

I enjoy spending time socialising with family and friends. I also enjoy keeping fit by attending the gym and fitness classes. I am planning to continue hill-walking which I took up in preparation for the McCrea Financial Services Three Peak Challenge, successfully undertaken in June 2018 in aid of our 2018 Charity Partner, Action for Children Scotland.