Head Coach Dave Rennie has shortlisted four members of his playing squad for the final McCrea Financial Services Warrior of the Month award of the 2019/20 campaign.

The club secured three significant victories during the month of April, going unbeaten to secure a home Guinness PRO14 semi-final for the second successive season.

A 30-7 bonus-point win at home to Ulster was followed by a famous 39-24 victory away to Leinster, in which a monumental defensive effort backed up a rapier-sharp attack.

The Warriors then concluded their regular season campaign in style, brushing aside Edinburgh by 34-10 in front of a capacity crowd of 10,000 at Scotstoun.

The quartet in contention for the award each played an important role in each of the three victories, as Glasgow continue their pursuit of a place in the Guinness PRO14 Final at Celtic Park later this month.

Scotland international hooker Brown was to the fore during the month of April, making a significant impact in each of the club’s three matches. 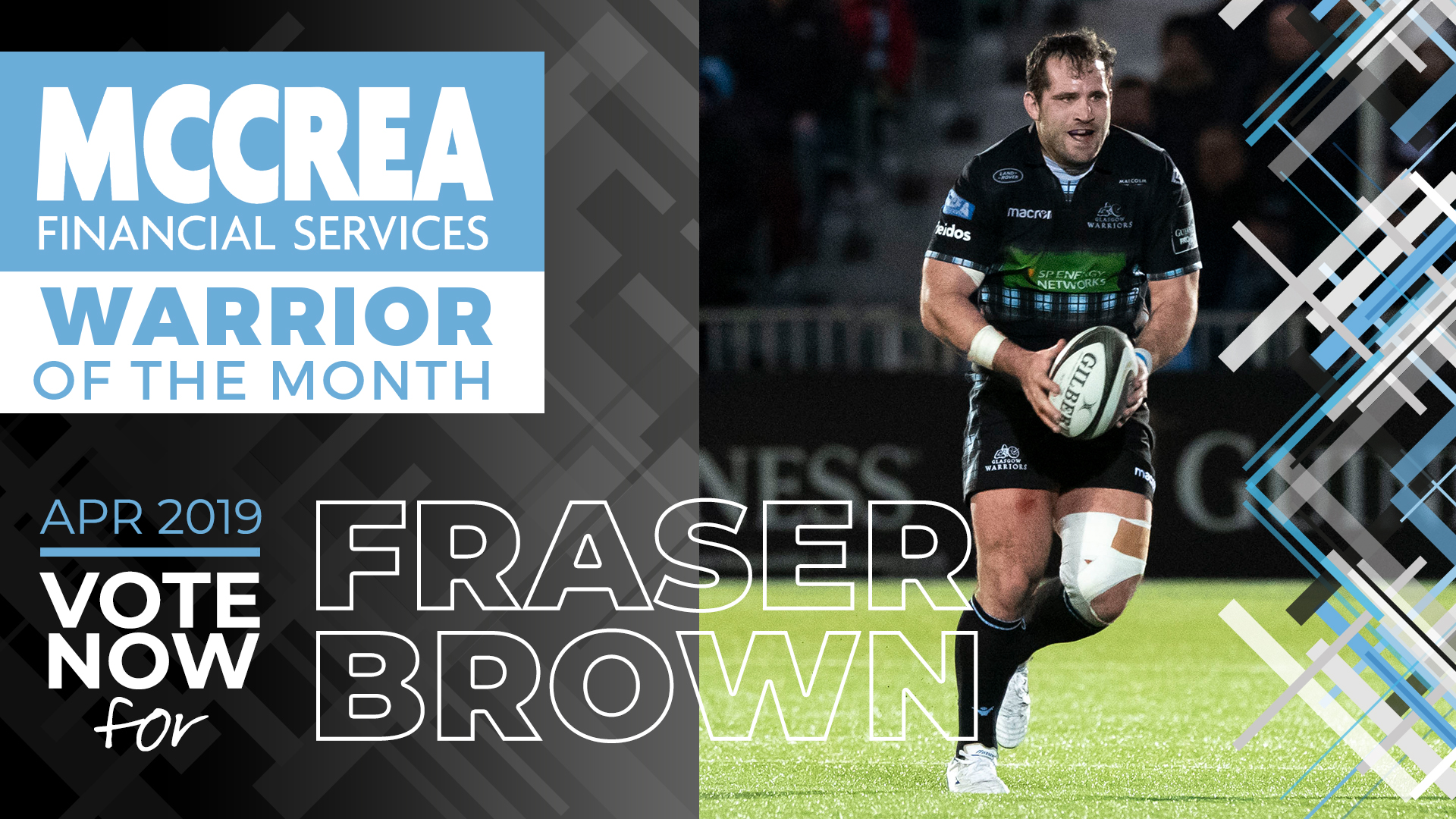 The 29-year-old touched down for his eighth club try in the victory over Ulster, before recording an impressive 28 tackles at the RDS in the defeat of Leinster.

Brown finished the month by leading the Warriors out as captain against Edinburgh, helping his side to a bonus-point victory over their rivals from the east.

His defensive prowess is well-known throughout the rugby world, but Jonny Gray’s performances during April made pundits and supporters alike sit up and take notice. 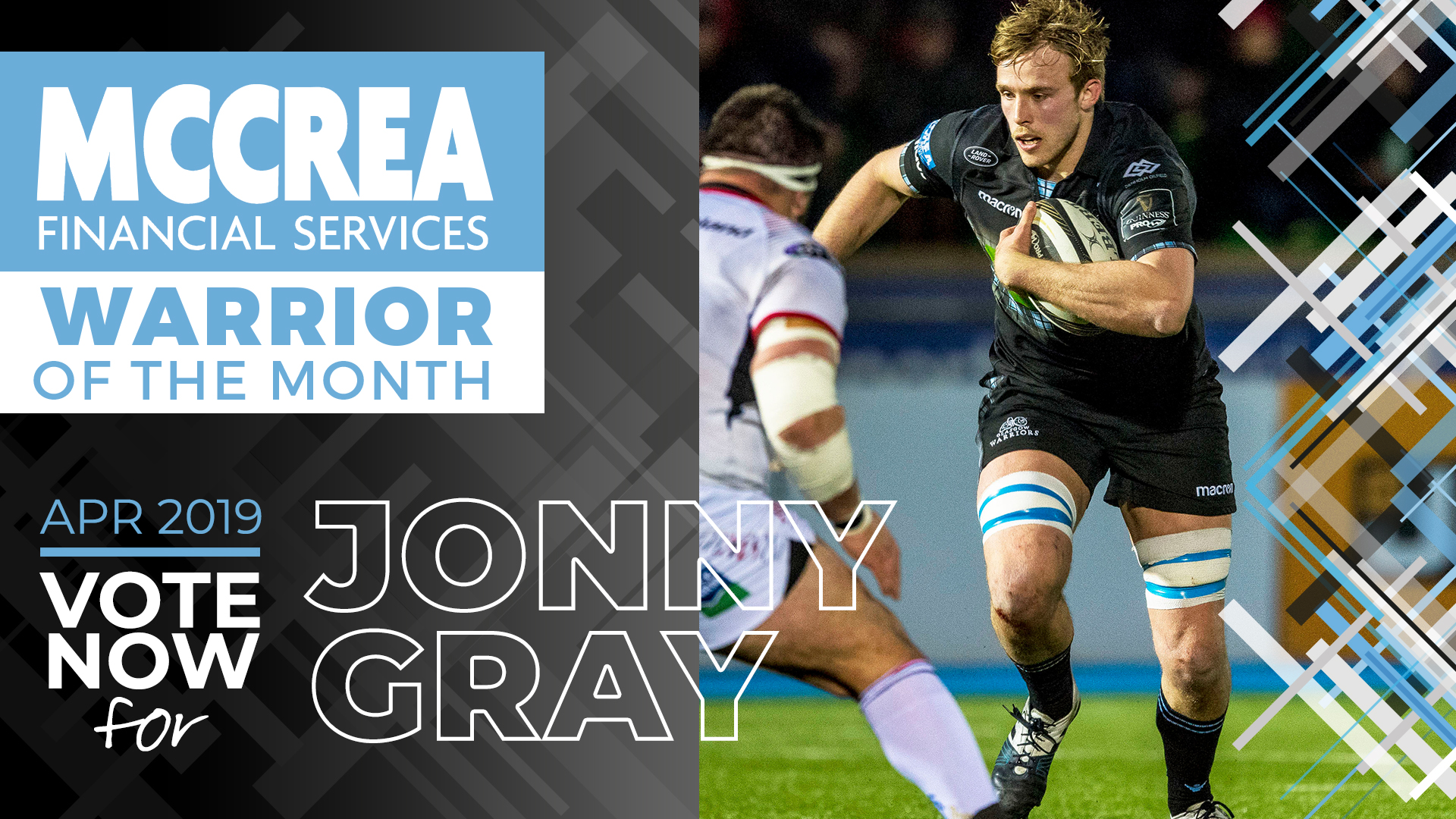 The month began in landmark fashion for the second-rower, as he joined the Glasgow Warriors Centurions club in the victory over Ulster – claiming the Man of the Match award on his 100th appearance to boot.

Yet it will be his performance against Leinster that will live longest in the memory of Warriors supporters, setting a world record of 43 tackles in a single game in an outstanding defensive display.

25-year-old Price once again showed his value to the Warriors attack in his club’s three matches in April, with the scrum-half playing a key role in keeping his side’s attack ticking. 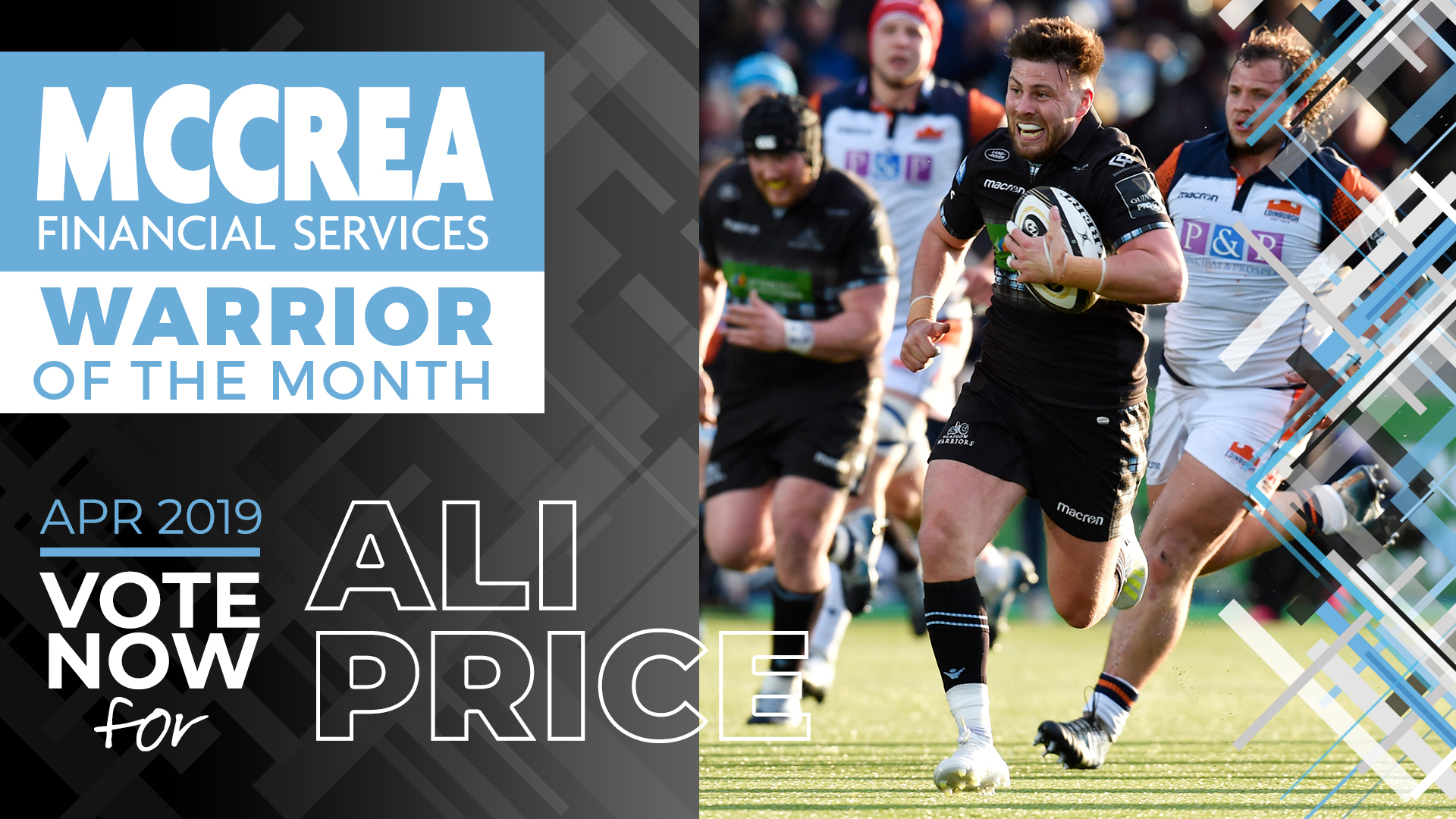 The newly-crowned McCrea Financial Services Player of the Season set up Sam Johnson for the Sterling Try of the Season in the win over Leinster, his darting break and clever reverse pass putting the centre clear.

Price then got on the score-sheet himself in the win over Edinburgh, tracking a Stuart Hogg break to perfection before racing home from 30 metres.

One of the best in the try-scoring business, Glasgow winger Seymour crossed the whitewash in each of his side’s three matches in April. 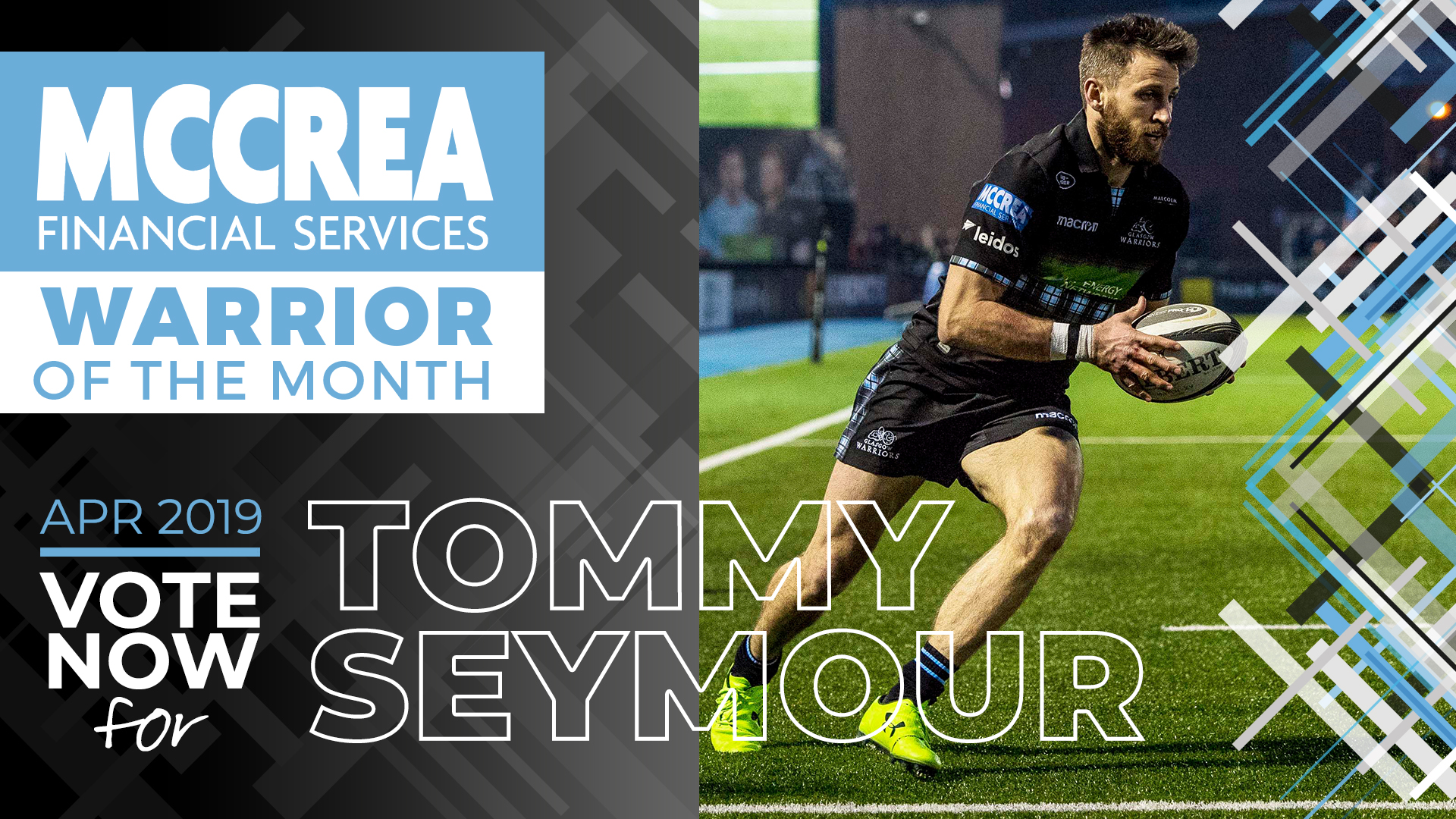 A try against former club Ulster saw him begin the month in style, with his performance also including a brace of try-saving tackles against the Belfast-based outfit.

The 2017 British and Irish Lion followed up that score with a well-taken try in Dublin, before applying the finishing touch to a scintillating score against Edinburgh in front of the capacity crowd.

Supporters can vote for the McCrea Financial Services Warrior of the Month via the official Glasgow Warriors Twitter Account until 4pm on Friday.