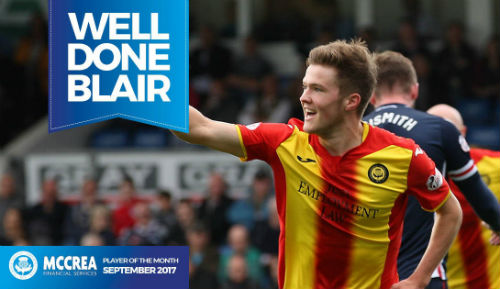 Blair Spittal has been voted the McCrea Financial Services Player of the Month for September. 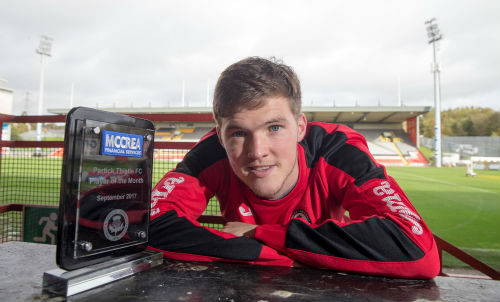 On receiving the coveted monthly trophy Blair said: “While it is great to pick up the award – especially as it was voted for by fans – the focus is 100% on getting that win. I’m happy to have my individual performances recognised but we need to start working as a team if we are to turn results around on the pitch.

“The important thing is that everyone is pulling in the same direction and we have the quality in this dressing room to turn things around and kick on to make this another special season. For now though, all of our focus is on the Dundee game and getting those all-important three points.”