Blair Spittal became the first recipient of the McCrea Mortgages Player of the Month award for the 2020/21 season after a poll which cannot be disputed, scooping more than two thirds of all votes cast. 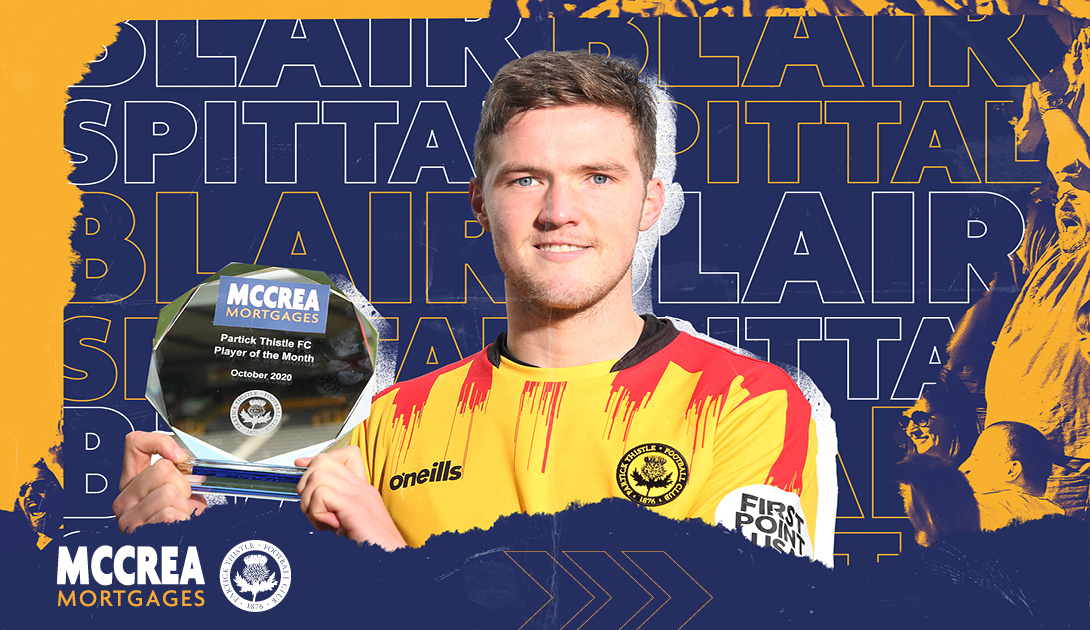 Thistle’s number six only arrived on loan hours before our opening competitive match of the season but has already found the back of the net twice in the early stages of the campaign. Blair’s second debut as a Jag saw the creative midfielder get on the scoresheet a matter of minutes after coming off the bench at St Mirren in the Betfred Cup. Having not kicked a ball in over six months, Spittal has been building up his match sharpness in October, while still making a strong contribution to the team throughout the month. A thunderbolt of a strike against Airdrieonians smashed off the post before he curled home the winning goal in our last game at Firhill. Only an incredible save from the goalkeeper denied Blair a third Jags goal of the campaign in our trip to play Cove Rangers last weekend. 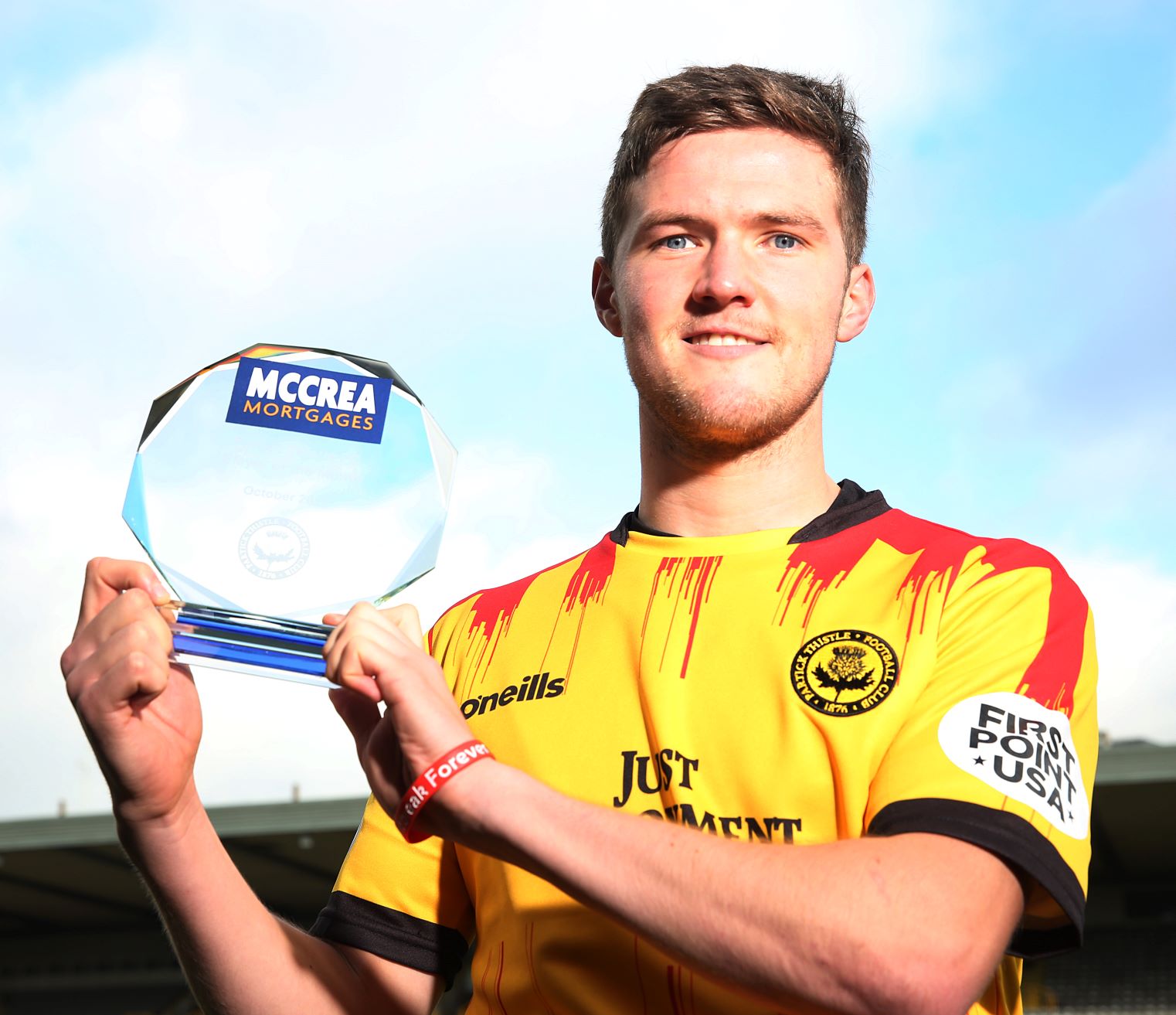 After receiving the award at Firhill, Blair said:

“While it is great to pick up the award – especially as it was voted for by fans – the focus is 100% on picking up three points on a Saturday. We’ve not started the season in the fashion that we’ve wanted to and it is up to us to work hard as a team on the pitch to get the results we want.

“It’s been great to get back playing, especially since I hadn’t kicked a ball since prior to the Lockdown in March, so I’ve had to build up my match fitness in the last month. I completed the full 90 minutes last weekend against Cove but now all of our focus is on the Falkirk game and getting those all-important three points.”

Part of McCrea Financial Services, McCrea Mortgages recognise that for most people, their mortgage is probably the single largest financial transaction they are like to undertake. At McCreas, we have over 20 years’ experience dealing with all aspects of mortgages and are not tied to any particular company, bank or insurance provider which allows us to find the right mortgage for our customers.  Browse some of our information here or why not contact the mortgage team direct by email here.