Gray, Grigg, Jackson or Smith - who gets your vote for December Warrior?

Dave Rennie has revealed the four players who will be in the running for the McCrea Financial Services Warrior of the Month award for December. 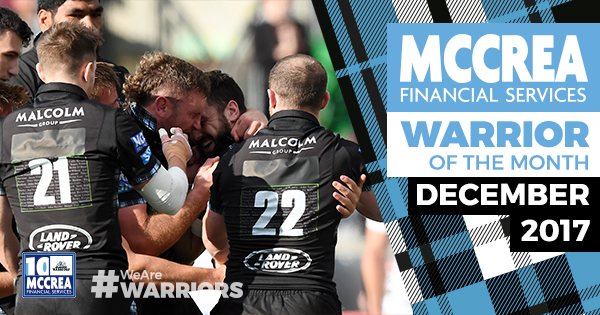 Jonny Gray, Nick Grigg, Ruaridh Jackson and Matt Smith have been selected for their performances in a Warriors shirt last month.

McCrea Financial Services Warrior of the Month nominations for December: 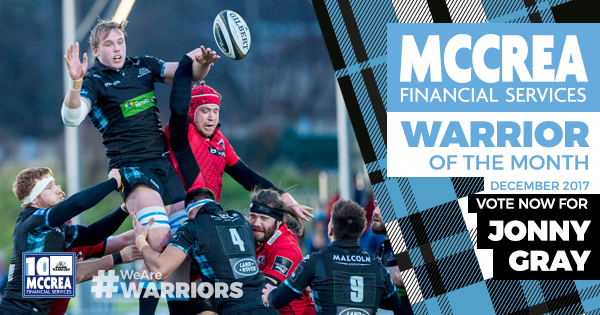 Gray signed a new two-year contract last month and captained the side in the double-header against Edinburgh Rugby. Following the disappointing defeat to Edinburgh at BT Murrayfield, he helped pick up the players and help them record a 17-0 win at Scotstoun in the final game of the month. 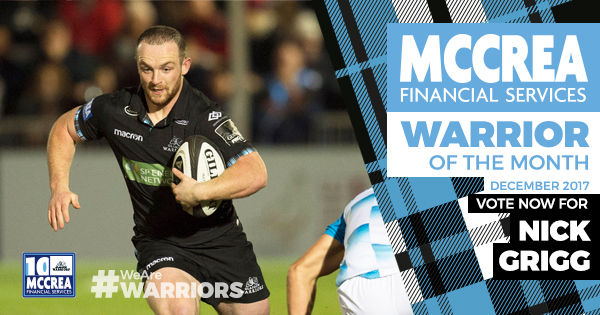 Grigg came into the side following the Edinburgh defeat and was impressive in both defence and attack as the Warriors got back to winning ways, which ultimately saw them open up a 15-point advantage over second-placed Munster. The Scotland international, who was voted the Players’ Player of the Season last year, started in the defeat away to Montpellier and the win against Edinburgh Rugby at Scotstoun. 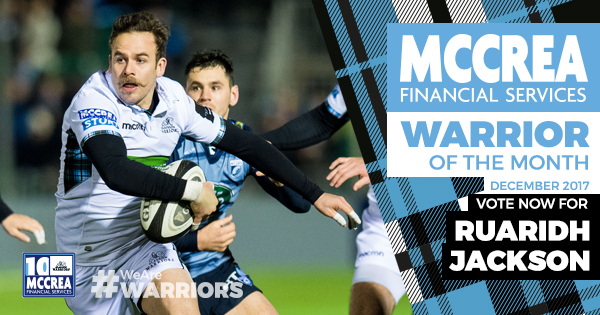 Jackson has played in every Guinness PRO14 game for Glasgow Warriors this season and in three out of the four European Rugby Champions Cup matches – only missing the defeat to Leinster in October. The Scotland international has fitted in well since returning to the club in the summer with a number of impressive displays at full-back. 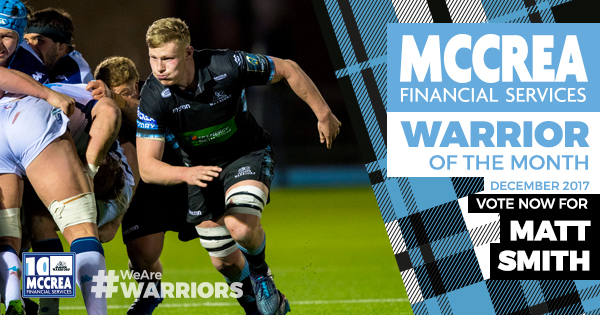 Smith played in all five games during the month, putting in a number of impressive displays, mainly at open-side. With Callum Gibbins out of action with an achilles injury, Smith did really well in his absence. Still only 21, Smith has shown over the last few weeks that he’ll be an important member of the squad this season.