Nick Grigg has been voted the McCrea Financial Services Warrior of the Month for February on the eve of Scotland's NatWest 6 Nations match against Italy.

The centre, who will win his fourth cap in Rome tomorrow after being named in Gregor Townsend's starting XV, received more than 50% of the votes on the Twitter poll. Italy international Leonardo Sarto presented Nick with his award ahead of tomorrow's game. 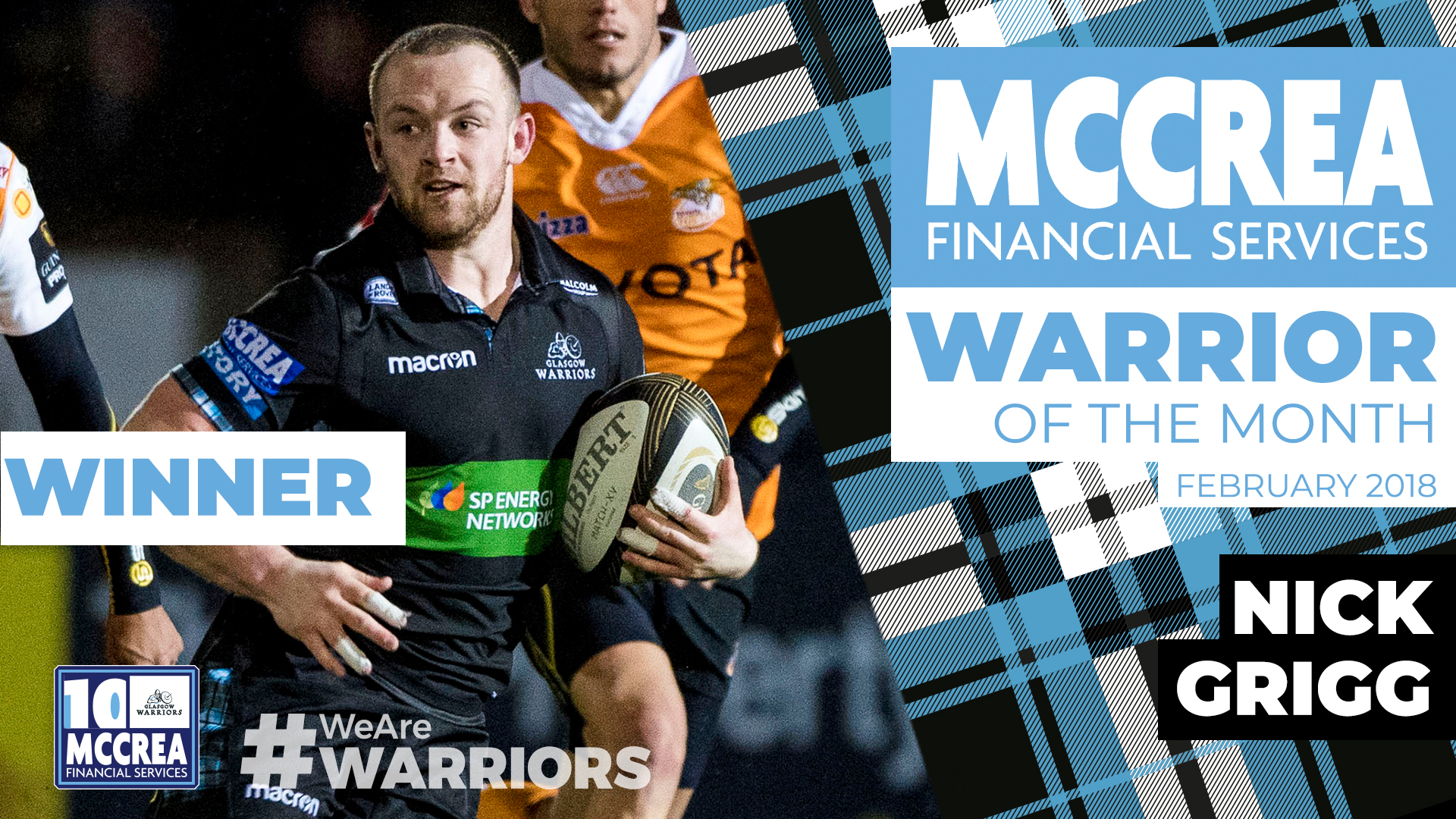 In a Glasgow shirt during the month of February, Grigg started the win over the Cheetahs and the draw against the Dragons at outside centre.

He also came on as a second-half replacement in the famous win over England, his first appearance for his country at BT Murrayfield.

Speaking to Warriors TV at Scotstoun before departing for Italy, Nick Grigg said: "It's amazing to win this award. Thanks to the supporters who voted for me and thanks to everyone for their support.

"I'm really grateful to get the opportunity to start for Scotland tomorrow and hopefully play the whole game and put in a good performance. February was a good month for me and leading into the end of the season you can't ask for much more, so I'm excited for what's to come."