Horne wins his Second Warrior of the Month Award!

Scrum-half George Horne has been voted the McCrea Financial Services Warrior of the Month for the second time this season. 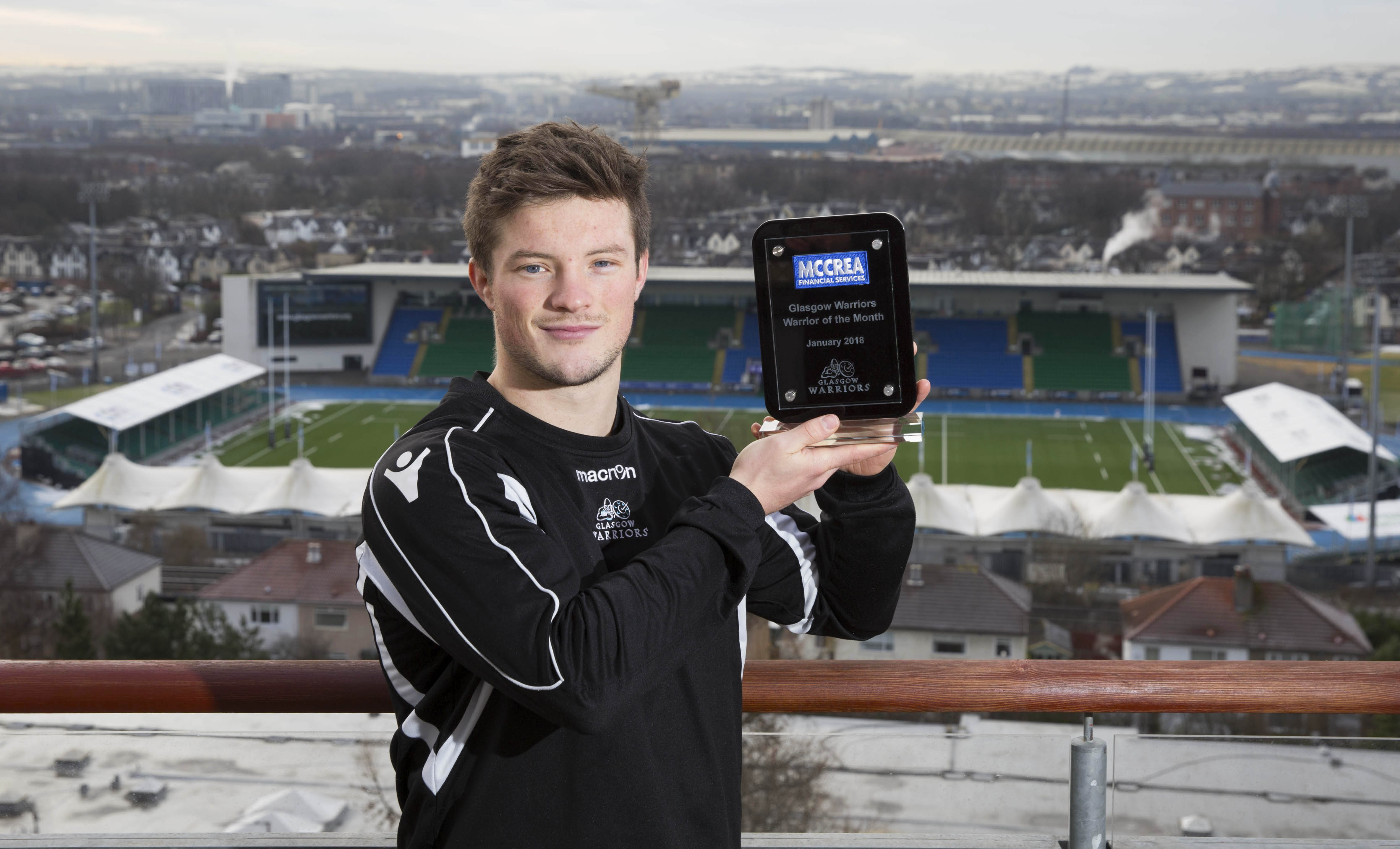 The 22-year old is enjoying his first year as a professional, scoring seven tries in eleven appearances for the Warriors this season.

Horne also won the award back in November playing an instrumental part in Glasgow’s Guinness PRO14 victories over Leinster and Ospreys.

His try scoring form continued into the new year, getting on the scoreboard in Warriors’ bonus point victory over Zebre in Parma, picking up the man of the match award in the process.

On the bench for the defeat at the RDS, Horne was promoted back to the starting XV for the visit of English Champions Exeter Chiefs to Scotstoun and assisted three of Glasgow’s four tries in a famous victory.

Earning nearly 50% of the supporters votes he was the clear winner and received his award overlooking Scotsotun stadium.

Speaking to Warriors TV, Horne said: “I’m loving my rugby at the minute. There’s a great mood around the camp and I think that’s shown through some of our performances in the PRO14 this season.

“It’s means the world that the fans have voted for me for a second time. The support at Scotstoun makes a difference but also away in Zebre last month it’s great to see how many fans made the trip and hopefully we can repay their continued support by continuing to win matches.”

You won’t need your own flat overlooking Scotstoun to watch the Warriors v Cheetahs game next Friday night as we have two tickets to give away together with the signed winners board from your January Warrior of the Month, George Horne.

Simply email competition@mccreafs.co.uk with your name and contact telephone number to be entered into the draw to win. Draw will take place Monday 12th Feb 12.30pm and winners will be notified on the same day.