It's time to choose your October Warrior of the Month

The four players nominated for the McCrea Financial Services Warrior of the Month award for October have been revealed.

October was a fruitful month for Mark as he scored three tries, one in every game he played in. Rested for the trip to Zebre and a late call-up to the starting XV for the home game against Leicester, Mark secured the bonus point with his intercept try taking the game away from the Tigers. He also crossed the whitewash coming off the bench in Warriors’ defeat in Limerick and showed his great feet to score against Treviso at Scotstoun a week later. His impressive form earned him a recall to the Scotland squad for the Autumn internationals. 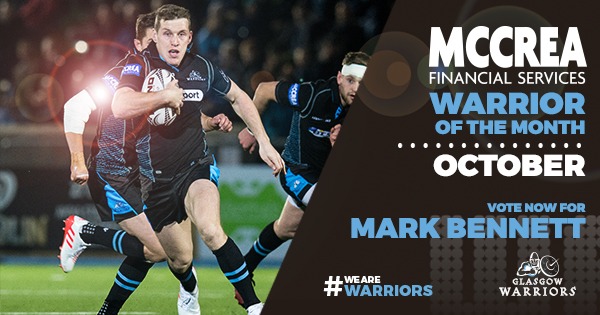 Nominated for the second time this season, Glasgow’s co-captain continued his GUINNESS PRO12 form into the European Rugby Champions Cup and was an instrumental figure in the sides record victory over Leicester. He also featured in the defeat to Munster and after two rounds in Europe he has made 31 tackles, more than any other player in the competition, missing none. He also celebrated returning to league action against Treviso with his first try of the season. 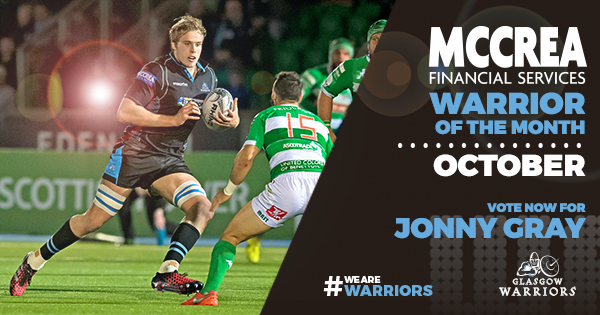 Rory has enjoyed a run in the starting XV during October and after impressive physical displays in the Champions Cup he kept his place on the wing for the Treviso game. He rewarded the faith put in him by scoring twice, his first tries at Scotstoun, and his delight was clear to see as he celebrated with the fans. The young man’s form has earned him an invitation to train with the national side over the coming weeks and he will be looking for more good performances in a Warriors shirt to help him add to his one Scotland cap. 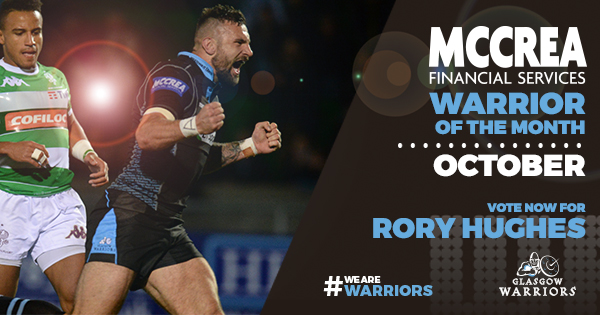 Ryan’s value to Glasgow Warriors was clear to see throughout the month of October, ever present as the side won three out of four games. In the absence of Jonny Gray and Henry Pyrgos he captained the side away in Italy leading them to a bonus point win over Zebre. He displayed his versatility moving around the back row-playing both seven and eight and received a standing ovation from the Scotstoun crowd as he left the field against Treviso last week having put his body on the line for the whole game. 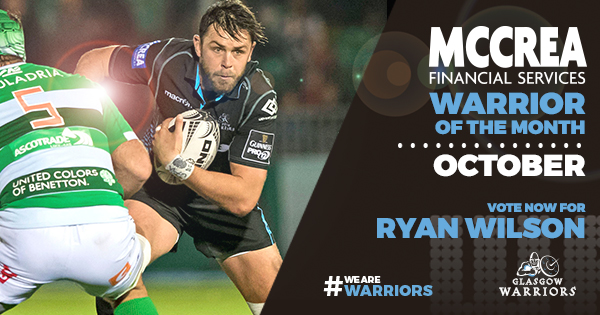