Many of the team at McCrea Financial Services joined the Hillhead Jordanhill Minis on Sunday for a morning of coaching, serving coffee, bacon rolls and especially made Hills Minis cupcakes to the parents and children of both hills and the visiting teams from GHK minis. 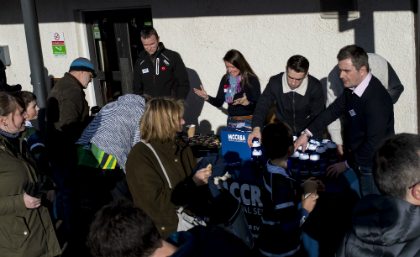 Alistair Matheson one of the volunteers at Hills wrote the match report featured here:

"We welcomed not just spectacular sunshine and GHK to Hughenden on Sunday 11 November but also a good contingent of Warriors players courtesy of HJRFC sponsors McCrea Financial Services. Despite Remembrance Sunday parades which had depleted both clubs, GHK brought strong squads from P2-3 upwards for a 10.00am start in the bright sunshine. 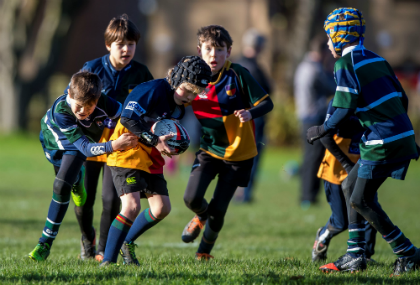 The squads were then treated to some top notch coaching tips from the professional players including former Warriors and Scotland Hooker Doug Hall (now a financial adviser with McCreas) – amazing how much more they listen to someone from the Warriors than Mums and Dads! Everyone got well and truly stuck in and at least one of the Warriors ended up on his back in the mud. 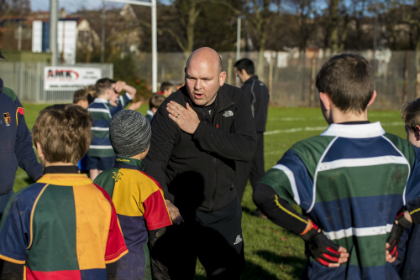 After a well-observed minute’s silence, we got down to the serious part of the day the games. Great to play under blue skies at this time of the year and each team gave a good account of itself some with more success then others but always in a very friendly environment (at least among the coaches) with all hostilities brought to an end by the final whistle. Special kudos to Italian international back row Samuela Vunisa for refereeing his first ever match without needing the TMO. 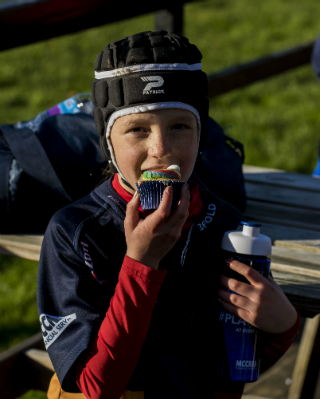 Let’s hope we have some more days like that before the weather closes in!"

With three Warriors players in attendance, a professional rugby photographer available to take pictures for the kids to keep, breakfast rolls and as much tea and coffee as you could manage, served by the team from McCreas, it really was a great day and we were delighted to be a part of it! 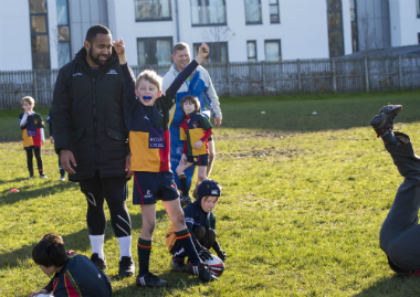 We are also very pleased to confirm that we have a winner from our prize draw which took place on Sunday.  Two tickets for the Glasgow Warriors vs Montpellier game were won by Judy Bolton.  Well done Judy!

McCreas sponsor HJRFC 1st XV, Ladies and Minis, as well as Glasgow Warriors, Partick Thistle Football club and West of Scotland Cricket Club.  To keep in touch with our activity across the clubs you can follow us on twitter or facebook where we highlight our commitment to playing sport at every stage of life!

To make an appointment with McCreas for your own (financial) health check, why not contact us by email or calling the office on 0141 572 1340.