Matawalu voted Warrior of the Month for November

Fijian winger Niko Matawalu has been voted the McCrea Financial Services Warrior of the Month for November after receiving 51% of the votes.

Matawalu came off the bench to score a hat-trick of tries in the bonus-point win over the Ospreys at the start of the month and finished November with a brace and Man of the Match performance against Cardiff Blues on his 100th appearance for the club.

The 29-year-old, who is in his second spell with the Warriors after initially joining in 2012, has scored 37 tries.

Adam Ashe, Nick Grigg, and Stafford McDowall were also in the running to become the Warrior of the Month.

Matawalu was presented with his award by members of the Kelvinside Academy 1st XV side, who play the High School of Glasgow in the U18 Shield Final at BT Murrayfield tonight. Glasgow Warriors and McCrea Financial Services would like to wish both teams the best of luck for the Final. 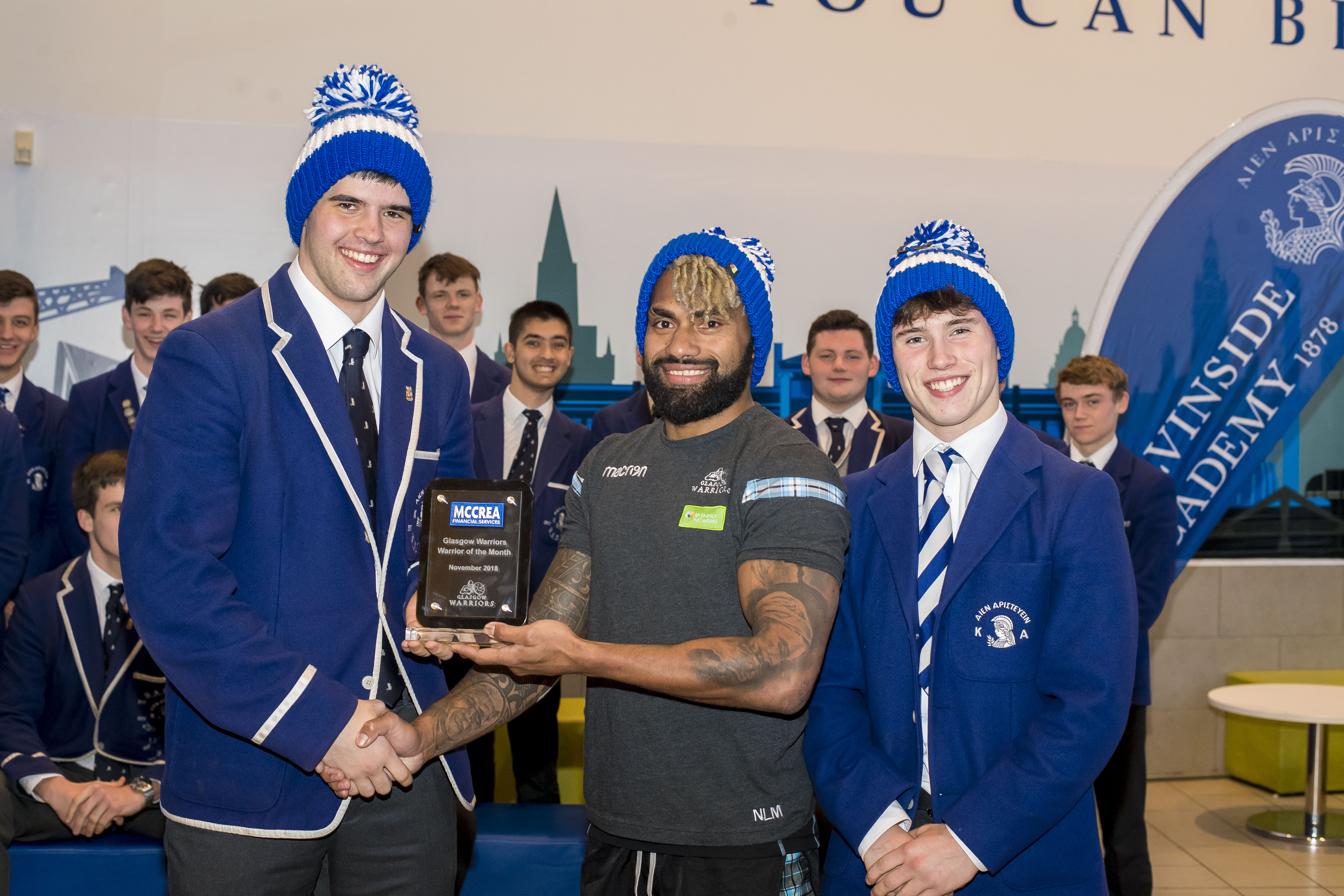 Speaking to glasgowwarriors.org, Niko Matawalu, said: “It's the first time I've won this award since I've been back at the club and it's a good feeling. Everyone is playing very well just now, so I'm happy that I've won the award this month. 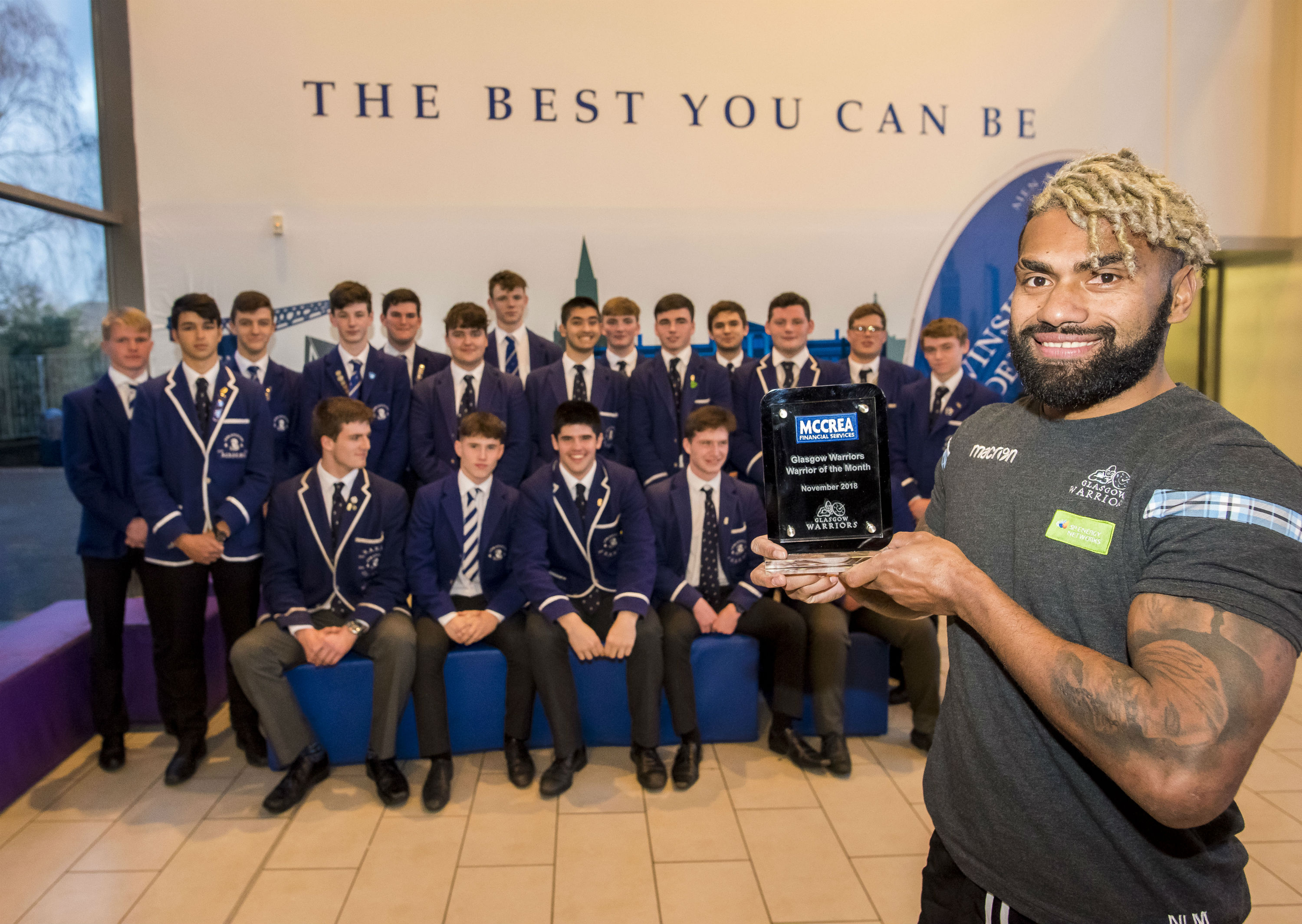 "We had a lot of players away playing international rugby last month, so a lot of players have stepped up and played a high standard of rugby. There is a lot of depth in the squad, so whoever puts on the jersey needs to do the job, which is a good thing for the club.

"Just now we're focused on Lyon away this weekend and then we have a home game against Lyon and then Edinburgh home and away, so we've got a big month ahead."

McCrea Financial Services provides advice on Mortgages, Retirement Planning, and Pensions for Warriors Supporters. Find out more about us at mccreafs.co.uk or follow us on Twitter or Facebook.