A month like no other, October has seen a large amount of change at Partick Thistle Football Club. With Gary Caldwell coming on board as the Club’s new manager and bringing Brian Kerr in as his assistant, it is the start of a new era at the Energy Check Stadium at Firhill. Although this month was a poor one for the Jags the duo will be looking to have a positive impact on the team in the coming weeks as they work towards turning results around as soon as possible.

In the meantime though, and without further ado, here is your shortlist for the October McCrea Financial Services Player of the Month award:

Stuart has continued his return to first team action by playing all but 10 minutes of the four games this month. What’s more, since the Dundee United game, he has also worn the armband and led the team out as captain. In a disappointing month, Stuart’s continued rehabilitation has been a major positive. 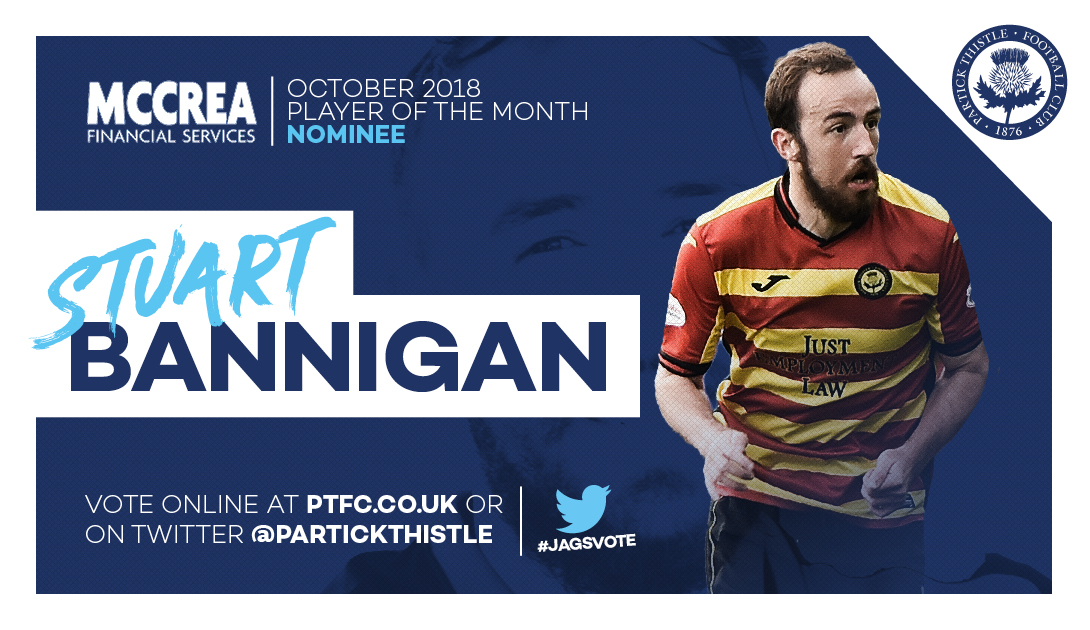 The six foot three centre back has played every minute of every game this month and his no-nonsense approach has helped a developing back four begin to build the all-important relationships that will be so vital through the rest of the season. 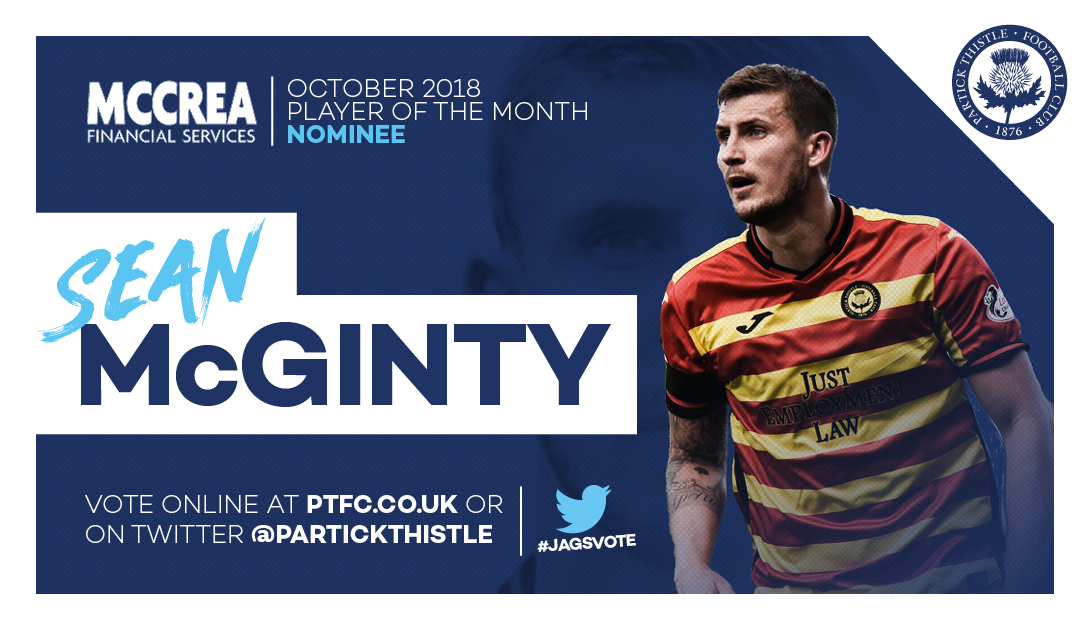 A Thistle Weir Youth Academy graduate, James is another Jags player who has played every minute of every game this month. The energy he brings to the left back position helps drive the team forward and he defends like a much more experienced defender. James has already won the award this season but will he do enough to get your vote this time? 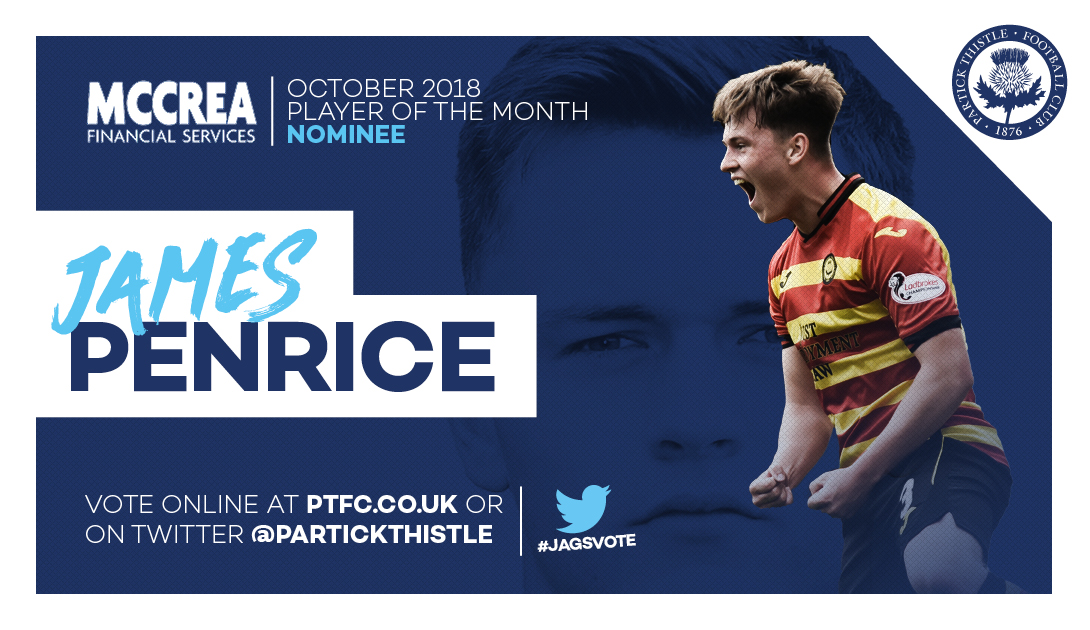 A creative and crafty midfielder, Craig is patient on the ball and rarely gives away possession. He is important when the team transitions from defence to attack and has formed a formidable partnership with Stuart Bannigan in recent weeks. Another who has played every minute of October, Craig has been a key player for the jags since joining at the start of the season. 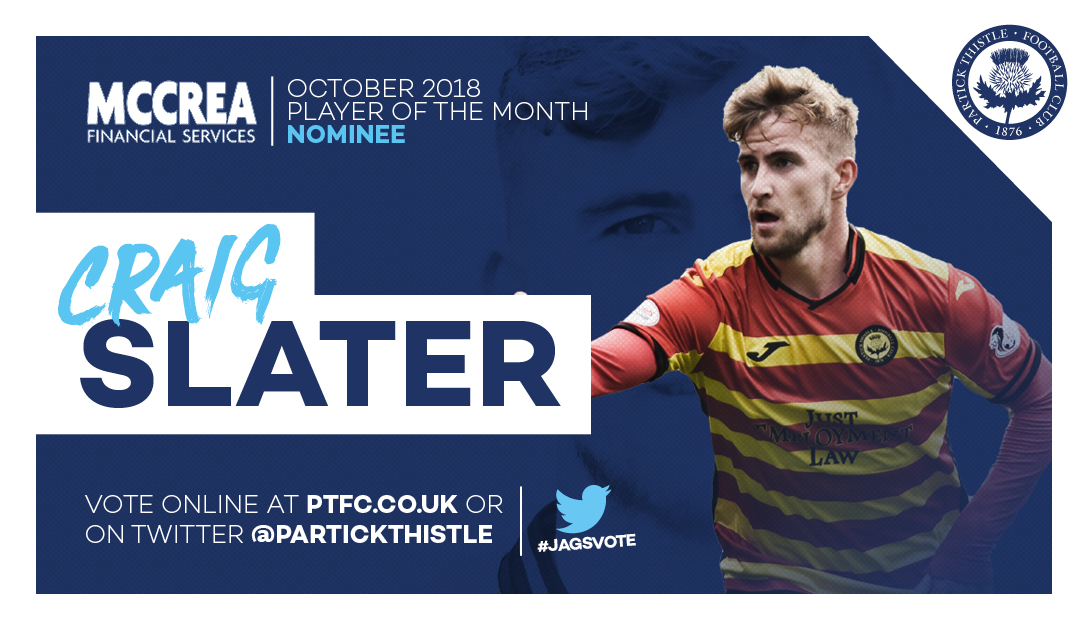 So, there you have it, your McCrea Financial Services Player of the Month nominees for October. Now it’s over to you, so get voting and make sure your favourite gets to take the trophy home.

Don’t forget you can follow us on Twitter and Facebook where we run regular competitions with Thistle, as well as providing useful updates and the latest news for getting the most out of your finances.