It was a landslide victory for Scott McDonald this month as he received more than half the total votes for the McCrea Financial Services March award. 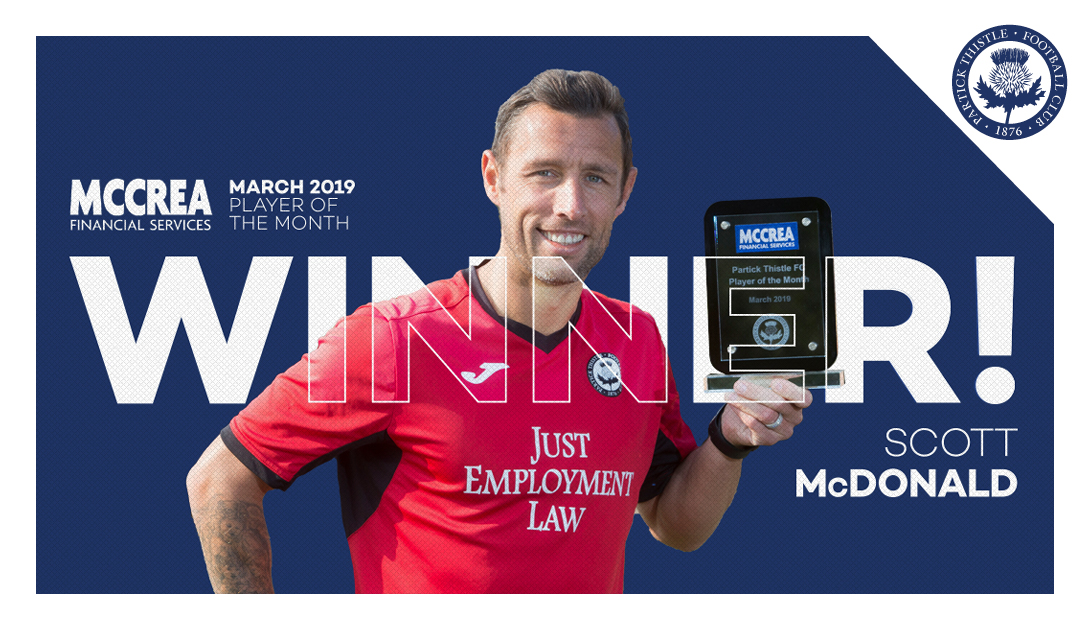 On receiving the award, Scott said:

"To receive an award like this after only a couple of months as a Thistle player is fantastic and I really do appreciate everyone who has voted for me. It has been great being back training and playing again but it was the standard of player and quality at training that made the decision for me. 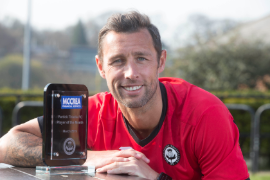 "There is a really good group here, a mix of youth and experience, and I'm just delighted that I've been able to bring something to the team. We've got an absolutely massive run of games ahead of us now and that's where our entire focus has to go as we look to finish the season strongly."