PTFC Player of the Month Voting gets underway for October

Firhill wins were racked up against Queen’s Park and Airdrieonians, with a bonus point Betfred Cup victory away to Queen of the South also secured. However there has been mainly disappointment on the road for Ian McCall’s men with defeats away to St. Mirren in the Betfred Cup, to Clyde in our league opener and, late on Saturday, to Cove Rangers.

While the management team and squad focus fully on November, which includes three consecutive home matches of four overall, Thistle want to thank McCrea Mortgages for sponsoring the Player of the Month awards this season, the first of which is launched today.

There are two nominees for the October McCrea Mortgages Player of the Month award: 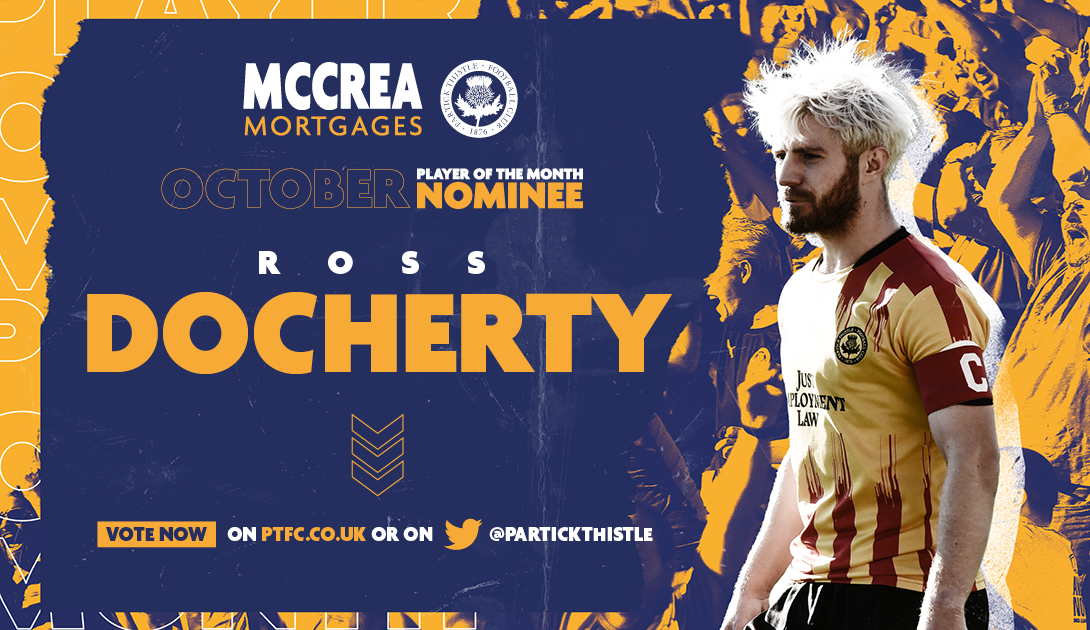 The Thistle skipper has played every competitive minute since signing up as a Jag earlier this year. The tenacious midfielder has been a consistent performer at the heart of the team during the opening month of action, orchestrating play while providing much needed defensive solidity in front of the Jags rearguard. Ross was denied his first Thistle goal at Palmerston, when an outstanding save saw a spectacular goal bound effort tipped on to the post. 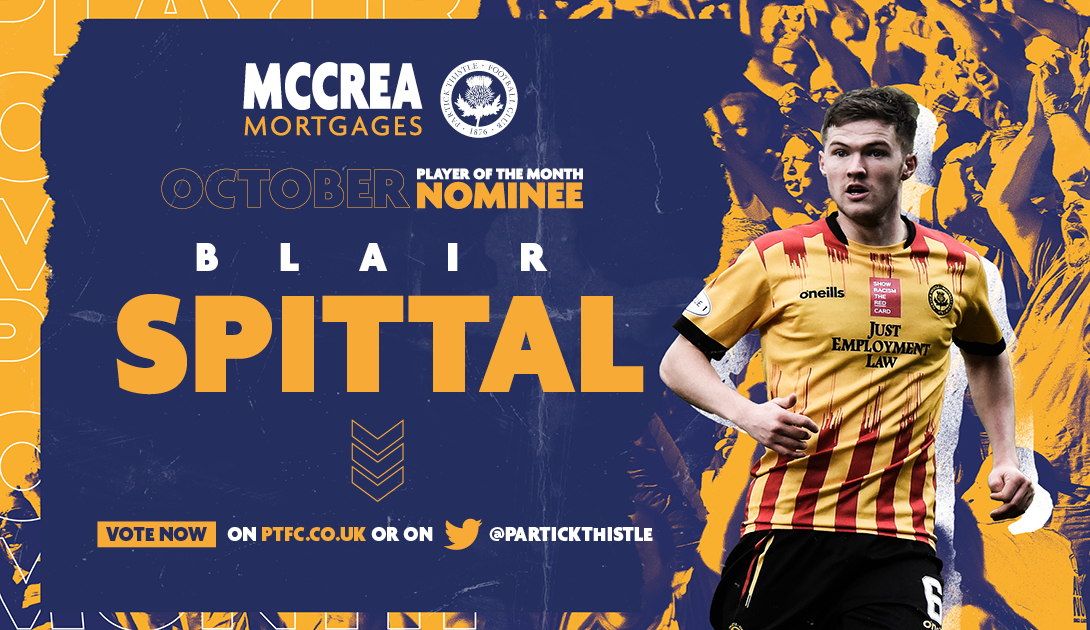 Signed hours before the opening Betfred Cup tie away to St Mirren, Blair started his second spell as a Jag by finding the back of the net moments after coming off the bench as a substitute. As the Thistle number six continues to find match sharpness, Blair has quickly established himself as an important attacking player in the Jags team. His winning strike against Airdrieonians, moments after he smashed the post with a thunderous effort, was a thing of beauty and will surely be in contention for the Goal of the Season award at the end of the campaign.

So, there you have it, your McCrea Mortgages Player of the Month nominees for October. Now it’s over to the Thistle faithful to get voting and decide who wins the first monthly award of 2020/21.