After returning to first team action this month it is Stuart Bannigan who has been named the McCrea Financial Service Player of the Month for September.

On the first day of the month, just shy of a year after his last appearance for the first team, Stuart Bannigan returned to competitive football with a stellar 15 minute performance during Partick Thistle’s 1-0 win over Greenock Morton. He then went on to play just under an hour of football away at Inverness, again as a sub, with his enthusiasm and ability contributing to a positive second half performance from the Jags.

The number eight was then handed his first start of the 18/19 campaign as Thistle claimed a 3-2 victory over Queen of the South at the Energy Check Stadium at Firhill and it’s fair to say he hasn’t looked back since.

The midfielder has displayed terrific determination and some useful passing upon his return to first team action, proving a vital component in Thistle’s play. The 26-year-old is now on a run of three consecutive starts and is looking to continue his encouraging return to the first team as we move towards the winter months. 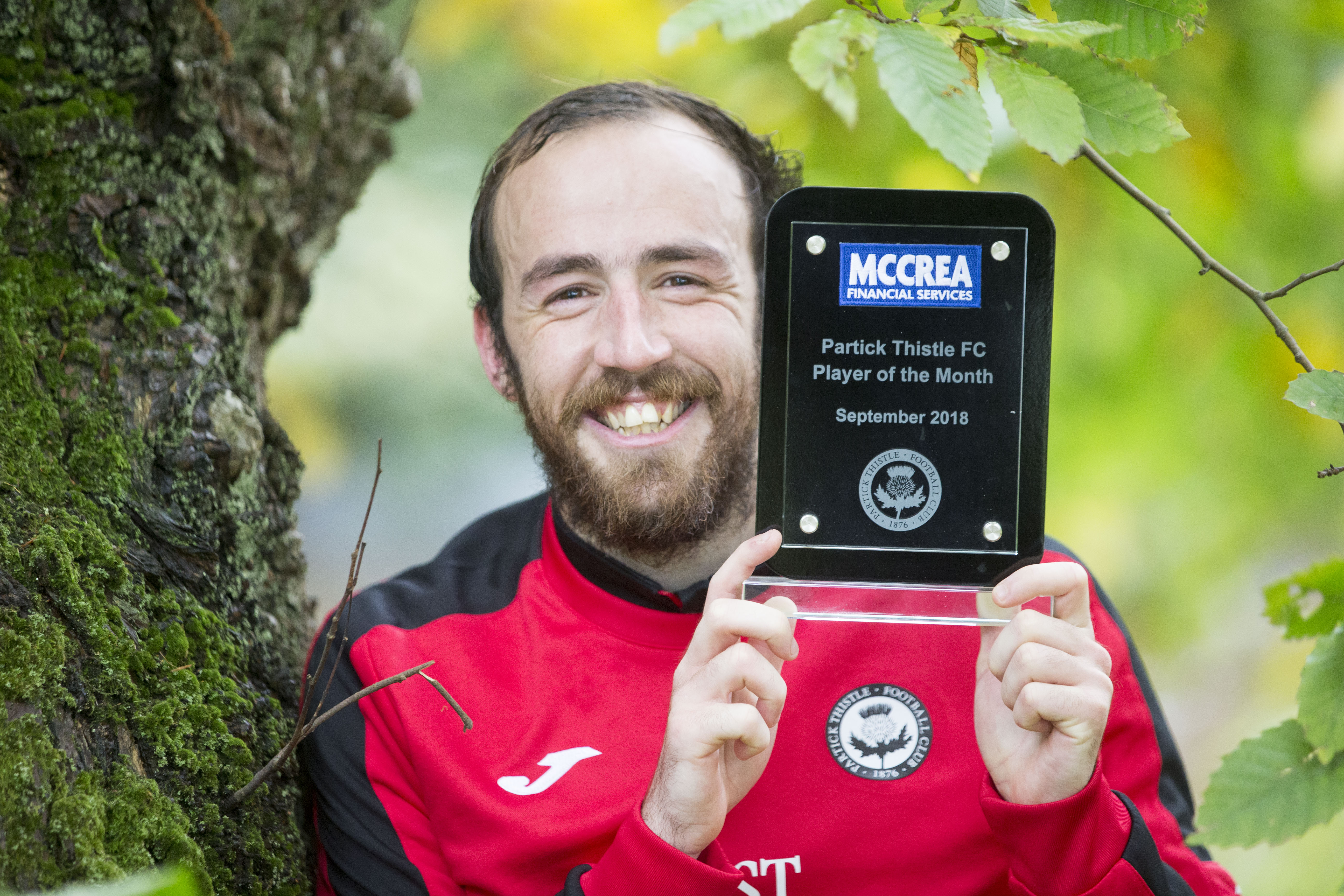 Upon receiving the award, Stuart said:

“September has been a very big month for me personally so I’m very pleased to win the Player of the Month award from McCreas. Making my return to the team was a massive moment for me and, thankfully, I’ve been able to push on from there to get a few starts under my belt.

“It’s not been the month we wanted in terms of results, everyone knows that, but we believe we can turn things around. It’s still very early in the season and we have plenty of time to get back on track.

“I’d like to thank the fans, not only for this award, but also for the reception I’ve had since I came back into the side. The ovation I got when I came on against Morton meant a lot to me because it’s been tough to miss so much football and this is the light at the end of the tunnel for me. The Club and fans could easily have cut me off but they’ve stuck by me and I’ll always appreciate that.”

Don’t forget you can follow us on Twitter and Facebook where we run regular competitions with Thistle as well as providing useful updates and the latest news for getting the most out of your finances.