Thistle Player of the Month Nominations for September 2016

The second month of competitive league football has brought about some excellent performances which have deserved much more than in terms of results. However, after much discussion, Alan Archibald and Scott Paterson have chosen the McCrea Financial Services Player of the Month shortlist for September. 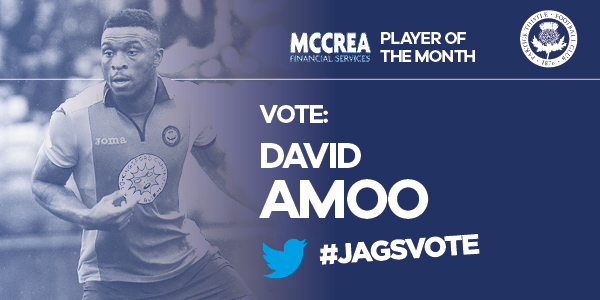 David has shown a very promising start to his second season at Firhill. Great attacking play has made him a constant threat for the Jags, showing us exactly why he has retained his place in Archie’s starting eleven. Amoo not only provides great attacking play, but always tracks back to help out the back line, showing why he is a nominee.

Vote for David at ptfc.co.uk

September has been a successful one for our second nominee, Ryan Edwards. Unfortunate not to grab his second Thistle goal in the final game of the month against Motherwell, he has shown exactly why he deserves your vote. A combination of great passing play and a constant desire to win the ball has showcased just how good the Australian. 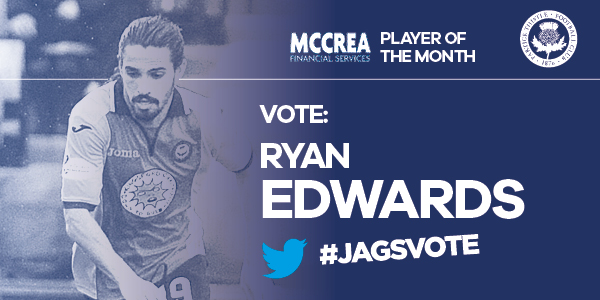 Erskine’s brilliant performances have once again earned him a Player of the Month nomination. His goal scoring form has continued and he is showing just how big a part he has played in the Thistle side this season. Playing in every game of the month has added to the long list of reasons why he is a September nominee. 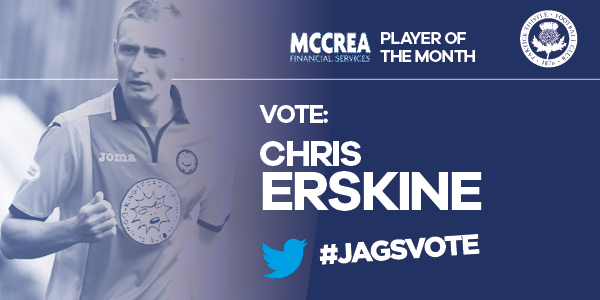 Finally, we have Ryan Scully who has had a very successful month. Two consecutive starts away to Kilmarnock and then at home to Motherwell have both gone well for Ryan who made several crucial saves throughout both matches to earn a point in each for the Jags. 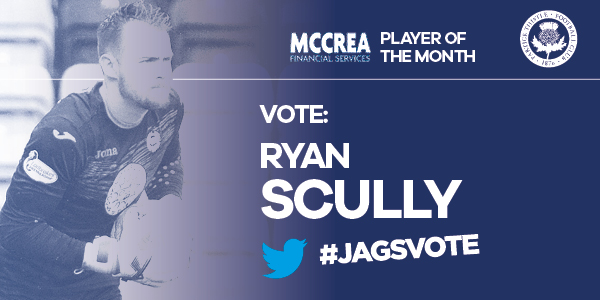 So there they are, your McCrea Financial Services Player of the Month nominees for September. Get your votes in now but remember that voting closes at 5pm on Sunday.

Always remember that you can follow our sponsors McCrea Financial Services on twitter and facebook where they run regular competitions with Thistle and provide useful updates and the latest news on getting the most out of your finances.