Thousands Unaware of Over Paying Tax on Pension Lump Sums

New figures have revealed the extent of tax mistakenly charged by HMRC to savers who make lump sum withdrawals from their pension funds, with experts warning that thousands of people in the UK may be unaware they are owed a tax refund by the government.

Since the introduction of pension freedoms in 2015, savers have had the option of making a lump sum withdrawal from their pension after the age of 55. HMRC generally tax this unexpected income on an emergency tax code, resulting in a significant overpayment of tax and a reduction in the lump sum available to the saver.

It has been revealed that more than £400 million of overpaid tax has already been repaid by HMRC since 2015, but experts are warning that thousands of savers may be unaware they have been overcharged or unsure how to go about claiming a refund.

Douglas McCrea, Managing Director of McCrea Financial Services, explains: “If people want to reclaim overpaid tax on their lump sum, they have to navigate through HMRC claim forms to try to reclaim the money they saved hard for. With over 150,000 pensions being accessed for the first time every quarter, there are likely to be thousands of savers who have been overcharged and either don’t know it, or don’t know what to do to fix it.”

Help is at hand for savers, with McCreas conducting regular reviews for our clients, ensuring the correct tax relief is being applied, but just as importantly, that the correct tax deductions are being made. Why not get in touch to check on the tax status of your pension fund – it might be one of the most rewarding calls you ever make! 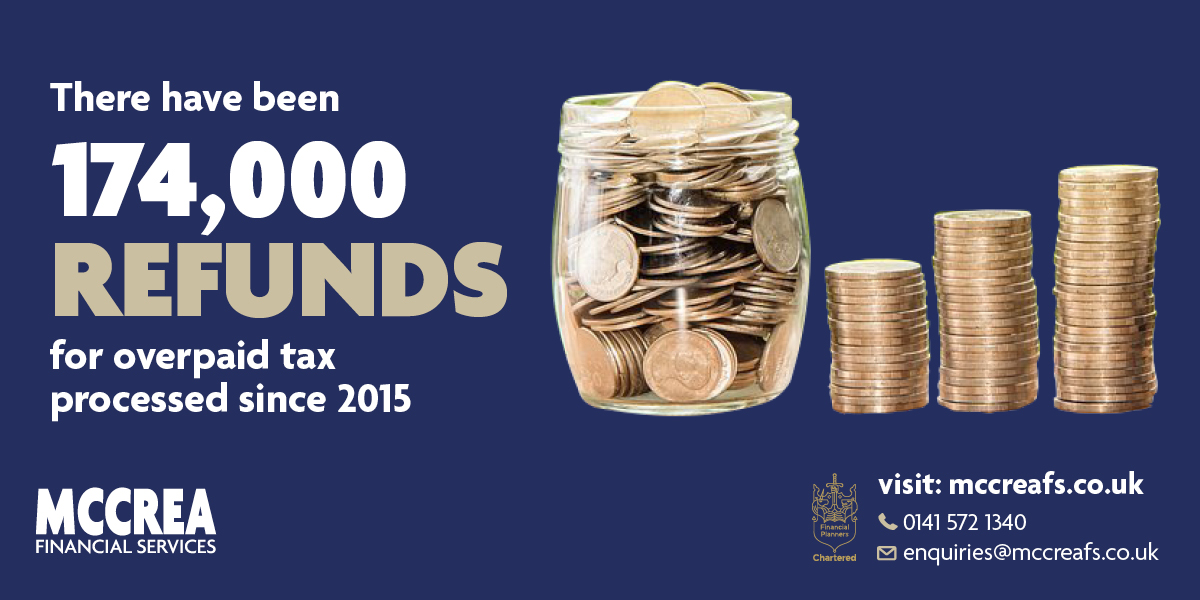