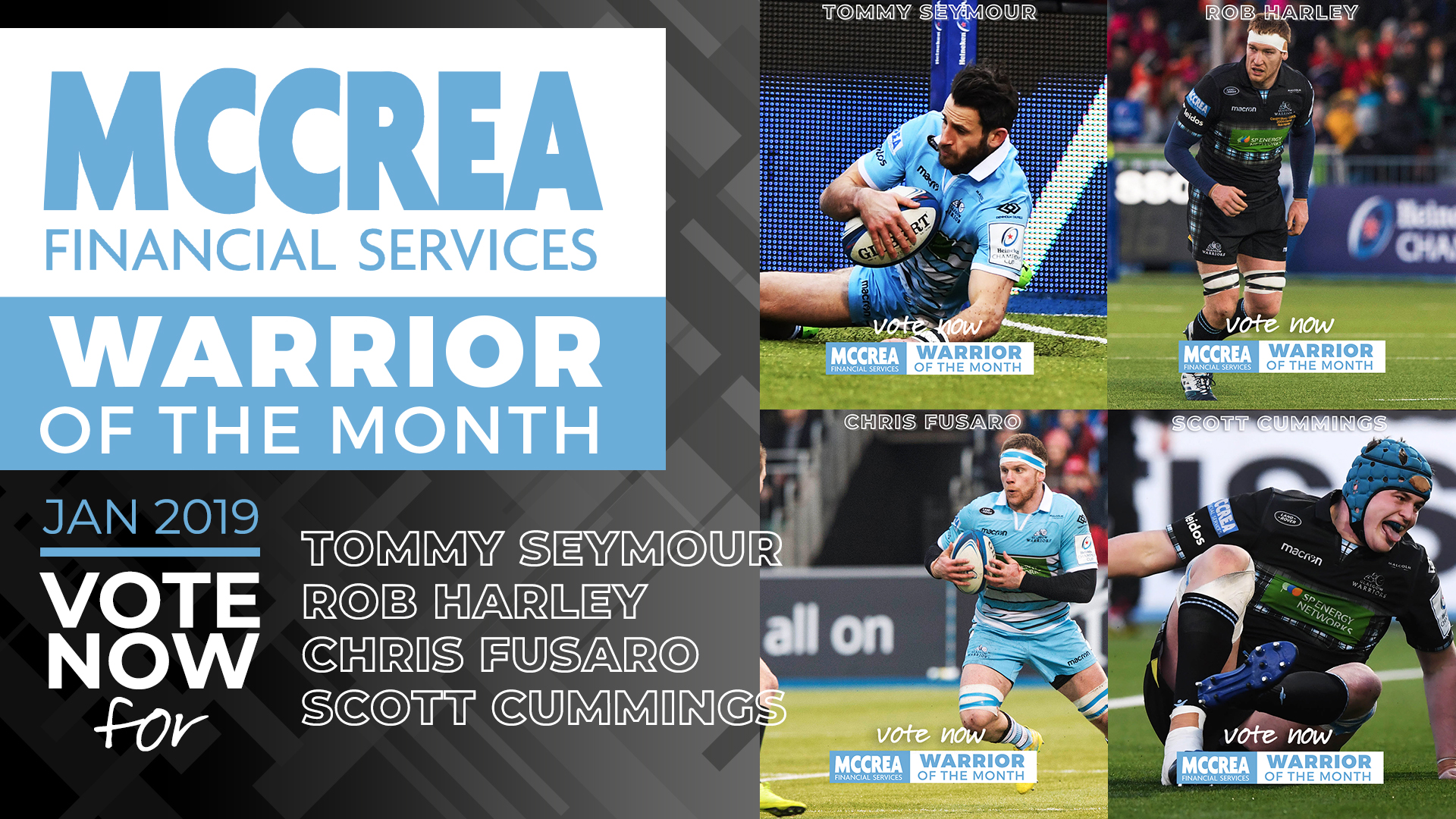 Scott Cummings, Chris Fusaro, Rob Harley and Tommy Seymour have been nominated for the McCrea Financial Services Warrior of the Month award for January.

2019 started with a disappointing defeat away to Benetton Rugby, but the Warriors bounced back with an impressive bonus-point win against Cardiff Blues in the Heineken Champions Cup – a result which helped Dave Rennie’s side secure qualification for the quarter-finals for only the second time in their history.

The following weekend the Warriors lost to Saracens, but scored three tries in an impressive first-half performance.

Ahead of a three-week international break Glasgow Warriors secured a vital win against Ospreys in difficult conditions at Scotstoun. 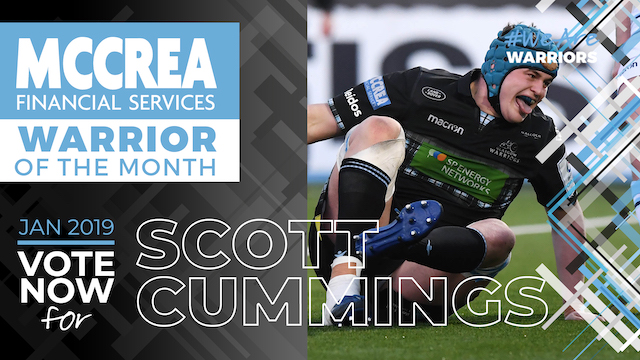 Scott Cummings started three of the four games in January. He played in the wins over Cardiff and Ospreys, as well as the narrow defeat to Benetton in Italy.

The 22-year-old scored a crucial try against Cardiff Blues, which helped secure the Warriors place in the knockout stages of the Heineken Champions Cup. 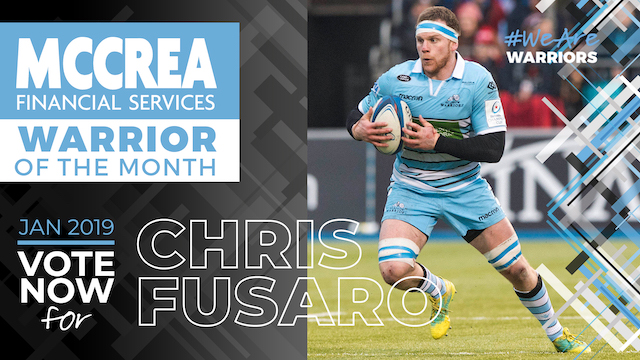 Chris Fusaro started against Benetton and Saracens and came off the bench in the win over Cardiff Blues.

The open-side has been in terrific form for the Warriors and scored his side’s third try in the massive win over Cardiff Blues in the Champions Cup. 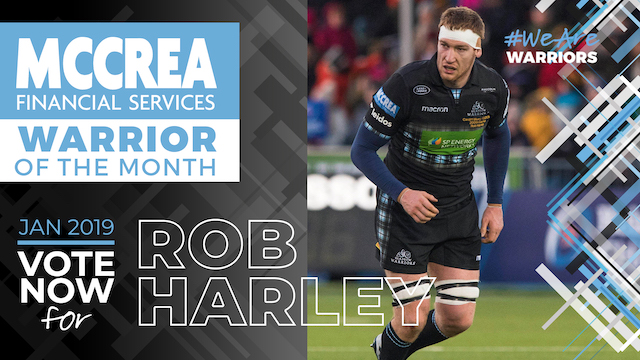 Rob Harley made his 200th appearance for the club against Cardiff Blues – the first Glasgow Warriors player to reach a double-century.

He was involved in all four games during the month of January, starting against Cardiff Blues, Saracens and Ospreys, while he came off the bench against Benetton. 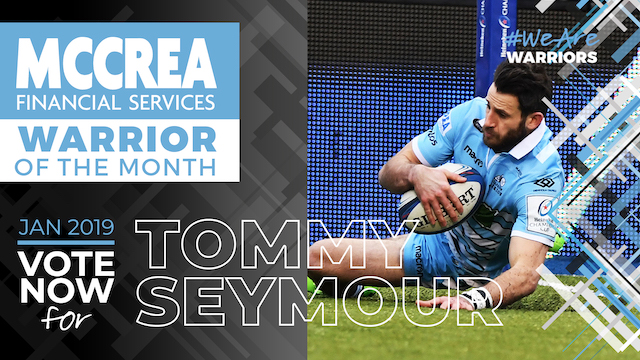 Tommy Seymour started both of the Heineken Champions Cup matches against Cardiff Blues and Saracens and was on the scoresheet against the English Champions at Allianz Park.

His recent form saw him called up to the Scotland squad for the Guinness Six Nations.

Supporters can vote for their McCrea Financial Services Warrior of the Month on Twitter @GlasgowWarriors until 5pm on Tuesday 5 February.