Warrior of the Month Voting is open now!

Quartet nominated for McCrea Financial Services Warrior of the Month

Every month the Glasgow Warriors coaching staff select four individuals to be nominated for the McCrea Financial Services Warrior of the Month. This award, voted for by the fans, recognises players who have shown outstanding contributions to the club both on and off the pitch.

Glasgow won four of their five opening games and sit top of Conference A going into October.

The Head Coach’s selection of three forwards and one back demonstrates just how impressed he has been with his pack so far this campaign, their aggressive, dominant performances setting the bedrock for the four wins. 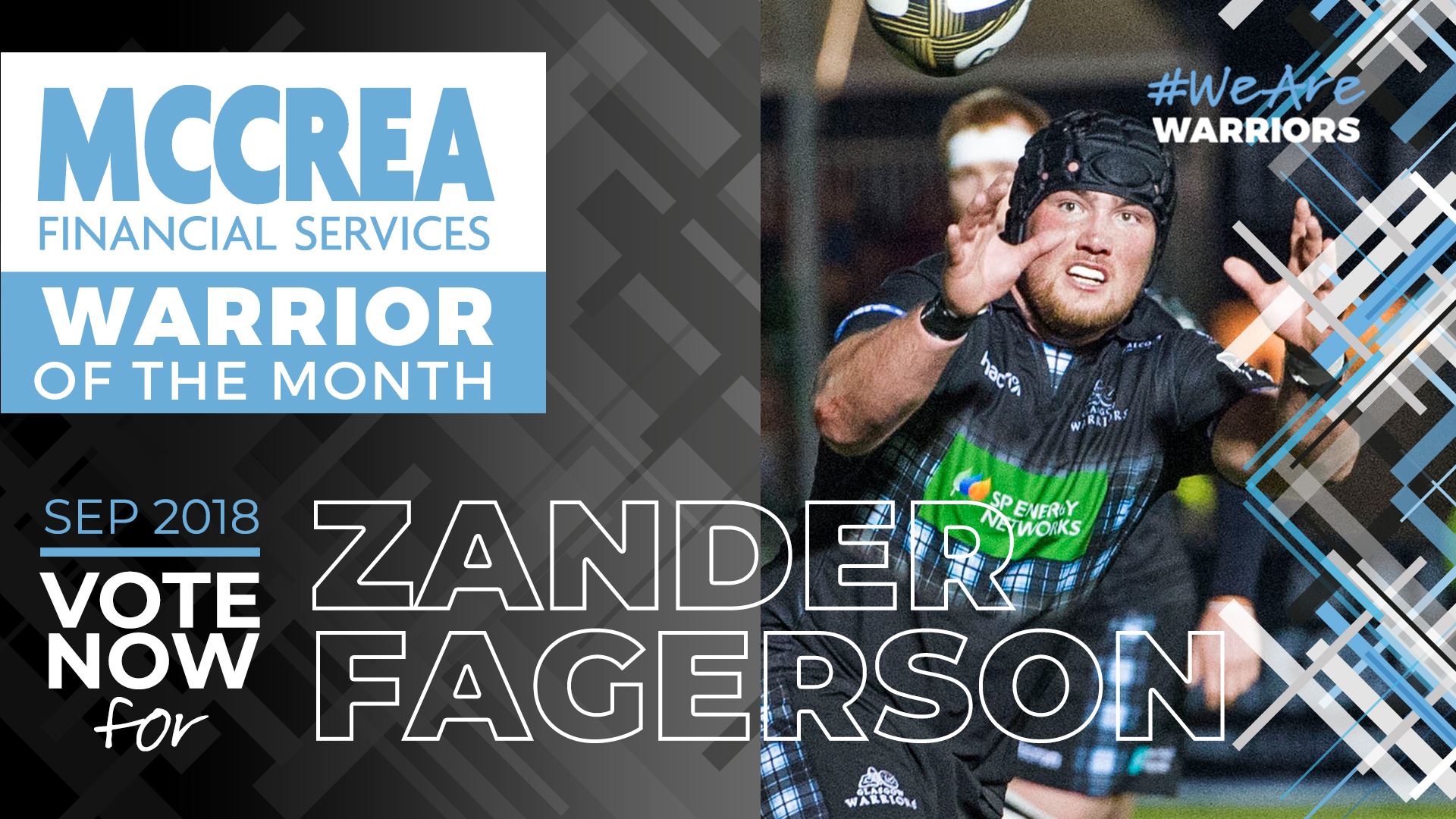 Before suffering an ankle injury in South Africa Zander Fagerson was in the form of his life. Glasgow’s scrum dominated both Connacht and Munster with the 22-year old tighthead’s strength and stability setting the foundation.

On top of his work at the set piece, Fagerson’s dynamism across the park, in both defence and attack earn him recognition from his head coach regardless of missing two games through injury. 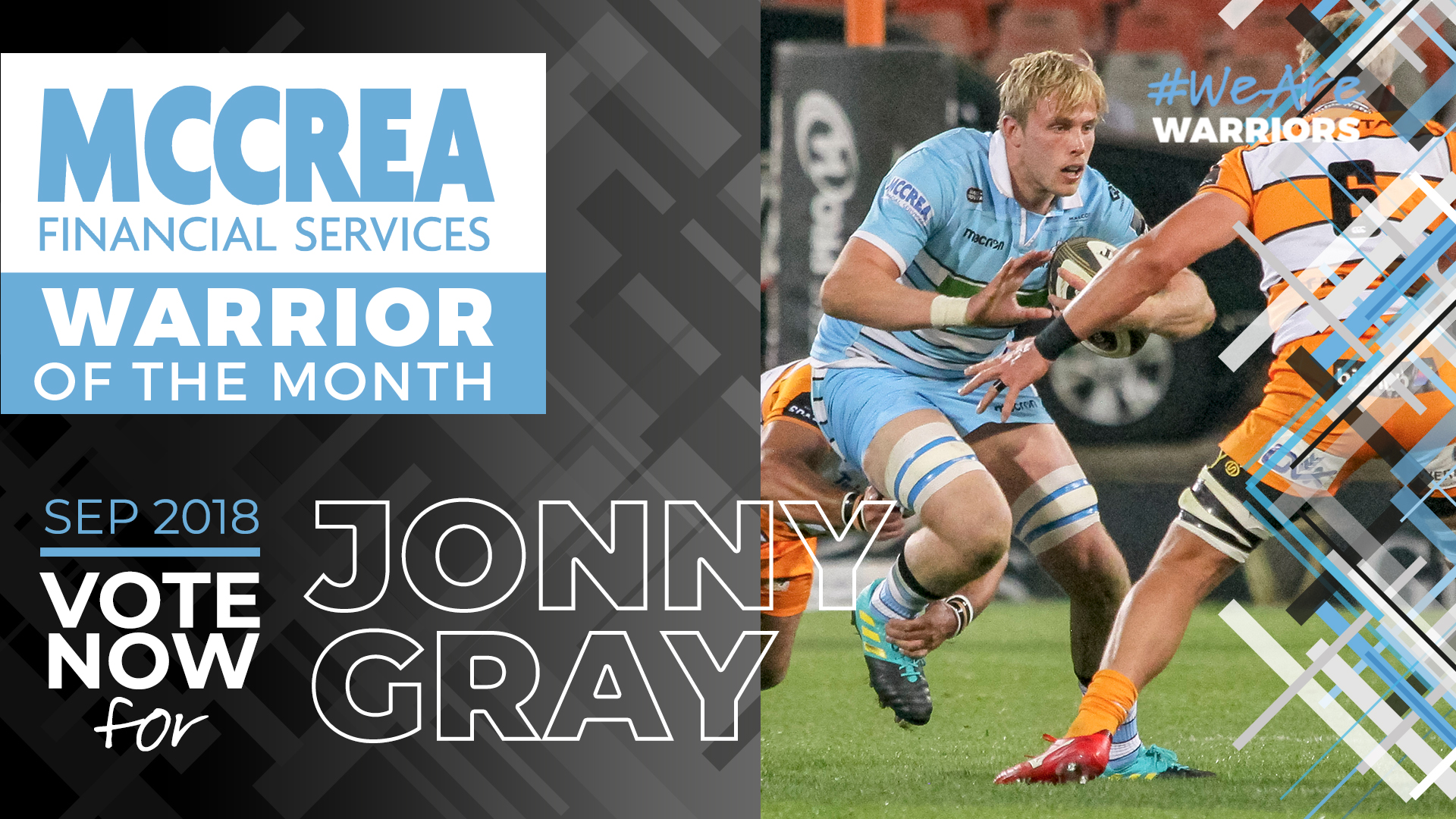 Jonny Gray started in the engine room in the wins over Connacht, Munster, Cheetahs and Dragons. Famed for his consistency in the tackle, the 24-year-old has worked on his carrying and footwork in the off-season and demonstrated the gains he has made in every performance so far. 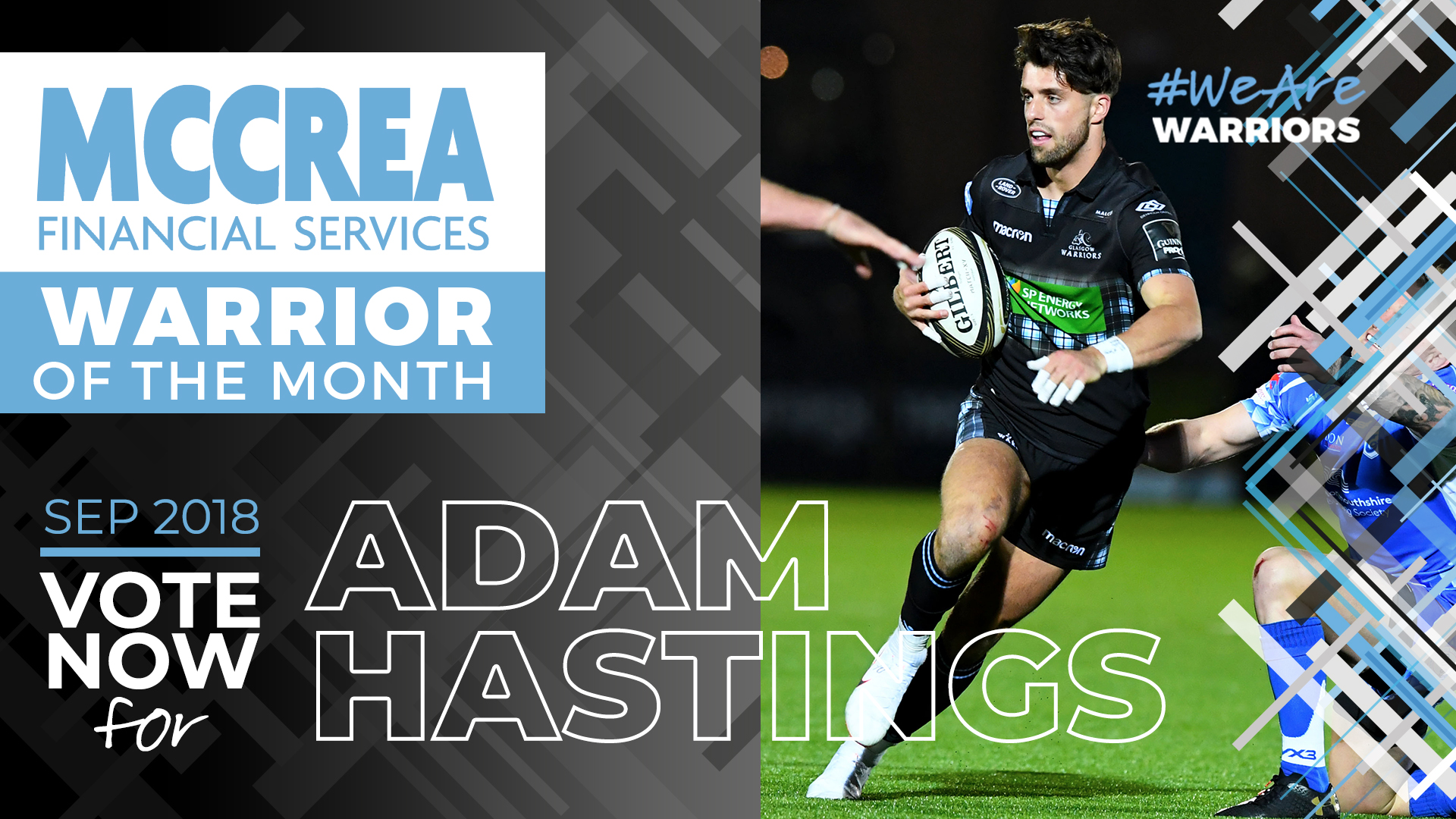 Adam Hastings featured in all five games in the month of September. He was a bright spark off the bench in an otherwise disappointing game against the Southern Kings, earning the Warriors a try scoring bonus point with his injection of pace. 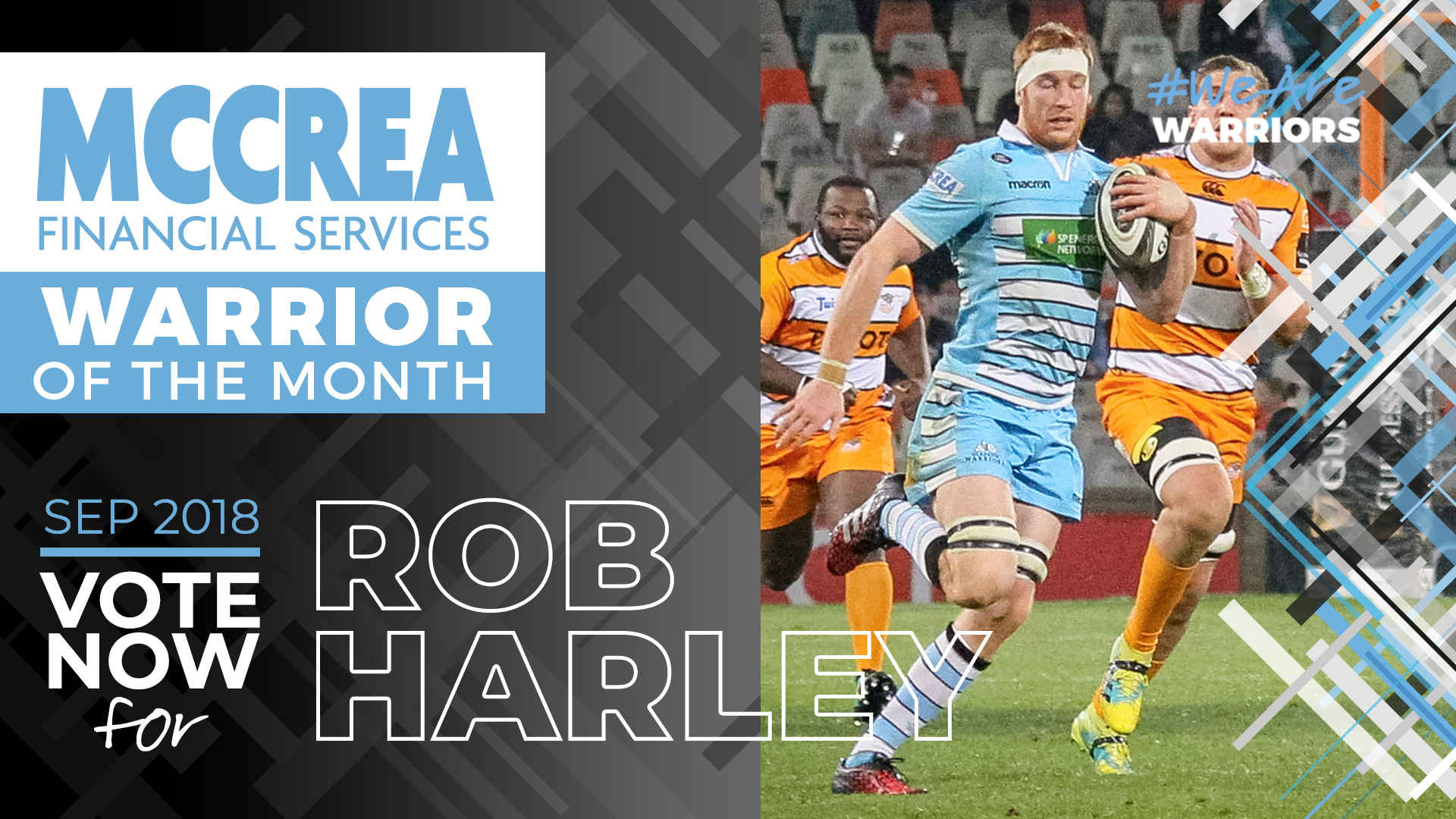 Rob Harley’s versatility has been invaluable to the Warriors at the start of the new season with the club’s record appearance holder starting games in both the second row and back row.

Reliable and hardworking, so much of what Glasgow do well come off the back of Rob’s off the ball efforts.

Listen to Dave Rennie talk through his shortlist here

Supporters can vote for their McCrea Financial Services Warrior of the Month until 5pm on Thursday.