Warrior of the Season nominees unveiled

Glasgow Warriors have revealed the seven nominees for the McCrea Financial Services Warrior of the Season, ahead of the 2017/18 Awards Dinner on Wednesday 2 May.

Selected by the club’s coaching staff, the shortlist will be put to a supporter vote, with the winner to be announced at the ceremony at Glasgow’s Radisson Blu Hotel. 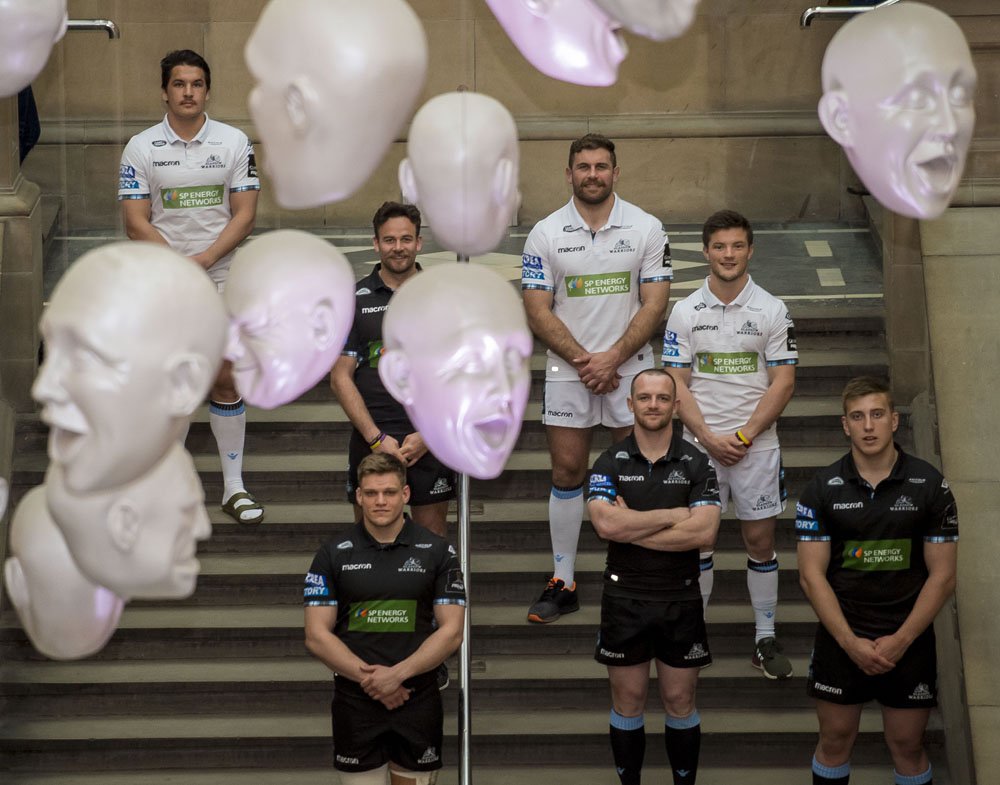 The seven shortlisted players up for the Warrior of the Season title.

A historic season for the Warriors, 2017/18 has seen a number of notable highlights for Dave Rennie’s side. The club became the first team to secure a home semi-final in the inaugural Guinness PRO14, with an unbeaten record at Scotstoun and the most try bonus-points of any side, as well as contributing a host of players to Scotland’s international set-up.

Each of the seven nominees has played a vital role in the campaign to date, as the Warriors look to crown Rennie’s first season in charge with a second domestic title.

Supporters can vote HERE until 5pm on Sunday 29 April.

Still just 19, Matt Fagerson has enjoyed a breakthrough season with the club in 2017/18, bringing his dynamic style of play to the Warriors’ back-row.

The Perth native has impressed in a Glasgow jersey throughout the season, making 16 appearances to date for Dave Rennie’s side.

Fagerson also delivered the coup de grace to one of the club’s tries of the season, finishing off a flowing team move against Exeter in the European Rugby Champions Cup.

It has been a memorable first season for the man they call ‘Cully’, with the New Zealander quickly becoming an indispensable part of the Glasgow squad.

The former Hurricanes back-row made an instant impression at Scotstoun, being named the McCrea Financial Services Warrior of the Month for both September and October.

Despite requiring surgery for an achilles tendon injury, Gibbins has still managed to score five tries from his 13 appearances this season, including braces away to both the Toyota Cheetahs and Ulster.

Last season’s Player’s Player of the Season, Nick Grigg has been one of the club’s most consistent attacking threats this season, crossing the whitewash six times in his 20 appearances to date.

Two of those tries came in a 31-21 victory over Leinster at Scotstoun, including supplying the finishing touch to a scintillating break from Niko Matawalu.

Comfortable at either 12 or 13, the centre’s hard-running style has seen him cause problems for every defence he has faced in both the Guinness PRO14 and European Rugby Champions Cup.

It’s easy to forget that George Horne is still in his first year as a professional, such is the extent to which he has exploded onto the scene this season.

The scrum-half has shown a remarkable eye for the try-line this campaign, scoring ten tries in his 15 appearances to date, including a double against Leinster at Scotstoun.

Horne’s speed of both thought and foot have also caught the eye, with the 22-year-old regularly creating opportunities for those around him.

Having returned to his first professional club ahead of the 2017/18 season, Ruaridh Jackson has proved an invaluable addition to Dave Rennie’s squad in this campaign.

The experienced Aberdonian has pulled on a Warriors shirt on 21 occasions across all competitions, including a memorable dash from BT Murrayfield to Swansea in order to start against the Ospreys in November.

Playing predominantly at full-back, Jackson has also touched down for four tries in this season, including a memorable solo effort against the Toyota Cheetahs in front of the Warrior Nation at Scotstoun.

Queensland born and bred, Sam Johnson has been one of the club’s most consistent performers across the Guinness PRO14 campaign.

The 24-year-old has provided a mixture of strong running and impressive distribution to the Glasgow midfield, with the Australian looking comfortable with each of his centre partners throughout the season.

A spell on the side-lines with a fractured jaw has been the only negative for Johnson in 2017/18, with the centre quietly becoming a key part of the Warriors squad.

In his first season at the club, George Turner has produced a string of impressive performances in the middle of the Warriors front-row.

The hooker has made 17 appearances for the club so far this season, as well as showing an impressive nose for the try line to touch down on four occasions.

Having originally joined on a season-long loan deal from Edinburgh, Turner’s form has seen him rewarded with a two-year deal with the Warriors, which will keep him at Scotstoun until the end of the 2019/20 campaign.

Voting will close at 5 pm this Sunday (29 April), with the winner to be revealed at the 2017/18 Awards Dinner next Wednesday.