Your Warriors Team of the Decade 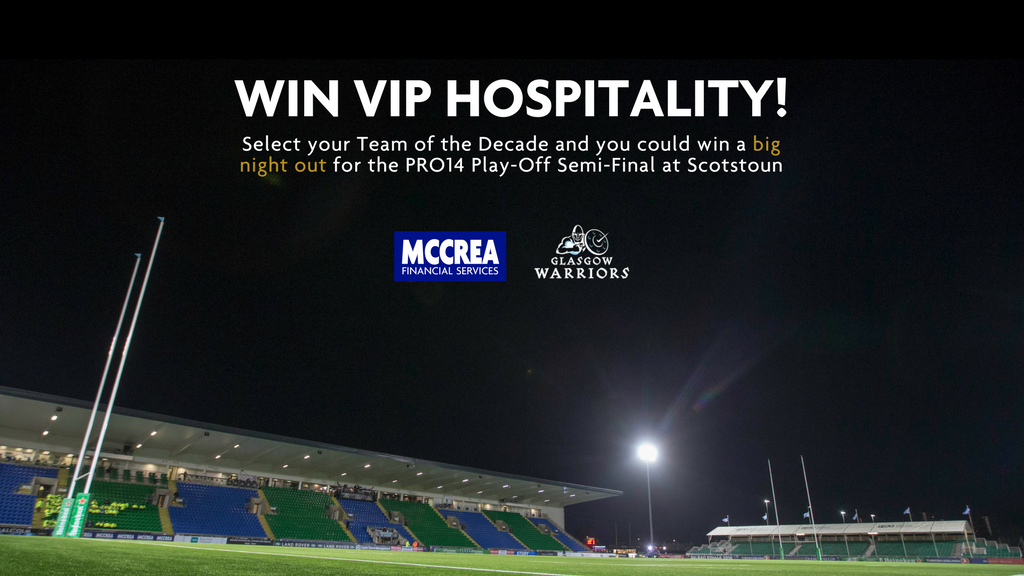 Glasgow Warriors supporters are being asked to help pick their Team of the Decade.

The vote, which opens today, is part of McCrea Financial Services celebration of, “Ten years on the Touchline,” as a long-time Warriors club sponsor.

It’s been a remarkable period for the club, particularly in PRO14, where Glasgow have established themselves as a leading light, not least securing their first ever title in 2015 against Munster.

Scotsoun is now sold out every week, as the Warrior Nation rallies behind Dave Rennie’s thrilling side.

They go straight into this season’s Play-off Semi-Final having topped Conference A, winning more points than any team across PRO14 in the regular season.

Throughout the last ten years that McCreas have supported Glasgow Warriors, some exceptional players have pulled on the famous light blue kit.

Warriors and McCreas are looking to create a definitive Team of the Decade, however tough that may be!

For example, at Scrum Half returning Niko Matawala is hugely popular, but Chris Cusiter is a former Scotland captain.

On the Wing, record try scorer DTH Van Der Merve, British Lion Tommy Seymour and speed merchant Thom Evans are just three of a handful of top stars to have turned out for Warriors.

And at Stand Off there’s likely to be a huge battle between Warriors legend Dan Parks and soon-to-depart No. 10 Finn Russell.

Getting involved couldn’t be easier.

Simply head to mccreafs.co.uk/ten and choose your one player for each position.

Every supporter who submits their own all-star XV will be entered into a hat to win a pair of VIP tickets to the upcoming PRO14 Semi-Final. The fixture takes place at Scotstoun on Friday 18 May.

The hospitality package includes a slap-up meal, complimentary bar and the very best seats in the house for what is sure to be a dramatic occasion.

One runner up will win a pair of gold-dust general admission tickets.

The vote closes on Wednesday 9 May at 5pm.