2019/20 Player of the Season shortlist unveiled

The nominees for the 2019/20 McCrea Financial Services Player of the Season award have been revealed, with seven Glasgow Warriors in the running for the club’s most prestigious award. 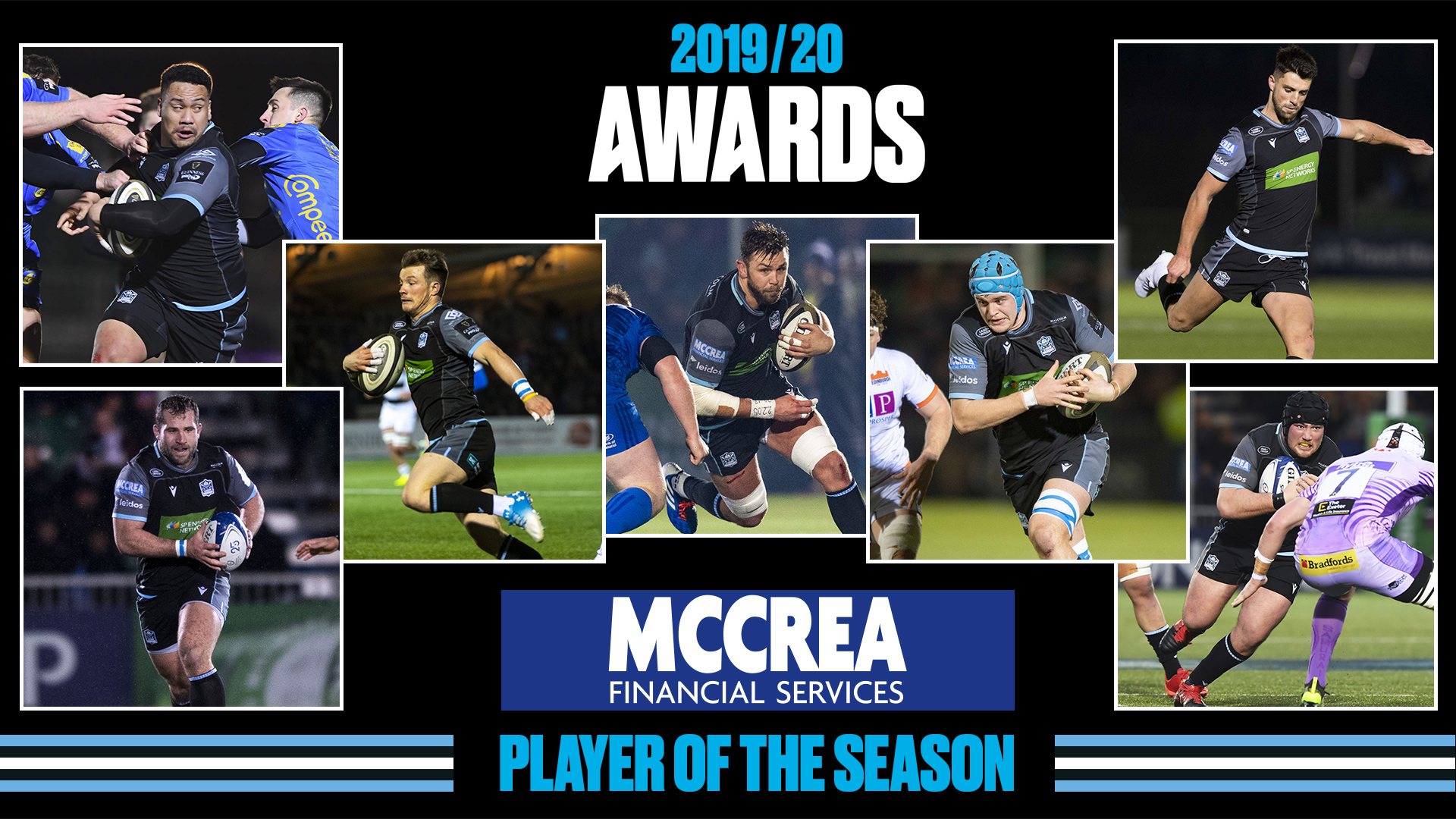 Shortlisted by the club’s coaching team for their consistent excellence over the course of the season so far, each nominee has caught the eye with a series of impressive displays in a Glasgow jersey.

The winner will be decided by a supporters’ vote, allowing the Warrior Nation to choose the player they feel to be the club’s outstanding performer over the course of the 2019/20 campaign to date.

Supporters can find out who will be walking away with the prize exclusively live on the club’s official social media channels, with the winner to be revealed on Saturday 6 June at the culmination of the 2019/20 Awards Week, sponsored by Malcolm Group.

A key member of the club’s leadership group, 30-year-old Brown has been a dynamic presence in a Glasgow shirt since returning from the 2019 Rugby World Cup in Japan.

The hooker has made nine appearances so far this season, touching down for tries in the Heineken Champions Cup matches at home to La Rochelle and away at Sale Sharks.

A formidable defender in addition to his strength at the lineout, his ability to win back possession at the breakdown has been a hallmark of his performances this season.

Second-rower Cummings picked up where he left off when returning from the Rugby World Cup with Scotland, turning in a series of impressive performances upon his return to club duty.

Standing at 6’6”, the 23-year-old blends dynamic ball-carrying with a natural ability in the lineout, fast becoming a key component of the Warriors pack.

Still just 23, the Glasgow native touched down for a try in December’s clash with Edinburgh at BT Murrayfield

Tight-head prop Fagerson has continued to show why he’s rated as one of the best young props in the business over the 2019/20 season to date.

A try-scoring return to Glasgow action against the Southern Kings in November was the first of 10 appearances across all competitions so far this season, as Fagerson played a key role in both the Guinness PRO14 and Heineken Champions Cup.

Nominated three times in succession for the McCrea Financial Services Warrior of the Month award, the 24-year-old took home the monthly prize at the third time of asking back in January.

Fly-half Hastings has continued to impress the Warrior Nation over the course of the 2019/20 campaign so far, mixing clever kicking and incisive running to great effect.

The 24-year-old has racked up 87 points from his 10 appearances to date this season, including a try away to Zebre back in November.

His displays in Europe earned him a brace of man-of-the-match awards, taking home the honour following the meetings with Sale Sharks and Exeter Chiefs at Scotstoun.

A former winner of the McCrea Financial Services Player of the Season award having taken home the trophy in 2017/18, Horne has once again excited the Warrior Nation both at home and away.

Electric around the base of the ruck, the scrum-half’s trademark support lines have seen him finish off some crucial scores over the season to date.

His tally of seven Guinness PRO14 tries so far sees him sit joint third in the league, four clear of any other Warrior.

It’s been an impressive debut campaign in Glasgow colours for loose-head prop Seiuli, who has made a significant impression since his November arrival from the Highlanders.

The 27-year-old has brought his dynamic style of play to the Glasgow front-row, making 11 appearances in his first season with the club.

His consistency was recognised by the Warrior Nation, who voted him as their McCrea Financial Services Warrior of the Month for February.

Club co-captain Wilson has led from the front in 2019/20 so far, bringing his physicality and big-game experience to every outing in a Glasgow shirt.

The back-rower has been involved in every Warriors matchday squad since returning from the 2019 Rugby World Cup in Japan, making 14 appearances across all competitions.

His performances in both domestic and European competition have been hailed as some of the best rugby of his career so far, with the centurion always giving everything to the jersey.