A Wright good win for Kieran

Goalkeeper Kieran Wright has been voted the McCrea Mortgages Player of the Month for November, winning the fans vote by a small margin over striker Brian Graham. 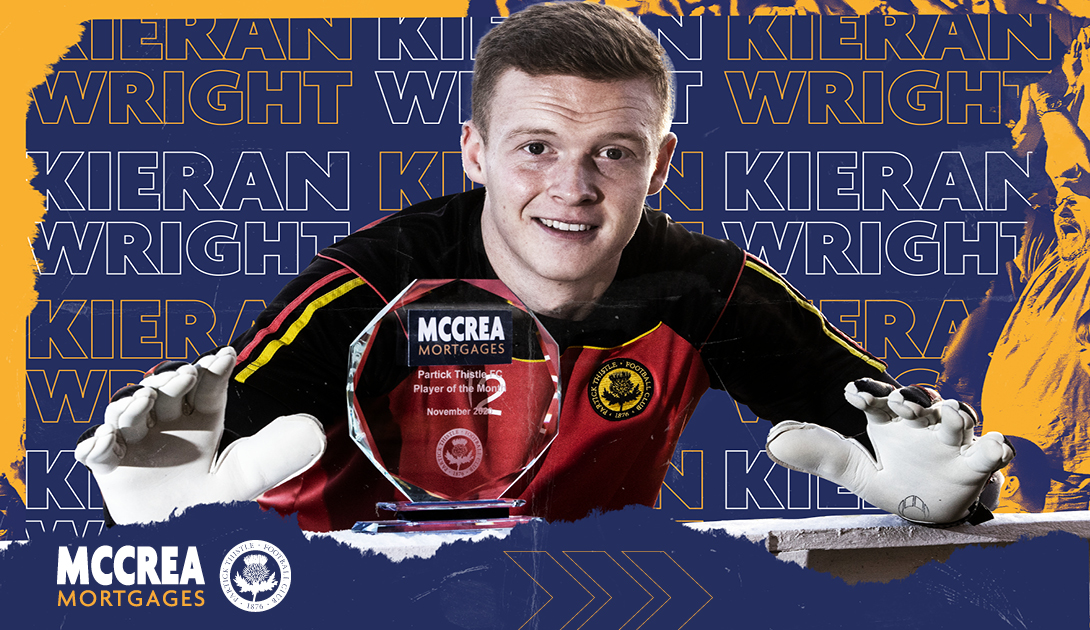 Wright and Graham, alongside Darren Brownlie and captain Ross Docherty, were shortlisted for the November award, from a longer list of possible inclusions after a successful four weeks on the pitch for the team overall.

The destination of the monthly award, sponsored by McCrea Mortgages, is decided by the supporters and, from more than 1,000 votes cast, it was loan star Wright who edged it before being presented with his trophy at training.

Since taking over from the injured Jamie Sneddon, Wright has settled between the sticks and registered three clean sheets in four games last month, including two penalty saves in a Betfred Cup shoot-out win at Firhill and back-to-back shut-outs against East Fife and Montrose.

Jags manager Ian McCall said: “Kieran has come in and done really well. My opinion of keepers is that most of them can make good saves. It’s the other things such as catching, throwing early, kicking and talking that are also so important and he’s been excellent on all that. He’s had a good few weeks and he’s in a good place.”

You can visit ptfc.co.uk on Saturday 5th December for more reaction from Kieran.