Ashe, Grigg, Matawalu and McDowall nominated for Warrior of the Month award 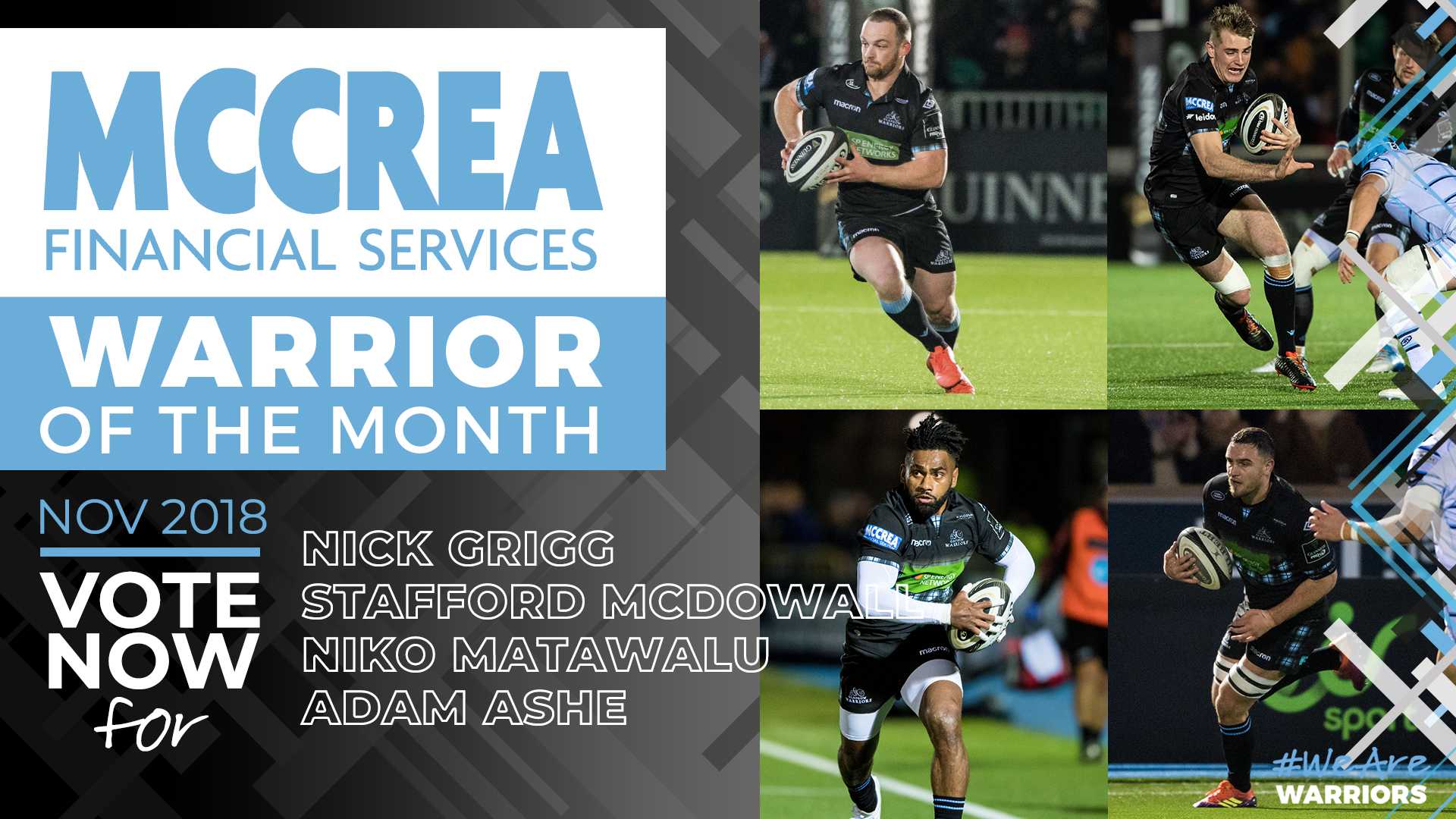 With the Autumn Tests in full swing, the Warriors only played two games during the month of November, picking up 10 Guinness PRO14 points against Welsh opposition.

At the start of the month, the squad travelled to Swansea to play the Ospreys and came away with a 29-20 win ahead of a three-week international break.

Last Friday the Warriors played their only home game of November, beating Cardiff Blues 40-15 to help cement their place at the top of Conference A.

Adam Ashe played the full eighty minutes of both games at blind-side flanker and put in a huge shift in the back-row. He scored his 11th try for the club and third of the season against Cardiff Blues. He has also been training with the Scotland squad this month. 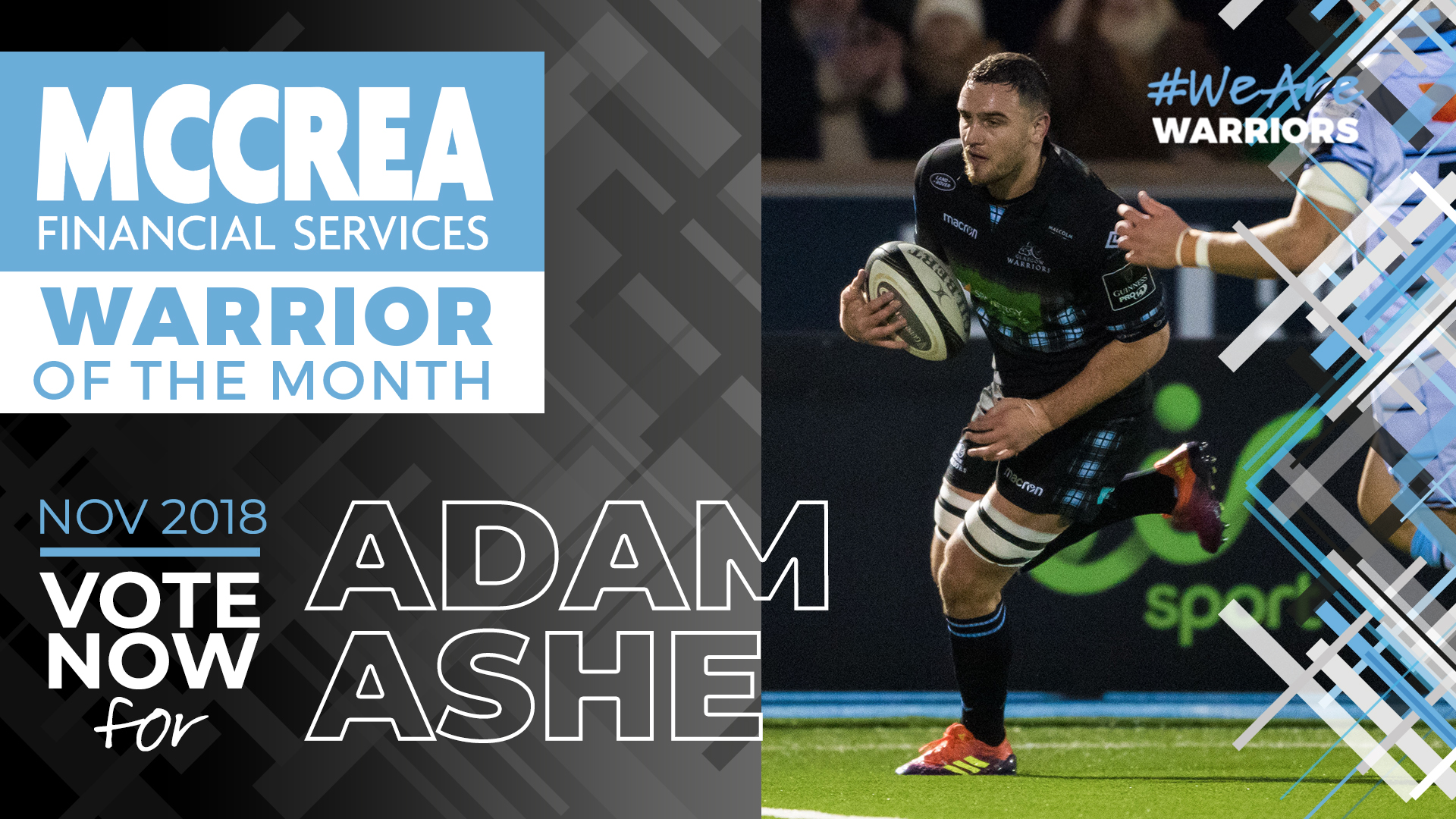 Nick Grigg was named the Guinness Man of the Match after an impressive performance in the 29-20 win, scoring one try and setting up one for Matawalu. He then put in another big display against Cardiff Blues last Friday and looks to be building an excellent partnership with Stafford McDowall in midfield. 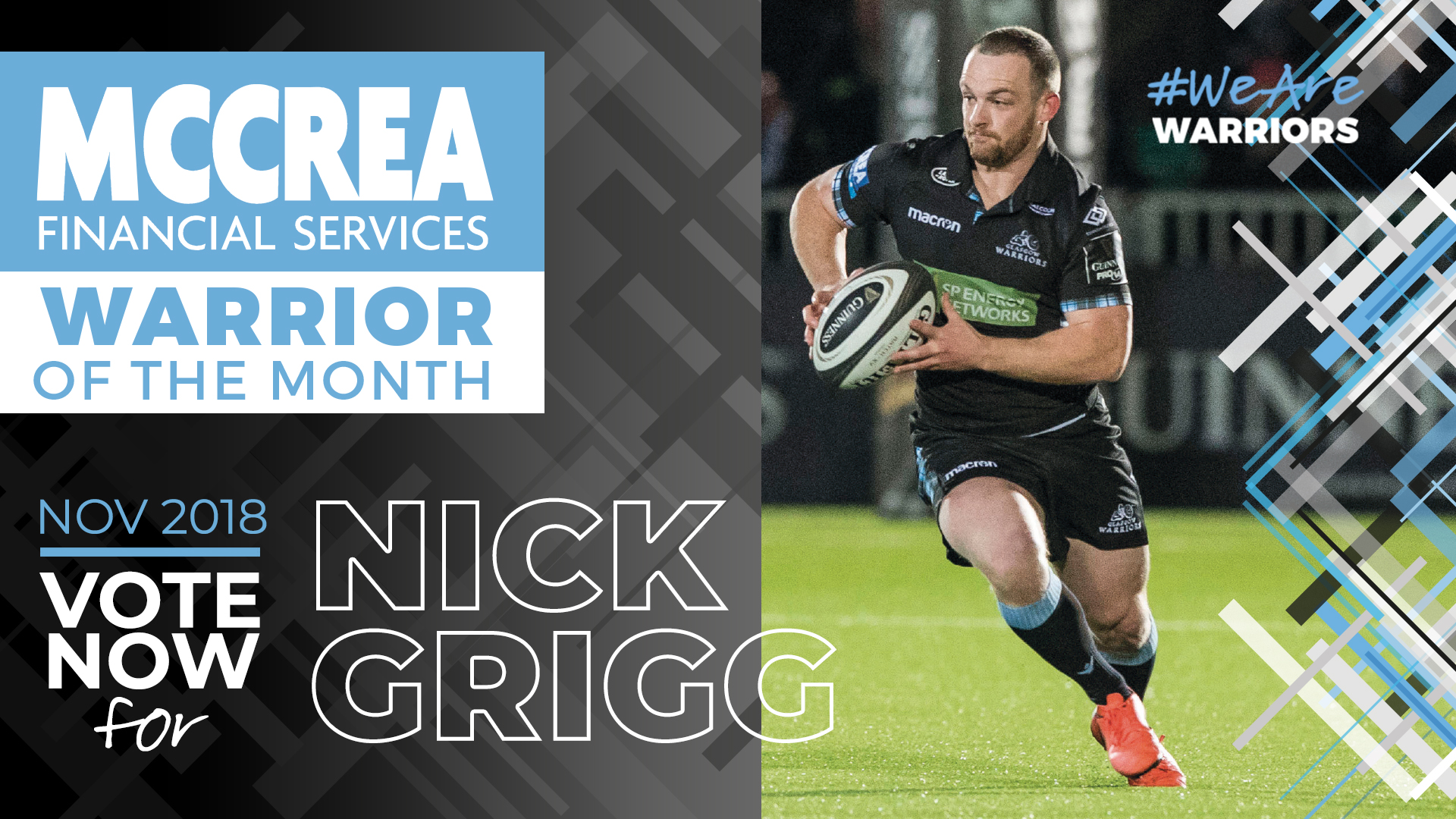 It was a memorable month for Niko Matawalu who came off the bench to score a hat-trick of tries in Swansea. He then scored two tries at Scotstoun last Friday and was named the Guinness Man of the Match on his 100th appearance for the club. 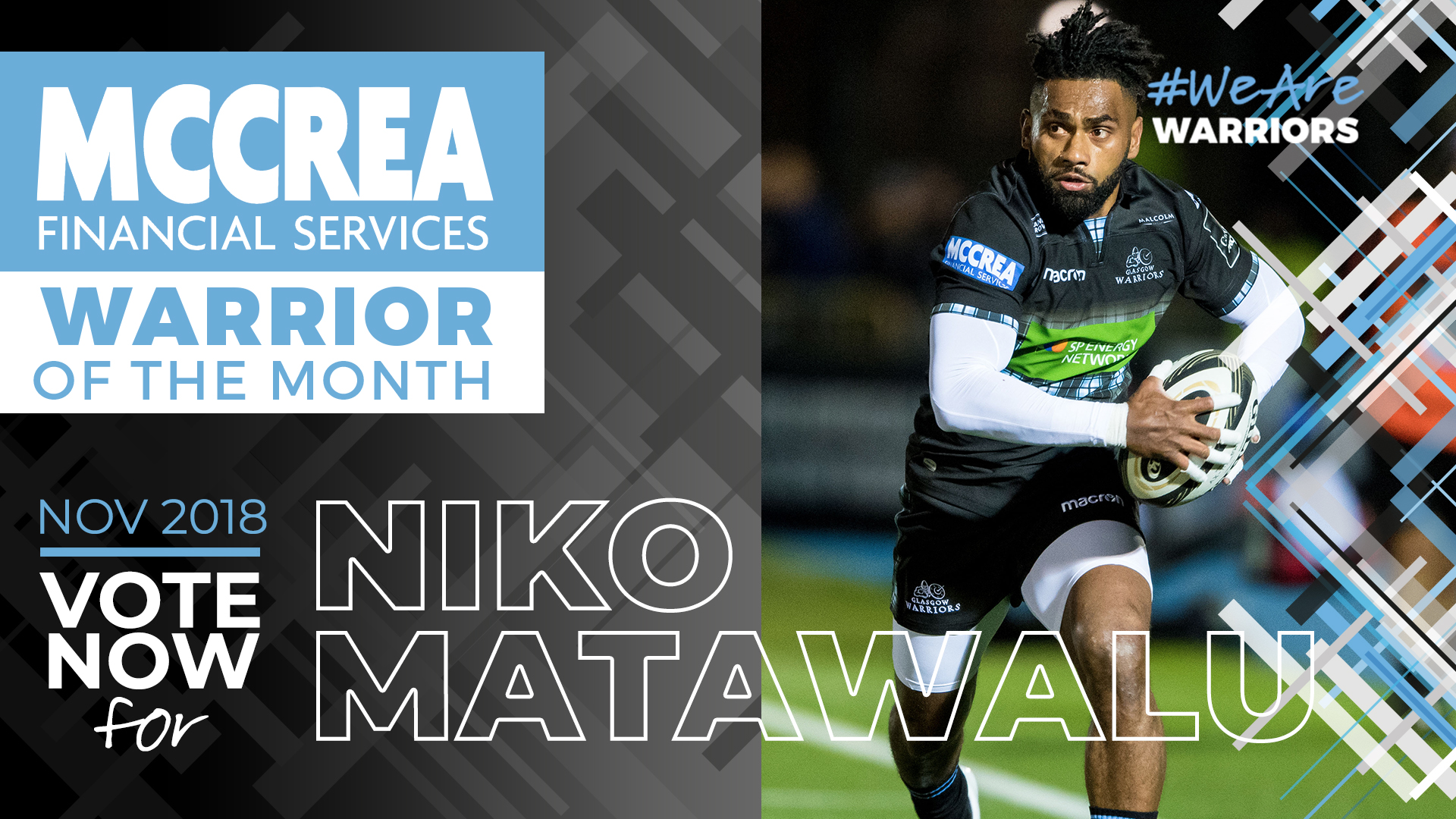 Stafford McDowall made his first start for the club at the Liberty stadium and looked assured at inside centre, helping to create one of the four tries. The 20-year-old then made his first start at Scotstoun against Cardiff Blues and helped create Glasgow's third try, which was scored by Callum Gibbins. 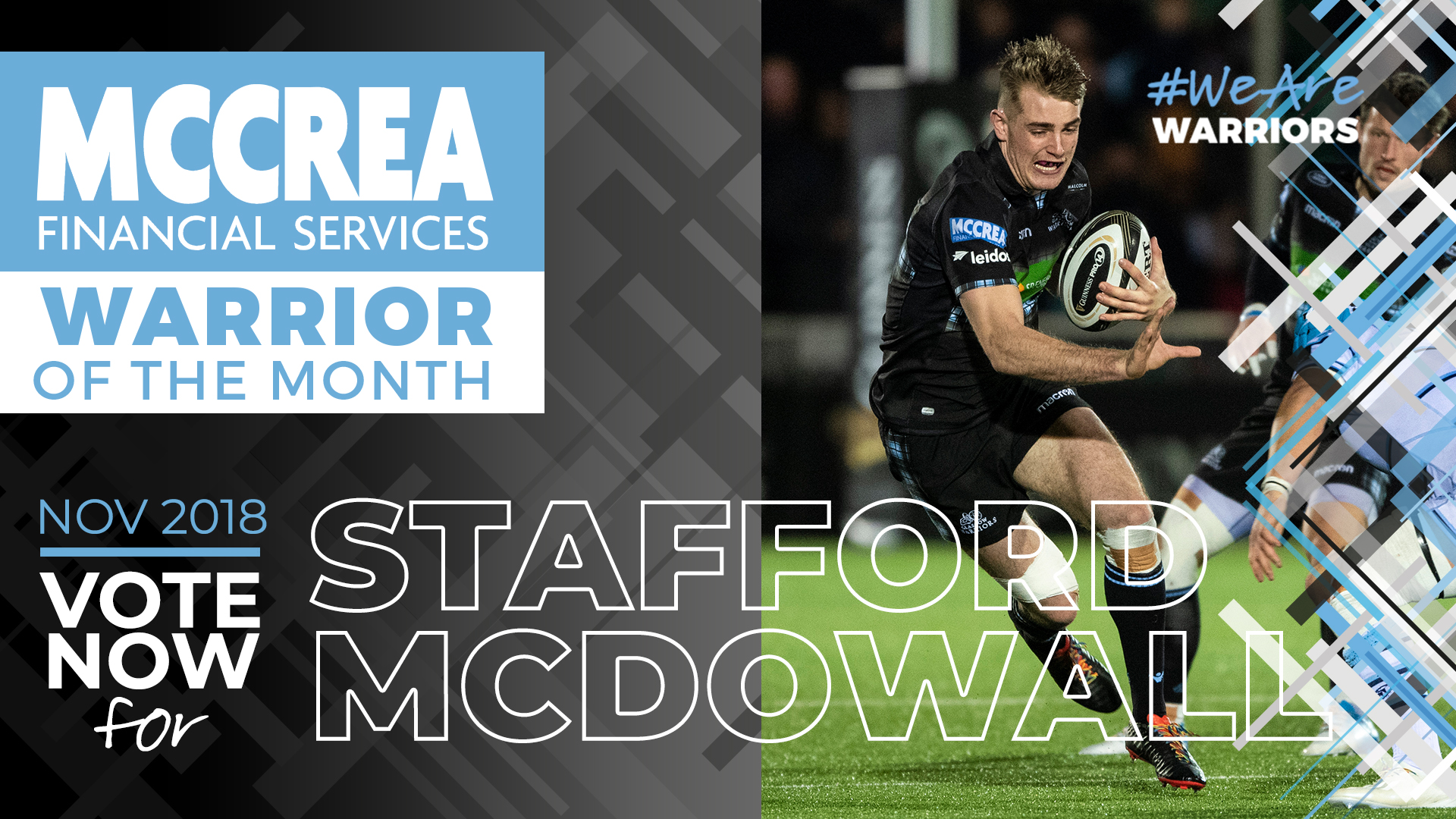 McCrea Financial Services provides advice on Mortgages, Retirement Planning, and Pensions for Warriors Supporters. Find out more about us at mccreafs.co.uk or follow us on Twitter or Facebook.