A landmark February for Partick Thistle midfielder Stuart Bannigan saw the Thistle number eight scoop the McCrea Financial Services Player of the Month award in the same month as he racked up his 300th Partick Thistle appearance! 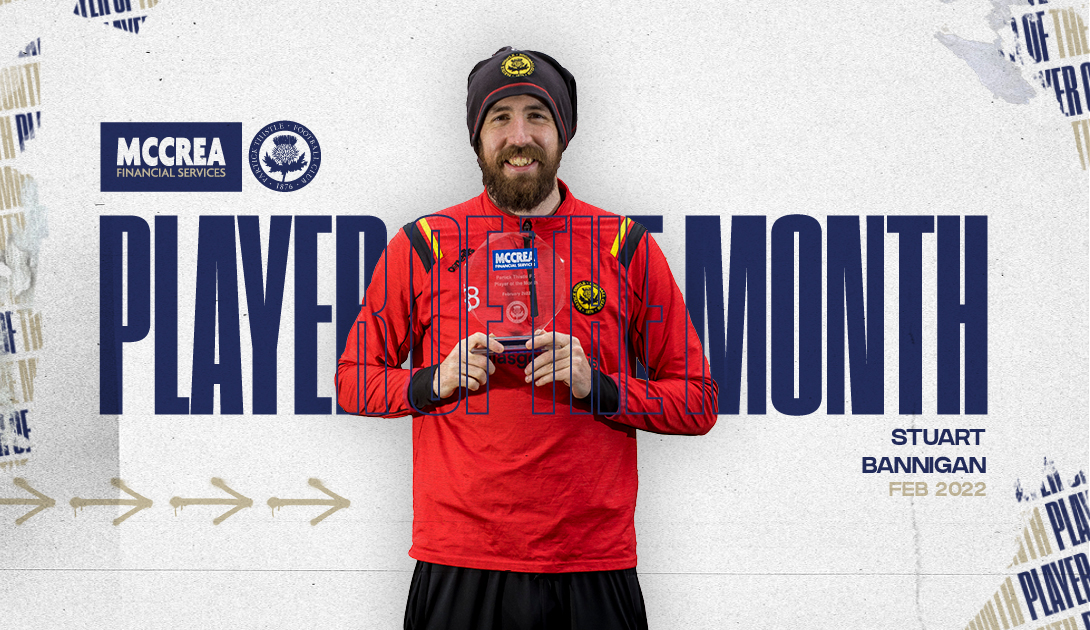 In a tightly contested vote which included midfield partners Ross Docherty and Robbie Crawford, as well as on-form striker Brian Graham challenging for the honour, Stuart came out on top as voted for by the fans.

“For myself personally, I was really pleased to finally reach 300 games for Partick Thistle. When you are a kid, you always want to hit these landmarks and targets and I still feel I have more that I can give to the team to help us push on. I’ve won a couple of these awards over the years and it is always a nice feeling when you get the call to tell you that the fans have voted for you to win this award.

“February wasn’t a great month for us as a team with too many dropped points from games we had hoped to get more out of and we all know as a team that we’ll want to pick up more points over the next few weeks to put us in as strong a position as possible for the end of the season.”