Behind the Scenes Hydro Tour 2018

We were delighted to offer a small group of clients an exclusive ‘behind the scenes’ tour of the SSE Hydro last week. The venue celebrates its 5th year in operation and has, quite incredibly, welcomed 5 million visitors in that time. Today it boasts a reputation as the largest entertainment venue in Scotland designed for live music entertainment and which now includes sporting and other special events. 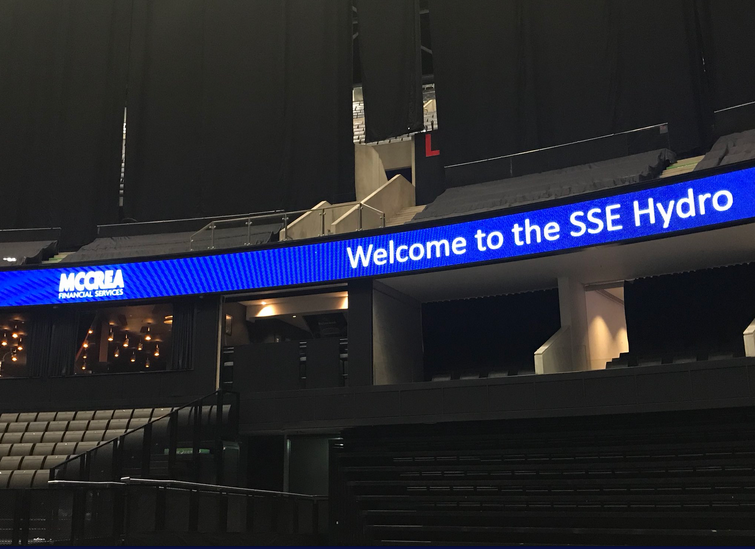 McCreas branding throughout the arena for one night only!

This was the second time we have organised the tour and it once again went down a storm with our clients and staff alike. On arrival, guests were welcomed by McCreas and Hydro representatives and escorted to the prestigious Capital FM Star suite where a selection of drinks and canapes awaited.

With so much to see, the tour was split into two main areas and first up was the Hospitality Tour; where guests were shown the various dining areas, all musically themed, from the furniture to lights and artwork, to the VIP Member Lounges and Executive Suites onlooking the main arena.

The second part of the tour was ‘Behind the Scenes’ where everyone got a sneak peak of the restricted access artist and operations areas, including VIP dressing rooms, green room, suites and lounges for artists to chill out and prepare before going out on stage. There were also the production areas, and of course the stage door through to the main arena. Guests enjoying seeing the various framed and signed photos and kinetic wall (a series of over a 1000 metal plaques) from artists who have played at the Hydro and spent time trying to spot their favourites including top-class artists such as Prince, Elton John, Madonna, Ed Sheeran, Ellie Goulding, Jess Glynne and many more! 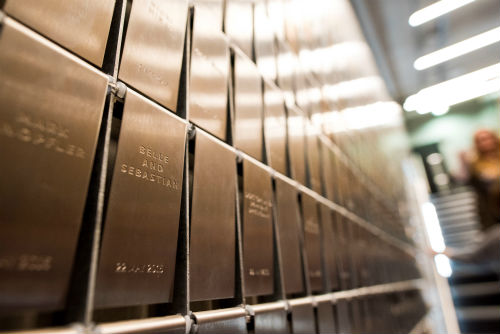 Kinetic wall (a series of over a 1000 metal plaques) from artists who have played at the Hydro.

The overwhelming response from guests regarding the tour was that it made for a thoroughly enjoyable and memorable night. The hospitality on the evening from the Hydro Club was excellent.

We would like to say a big thank you to our two Hydro hosts Lisa Forbes and Rachel Brown and excellent ‘Behind the Scenes’ Tour guide Chris for their hospitality on the night, and a thank you to all other Hydro staff who were vital in the smooth running of our event! 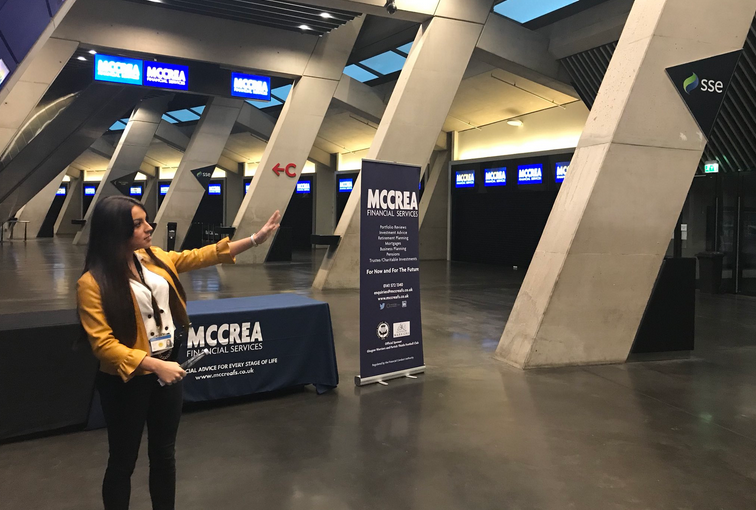 One of our hosts of the evening, Rachel, who welcomed guests and carried out the Hospitality Tour

To mark the end of an enjoyable evening we finished with a music quiz in keeping with the Hydro theme and the winning team of 4 all received John Lewis vouchers. We had requested that entrants made a small donation to our 2018 charity partner, Action for Children Scotland and were delighted to confirm £410 was raised on the night – significantly more than we had expected. Thanks so much to everyone who contributed so generously for the benefit of the charity.

McCreas organise many events and opportunities exclusively for clients and are always interested to learn more about our client’s hobbies and interests to ensure we can invite you to an event you would enjoy. Whether it’s a tour of the Hydro, a historic Scotland property visit, a day at the races or the rugby, or a visit to one of the many stand out National Trust gardens, do let us know what might appeal by emailing us at enquiries@mccreafs.co.uk or giving us a call on 0141 572 1340 and we can ensure we have this noted for future plans!