Sebastian Cancelliere is excited to build upon a series of electrifying recent performances in Glasgow Warriors colours as the 2021/22 season reaches its climax, after being voted as the McCrea Financial Services Warrior of the Month for March.

The Argentinian takes home the club’s monthly award after his inaugural nomination for the prize, earning 46% of the vote from the Warrior Nation to see off the challenge of team-mate Jamie Dobie.

Having arrived at Scotstoun in the summer of 2021, the former Jaguares flyer has shown precisely why he was so highly sought after by the Glasgow Warriors coaching team across the month of March.

The 28-year-old was the catalyst for a sensational score in the opening match of the 2021/22 1872 Cup, identifying a turnover and racing clear before flipping a Campese-esque no-look pass to send Josh McKay over for a memorable try against Edinburgh at Scotstoun.

Cancelliere then followed that performance up by registering his first two tries in Glasgow colours just a week later, crossing for a brace in the narrow 32-26 defeat away to Cardiff.

The winger’s footwork and acceleration were on full display as he finished off a Kyle Steyn break to slalom his way over for his first try, before picking off an interception and racing 65 metres to dive over in the corner at the start of the second half.

A product of the Hindu Club in Buenos Aires, Cancelliere also possesses a degree in engineering away from his rugby career.

“First of all, it’s an honour to be voted as Warrior of the Month by the fans,” a delighted Cancelliere told glasgowwarriors.org.

“As a team, I feel we made some good strides last month. We know we have to be better in certain areas of our game, but we’re building well and we’re ready to get stuck into the last few weeks of the season. 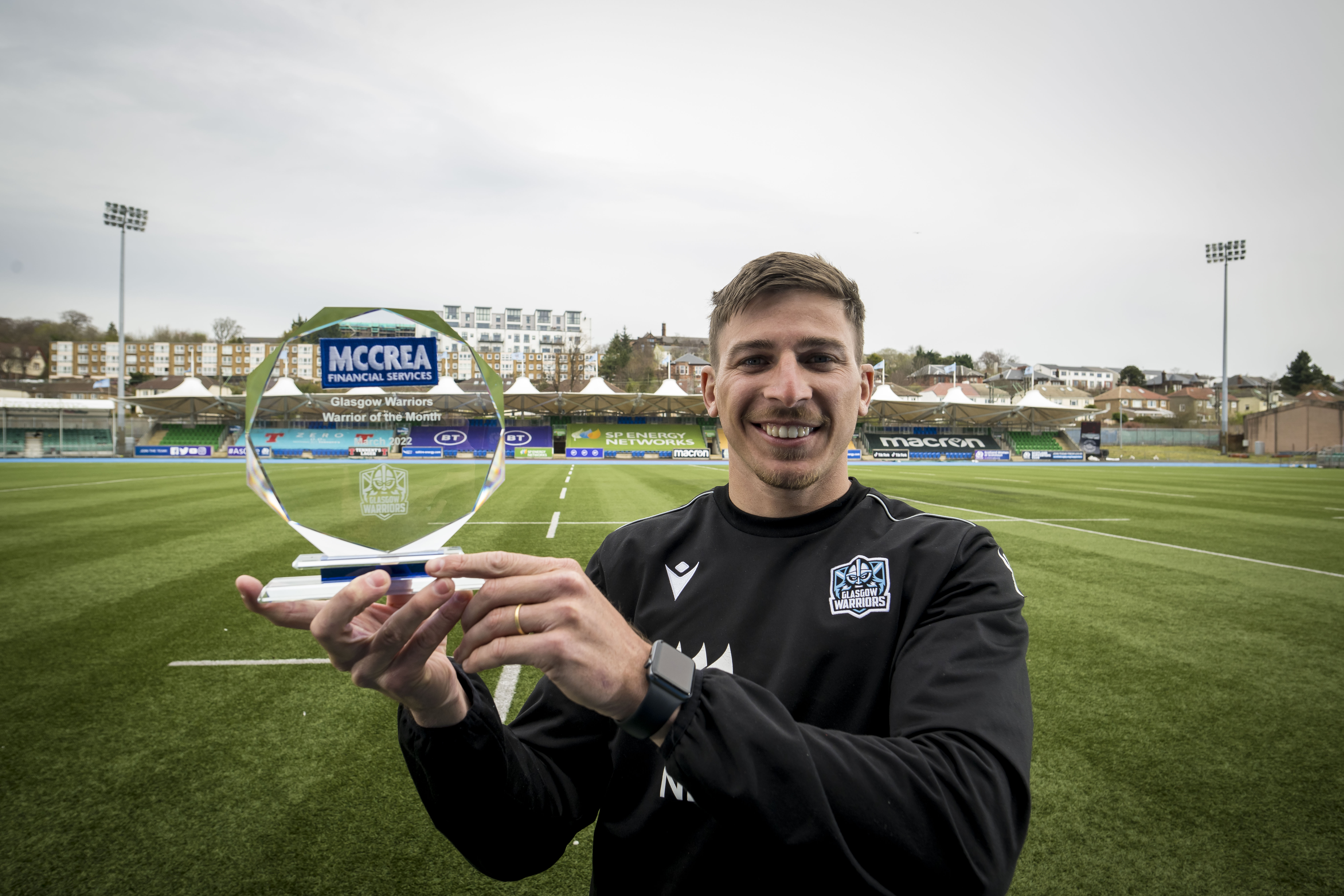 “You always want to score when you play as a winger, so I was so pleased to score my first tries for the club against Cardiff. It’s my job to score and to help the team, and hopefully they’re the first of many tries for Glasgow!

“I just want to keep playing for this club and to hold onto my position. I feel like I’m learning every week, and I want to keep improving and enjoying my rugby.

“The fans have been so good to me, and I’m so happy that they like me! I’m really happy here and I want to thank them for voting for me.”