Young players have played a vital part in Thistle’s return to the Championship, stabilising a top half finish in an extremely competitive division. With a number of young players having an impact around our first team environment this season, it was fitting to recognise the contribution of developing talent during our season.

Nominated for the McCrea Financial Services Young Player of the Year award are: 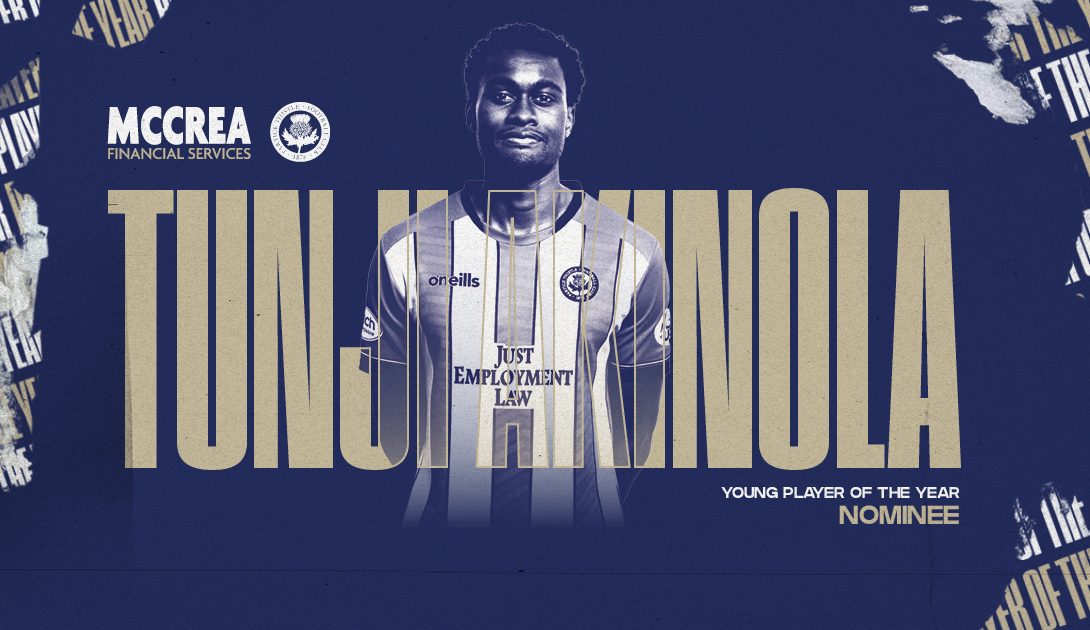 A popular summer signing, Tunji has had a successful first season in red and yellow. Arriving at the Club in August, Tunji had to wait a little while for his opportunity in the side but took full advantage when it arrived. His form throughout the season has been of a consistently high standard as he made himself an indispensable member of the defensive unit during a historic clean sheet run. With interested eyes from elsewhere, Tunji committed his future to Thistle with a new contract in early 2022, much to the delight of the Red and Yellow Army – does he get your vote for the McCrea Financial Services Young Player of the Year award?

Vote for Tunji on ptfc.co.uk 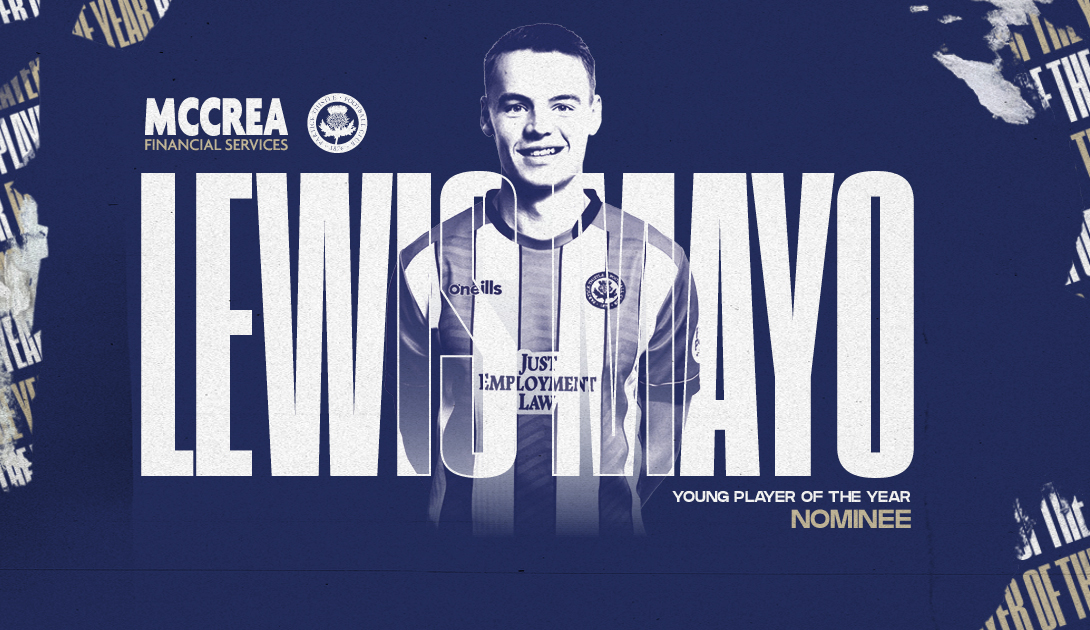 Enjoying his second loan spell with Thistle, Lewis has shown all of his quality over the season in red and yellow. A first choice pick at centre half, Mayo’s form has been vital to the side and it is clear that the youngster can go far in the game. International recognition with the Scotland under 21 side has been regular for Lewis this year and no matter where he has played in the side, he has been one of the best players on the pitch. His first professional career goal arrived at Firhill this season, a decisive winner against Hamilton in November. Are you going to give Lewis your vote for the McCrea Financial Services Young Player of the Year award?

Vote for Lewis on ptfc.co.uk 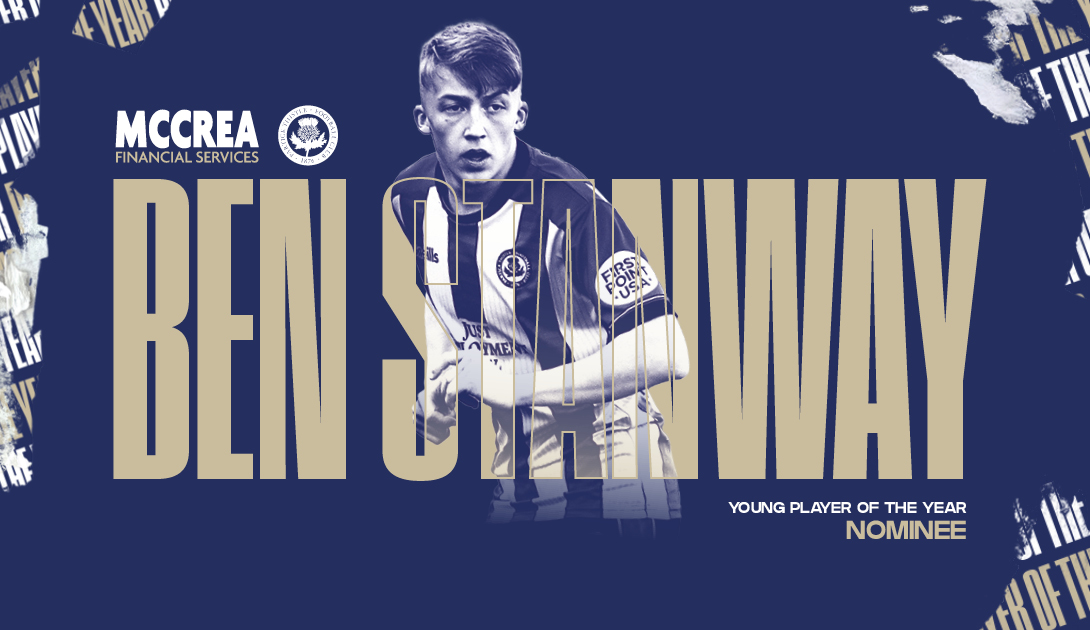 A Thistle Weir Youth Academy graduate, Ben has been around the first team environment for most of the campaign. The management team rate the young midfielder highly and moved swiftly to sign him on a Modern Apprentice contract midway through the season. Ben made his Jags debut as a substitute in our SPFL Trust Trophy tie against Stranraer and he has already gone on to make his league debut at Firhill in red and yellow. A promising future lies in wait for the talented young player, does the Academy graduate earn your vote for McCrea Financial Services Young Player of the Year award?

Vote for Ben on ptfc.co.uk 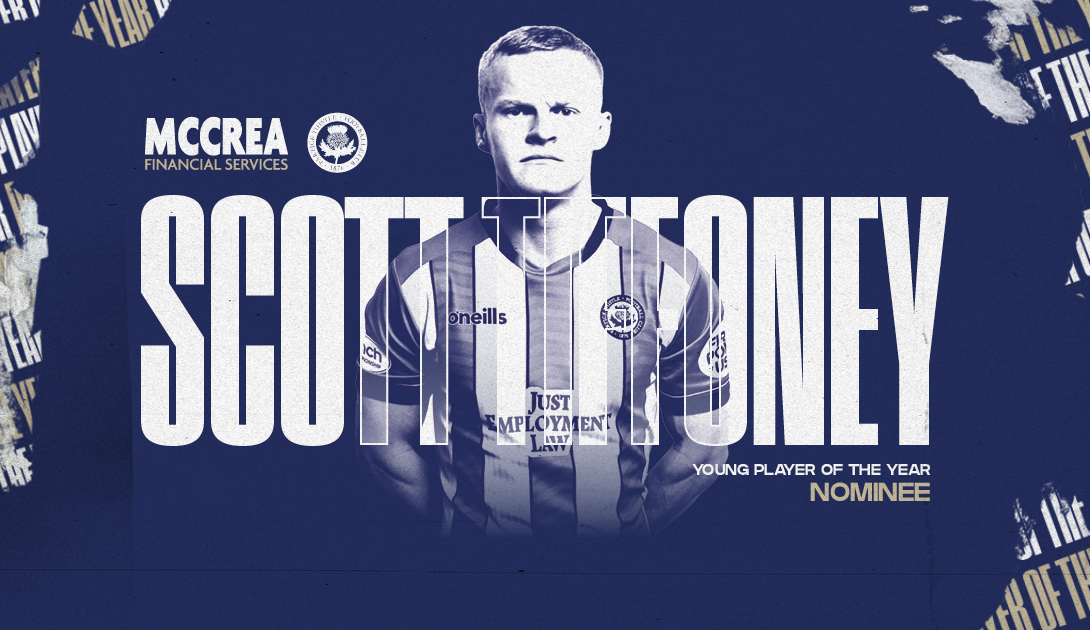 If you need an example of a young player hitting the ground running, then look no further than Scott Tiffoney. Vital contributions in the attacking areas of the park have led to key moments for the side in red and yellow and with a number of decisive strikes to his name, Scott has been one of the players that Thistle fans have enjoyed watching the most on the return to stadiums this campaign. A number of standout performances have caught the eye but has he done enough to earn your vote for this coveted award?

Vote for Scott on ptfc.co.uk

That completes the shortlist for the McCrea Financial Services Young Player of the Year award. It’s over to the Thistle faithful to vote for their favourite. Voting closes on Monday, 25th April at noon.