Openside flanker Rory Darge has been named as the McCrea Financial Services Warrior of the Month for October, after continuing his scintillating form in Glasgow colours.

The 21-year-old was crowned victorious after taking over 50% of the vote from the Warrior Nation, taking home the club’s monthly award for the second time since arriving at Scotstoun back in March.

A barnstorming start to the United Rugby Championship season saw Darge produce a masterclass of a performance in the season opener away to Ulster, coming away with the Player of the Match award despite ending up on the wrong side of the scoreline.

The flanker backed up that display by repeating the feat a fortnight later, taking home a second Player of the Match prize in the 13-9 win over Emirates Lions at Scotstoun.

His tenacity at the breakdown sees him lead the Warriors in turnovers this season with four to date, whilst his footwork and ability in open play sees him trail only Rufus McLean and Jack Dempsey in defenders beaten.

Selected in the Scotland squad for the Autumn Nations Series, the former Scotland U20 captain has been name-checked by pundits across the URC as one to watch for the remainder of the 2021/22 campaign. 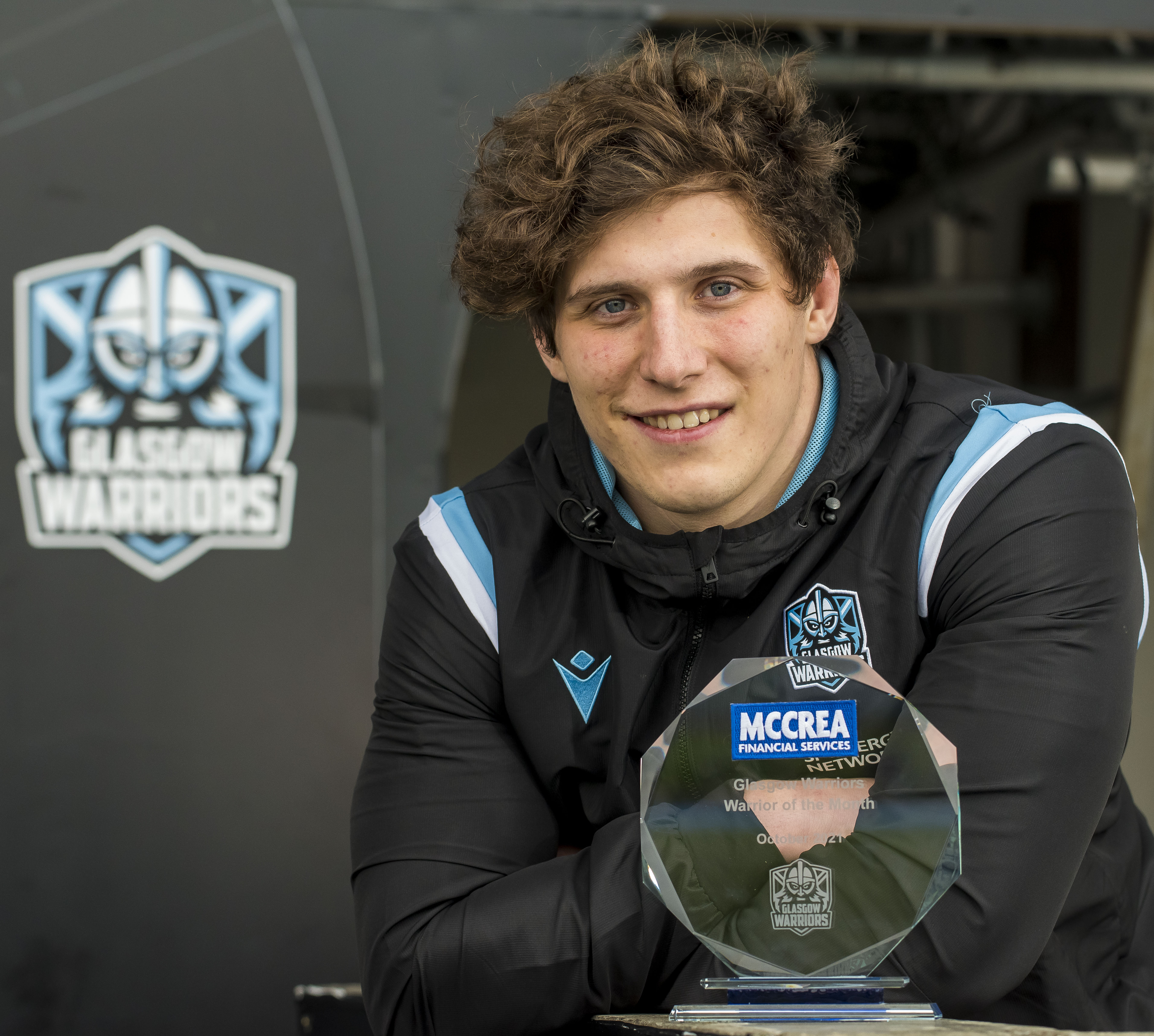 Speaking after being presented with his trophy, Darge told glasgowwarriors.org: “I’m absolutely delighted to receive this award.

“It’s a great feeling to get this recognition from the fans – it’s been so good to have them back in the stands at the start of the season, and they bring something incredibly special on matchdays.

“I’m loving my rugby at the minute. It’s my first taste of playing professional rugby in front of crowds, as it is for a lot of the young boys. We’re really proud to represent this club and I’ve been loving the atmospheres so far this year. Scotstoun is always incredible, and the noise over at the Kingspan was unreal too.

“We’re happy with where we sit after the first block of fixtures – we’d have liked to have a couple more points on the board, but we’ve got a massive trip to Benetton to focus on once we come out of the international window. We were disappointed with our performance the last time we went over there, so we’ll be looking to hit the ground running going into the next block of matches.”