Rory Darge has taken victory in the final McCrea Financial Services Warrior of the Month poll for 2020/21, after a breakthrough month for the openside flanker. 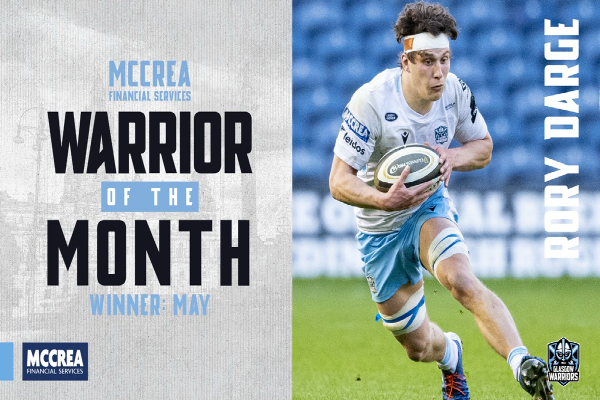 The former Scotland U20 captain narrowly edged out Kyle Steyn to claim the award for the first time in his career, the fourth successive month that the prize has been claimed by a new winner.

Having made his Glasgow Warriors debut in the trip to Benetton at the end of April, the 21-year-old turned in a landmark performance on his first start for the club at BT Murrayfield.

The flanker was heavily involved across the park, making an impact in both attack and defence to help the Warriors to a 31-24 victory at the home of Scottish rugby.

He then took his game to another level a fortnight later, as his all-action style had the superlatives flowing from the Premier Sports punditry team in a Player of the Match-winning display against the Dragons at Cardiff City Stadium.

A perfect defensive performance saw him record 19 tackles from 19 attempts, in addition to two turnovers and tireless link play in the loose.

Darge saw his form rewarded by a first call-up to the senior Scotland setup last week, the flanker one of 15 Glasgow Warriors selected by Interim Head Coach Mike Blair. 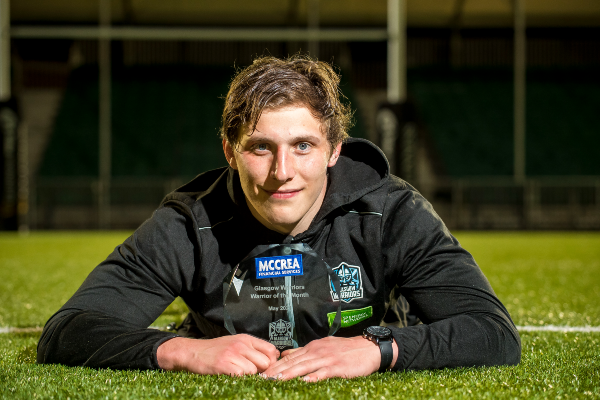 "I’m delighted to be voted Warrior of the Month by the fans," Darge told glasgowwarriors.org.

"It’s been a really good month to be involved in - we've found a bit of rhythm, winning four games in a row and getting the three bonus-points.

"Everyone’s really enjoying themselves and it sets us up really well as we look ahead and into next season."