Final Warrior of the Month Award for this Season

It was a challenging month for the Warriors, which started with defeat to Saracens in the European Rugby Champions Cup quarter-final and ended with a narrow one-point loss to Leinster in Dublin. The Warriors lost by three to Munster in Cork, but claimed a bonus-point win over Zebre at Scotstoun. 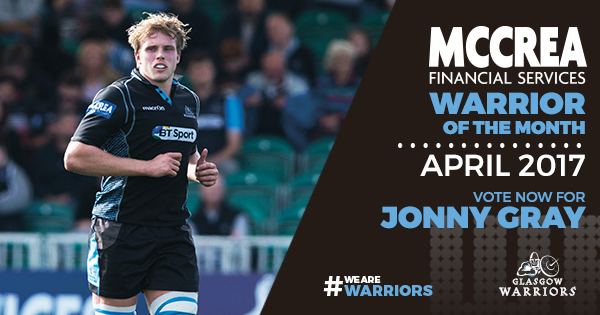 Gray had to leave the field early at Allianz Park at the start of the month, but played the full eighty minutes against Leinster on Friday night, leading by example and putting in a huge shift in the engine room. 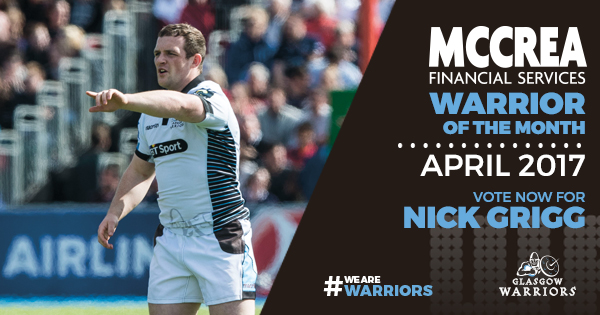 Grigg has had another impressive month for the club. The centre came off the bench against Saracens, but started against both Zebre and Leinster. He scored his fifth try of the season against the Italians and continues to go from strength to strength in the Warriors midfield. 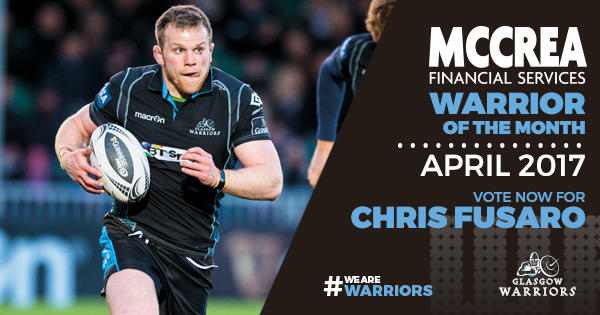 Fusaro played the full eighty minutes against Zebre and Leinster and has worked really hard this season to get back fit and reclaim his place in the side. The Scotland international also featured off the bench against Saracens. 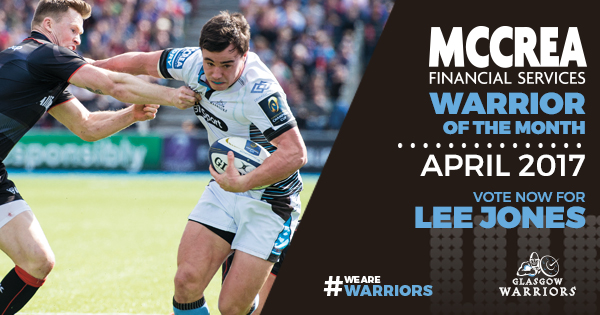 Jones scored two tries during the month, both coming in defeats. His first was a stunning try against Saracens and he also scored against Leinster in Dublin on Friday night in a game which saw the Warriors stage a spirited second-half comeback only to lose by a single point.