First Player of the Month award win for Akinola

Partick Thistle’s Tunji Akinola has been voted the McCrea Financial Services Player of the Month for September, following his first full month at Firhill. 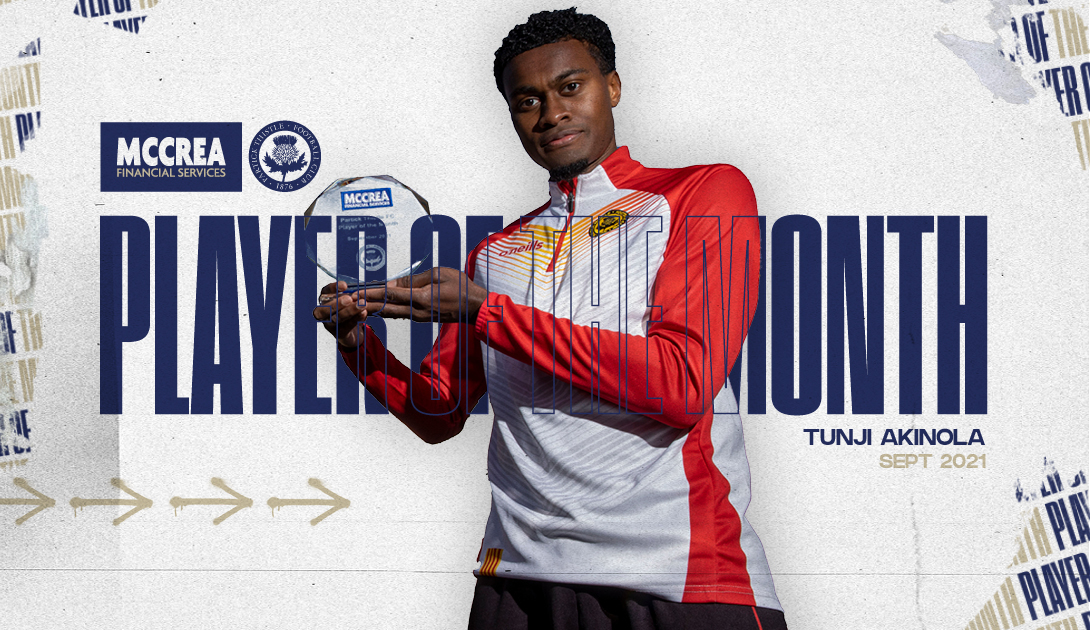 English defender Akinola followed up his first start against Morton in late August, with an outstanding display in Stranraer, scoring his first senior goal as he helped the Jags to a 2-0 SPFL Trust Trophy victory in early September. The performance earned him a place in the SPFL Team of the Week. While September’s league results were disappointing, Akinola continued to impress Jags fans with his commitment and got his October off to a storming start with his performance against Ayr United earning another SPFL TOTW spot.

Upon receiving the award, Tunji said:

“September was my first full month at Thistle and an award like this which is voted for by the fans is special to me as it shows they appreciate what I do but I just want to keep going, keep working hard and keep improving. 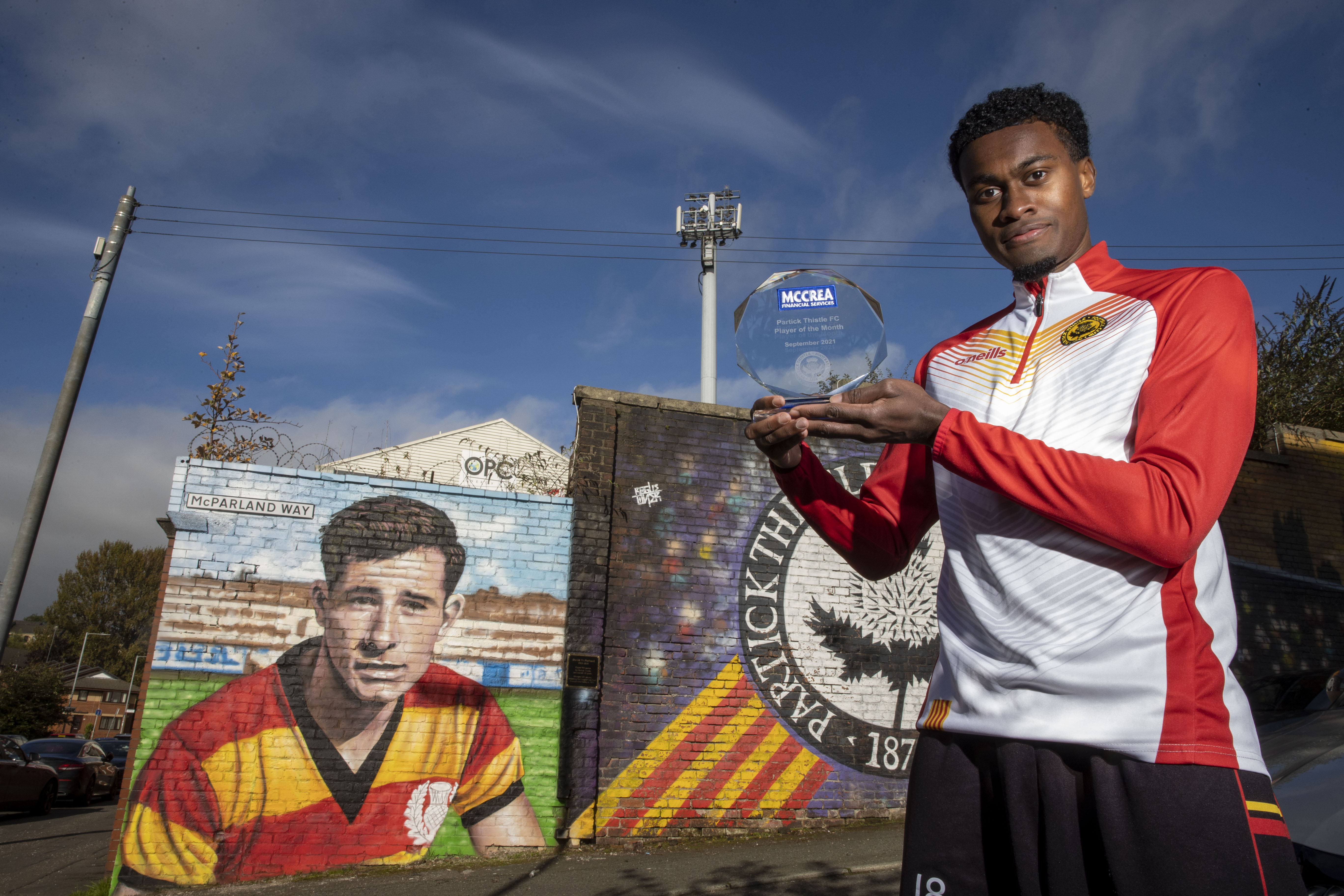 “I feel like I’ve settled in really well. A lot of the boys are around the same age as me and that helps when it comes to settling off the pitch as well. On the pitch, I know how the manager wants to play, training is good, it’s intense which is what I’m used to, so it’s been a good start personally but, I’m not satisfied, I want to keep improving and do better.”