Hat-Trick Hero Sammon - PLUS your chance to win 4 tickets to the Killie game!

Conor Sammon has made it a hat trick as he was voted the McCrea Financial Services Player of the Month for February - making it three trophies in three months!

Conor’s remarkable run of form since the New Year continued as he made it eight goals in nine games. Netting in four of the five February matches, the big striker is clearly in red hot form and long may that continue!

Conor was presented with his award at training as the team returned after the impressive draw with Aberdeen on Saturday.

On making it three in a row Conor said: “I was really surprised when I won two in a row but to win three in a row is absolutely fantastic. I have to say such a massive thanks to all the supporters who voted for me. As a player on loan it really does mean a huge amount and I just want to do the best that I can in the time I'm here. 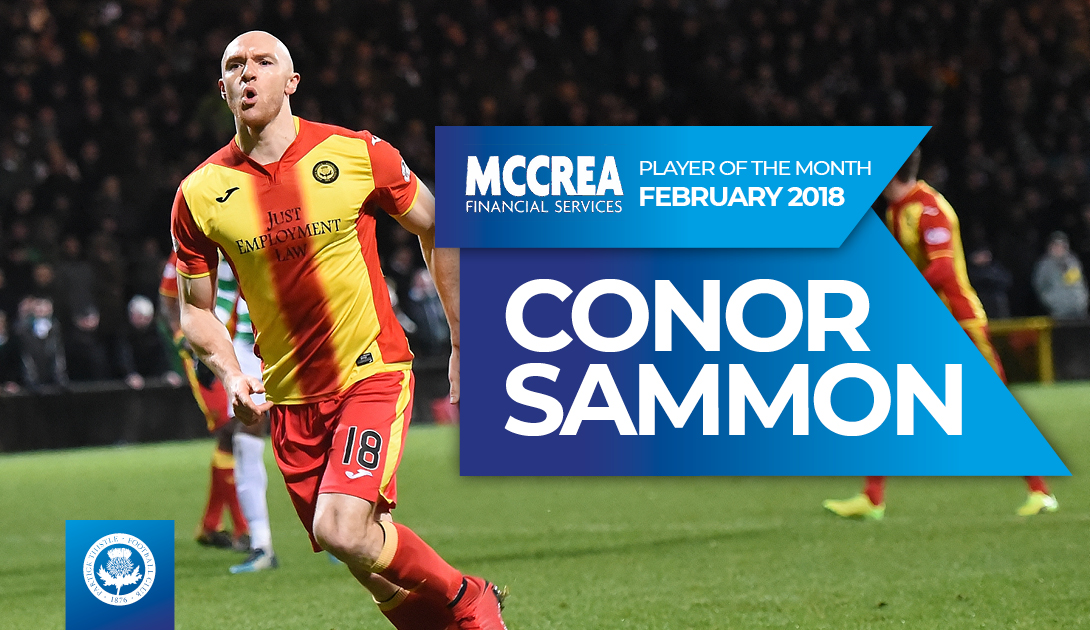 "It's going to be a massive couple of months for us but I think we have the players in the squad to do what needs to be done and keep us in the division.

I've really enjoyed my time here so far and I'm now just aiming to keep my good run going and hopefully my goals can help move us up the table by the end of the season."

In celebratory spirit we are running a competition for your chance to win four tickets to the Thistle vs Killie game on Saturday 7th April, along with a signed winners board from Conor Sammon himself! All you have to do is answer one simple question - from which club is Conor presently on loan?

All you need to do is:

Email your answer, along with your name, age and contact telephone number, to competition@mccreafs.co.uk