After two years with Partick Thistle, talismanic striker Brian Graham has finally scooped the trophy that all the players are after - winning his first McCrea Financial Services Player of the Month award.

The Jags number nine has been voted the winner of the January 2022 award by the Thistle support, edging out teammates Ross Docherty, Jamie Sneddon and Scott Tiffoney. 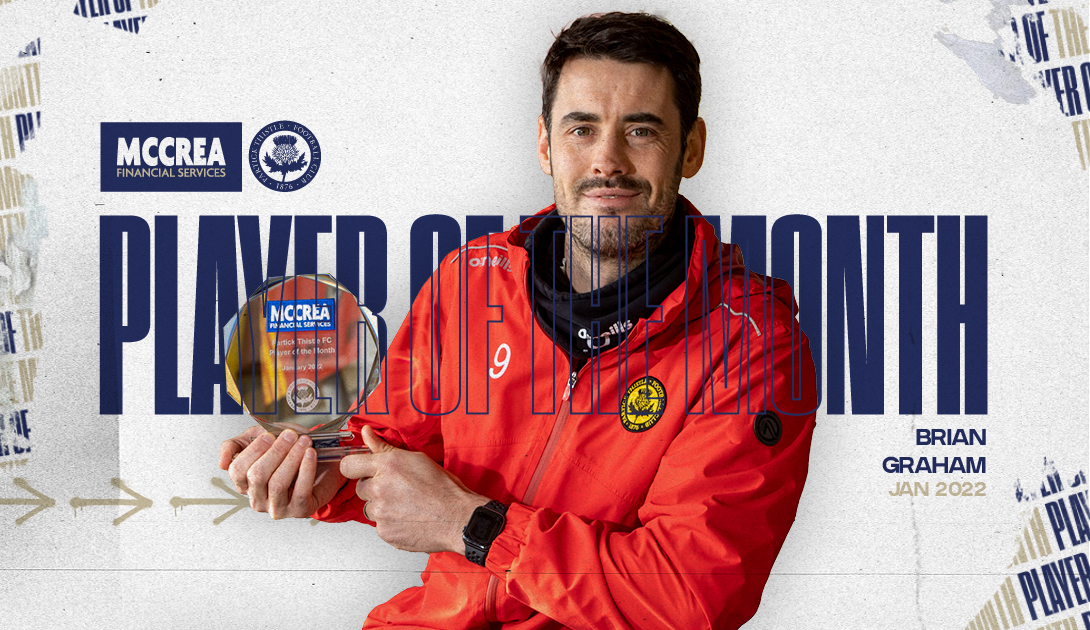 Graham was influential as ever during the opening month of the new year with a goal and an assist in three games, backed up by his usual tireless off-the-ball work. Thistle’s top scorer started the month by setting up their second goal against Hamilton Accies at the Fountain of Youth Stadium and finished the month with the winning goal in another Scottish Cup triumph over Airdrieonians at Firhill.

“Personally, I’m very pleased to win the award. I’m feeling good at the moment and it’s always great to have that recognised, especially by the fans. It’s been fantastic to get the winner in our last two games and hopefully there’s plenty more of that to come.

“At the end of the day, it’s all about the team effort and as a group we’ve been feeling good as well. We’ve had two draws and two wins to start the year and we feel we’ve played pretty well in all of those games. It’s an important period for us coming up now and we can’t let our levels drop if we want to achieve the things that we’re aiming for.”