Having played every minute of every game for the Jags this month it was James Penrice who was ultimately named the McCrea Financial Services Player of the Month for October.

A Thistle Weir Youth Academy graduate, James has relished being first choice left back this season and has delivered performances belying a player of his young age. The energy he brings to the left back position helps drive the team forward and, without the ball, he plays like a much more experienced defender than he actually is. James has already won the award this season and has this month picked up the trophy for a second time.

Although October was a poor one for Thistle, James knows there is better to come as the players begin to gel under the new manager.

On receiving his award James said:

“October has been a tough month and all the players know that the results have been nowhere near good enough. The manager has a clear view as to how he wants to play and we, as a squad, are working hard every day to bring that identity on to the pitch come Saturday. It has been a big change with the new manager coming into the Club but the whole squad has reacted really well – we just need to translate that into points now.

“Despite the results this month it is always a fantastic feeling to receive an award that has been voted on by the fans and I’m hugely grateful for everyone who picked me as their choice. All I’m trying to do is perform the best I can every week and help earn results that will see us move up the league table” 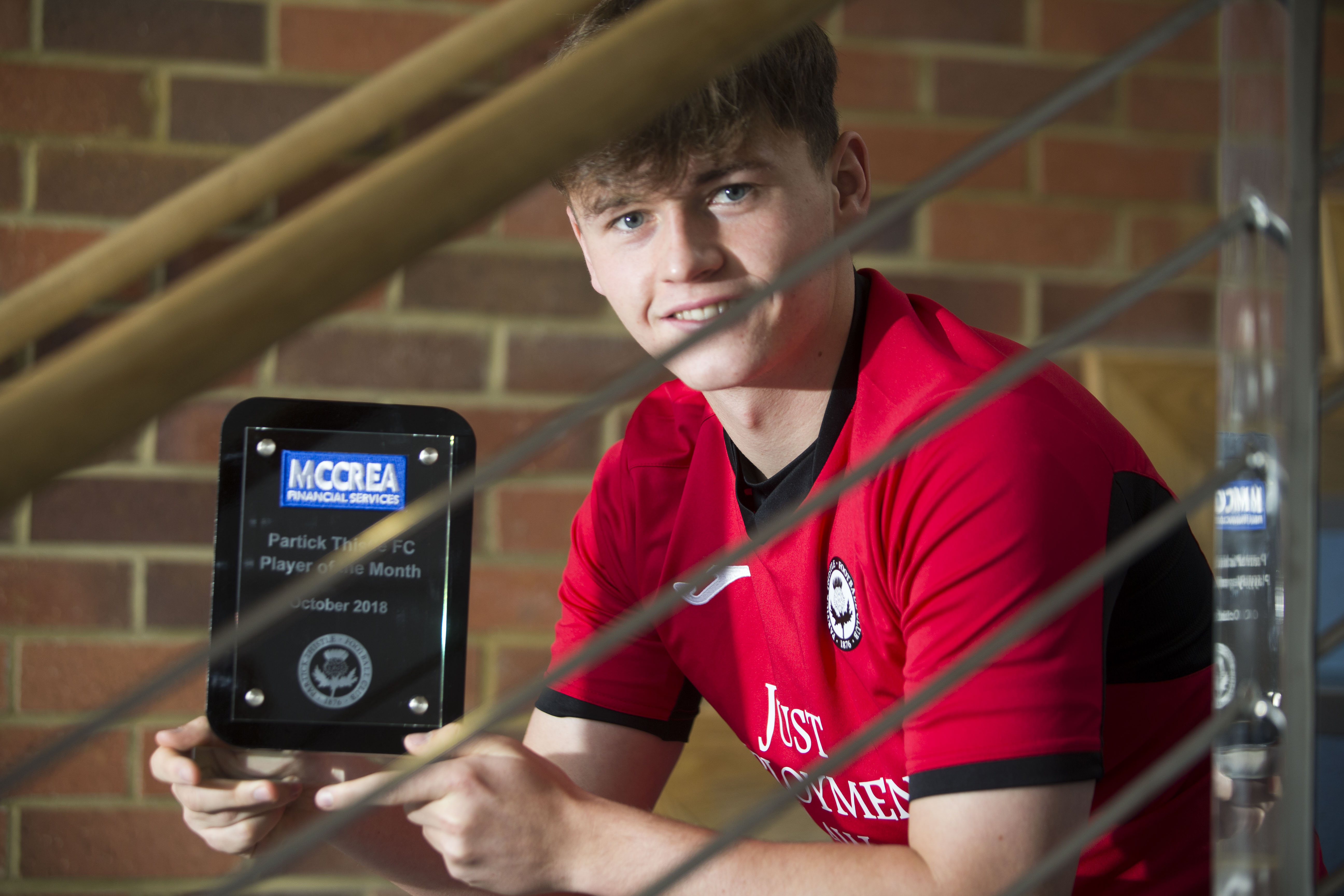