Jones voted as October Warrior of the Month

Huw Jones has been named as the McCrea Financial Services Warrior of the Month for October, following a standout start to the 2020/21 campaign. 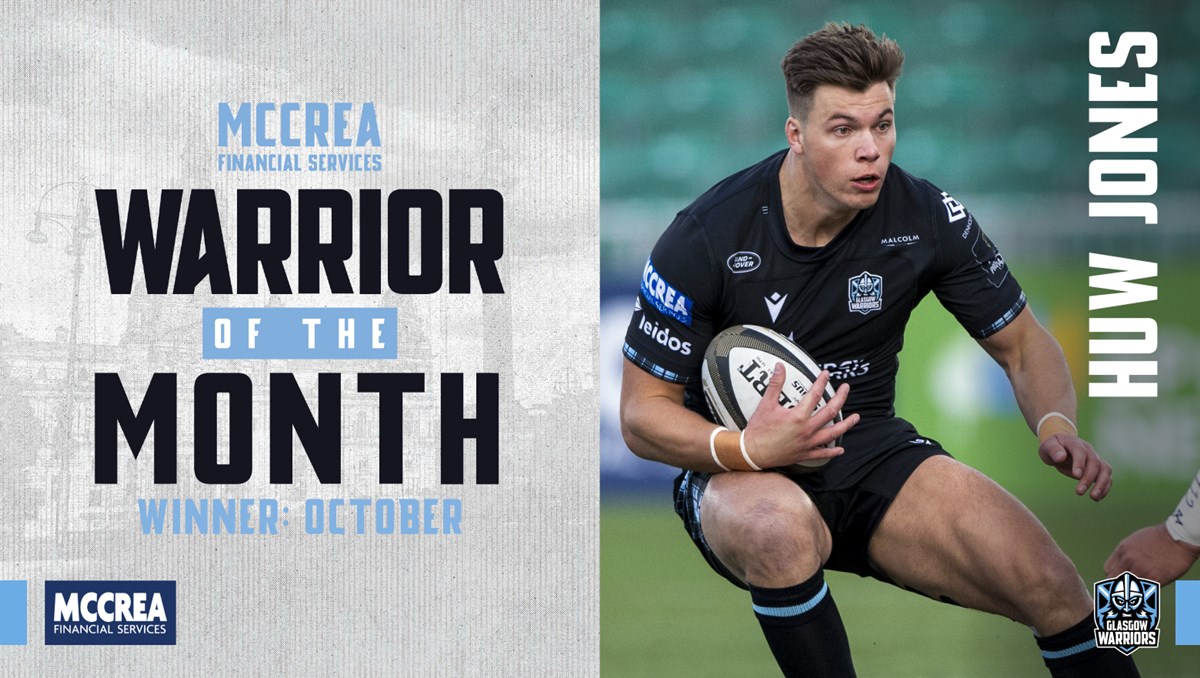 The 26-year-old took home 68.7% of the public vote, the Warrior Nation recognising the full-back for his eye-catching performances in the first month of the new season.

An impressive first outing of the season saw Jones make 120 metres with ball in hand in a try-scoring display against Connacht, before touching down once more against the Ospreys at the Liberty Stadium in round three of the Guinness PRO14.

The full-back currently sits top of the charts for metres made across the competition with 224, whilst also placing in the top five for defenders beaten, clean breaks and offloads.

It’s the second time in his Glasgow career that Jones has taken home the Warrior of the Month prize, having also emerged victorious in December 2019.

“You get a lot more licence to attack at full-back, which is probably the best part of my game. I’ve been given a chance to show what I can do, and playing every minute gives me a great chance. I’ve always said that the more games I get the better I’ll be, and Danny [Wilson] has given me the opportunity.

“The Connacht and Ospreys games are matches we should have won. We were the better team for much of those games, but I think there’s definitely something bubbling under here. It’s tough for any team to lose internationals, but the guys coming in are putting in good performances and a lot of effort. There are a lot of positives coming out of the games, we just need to be harder to beat.

“I just want to thank the fans – we’re gutted that you can't come and watch at the minute, both at home and away, but I’d like to thank them for voting for me and for cheering us on from home.”