It was a busy march for Partick Thistle as they took to the pitch on seven occasions.

Two important wins were secured courtesy of winning goals from Kevin Holt and the Jags number three rounded off an impressive month by lifting the McCrea Financial Services March Player of the Month. 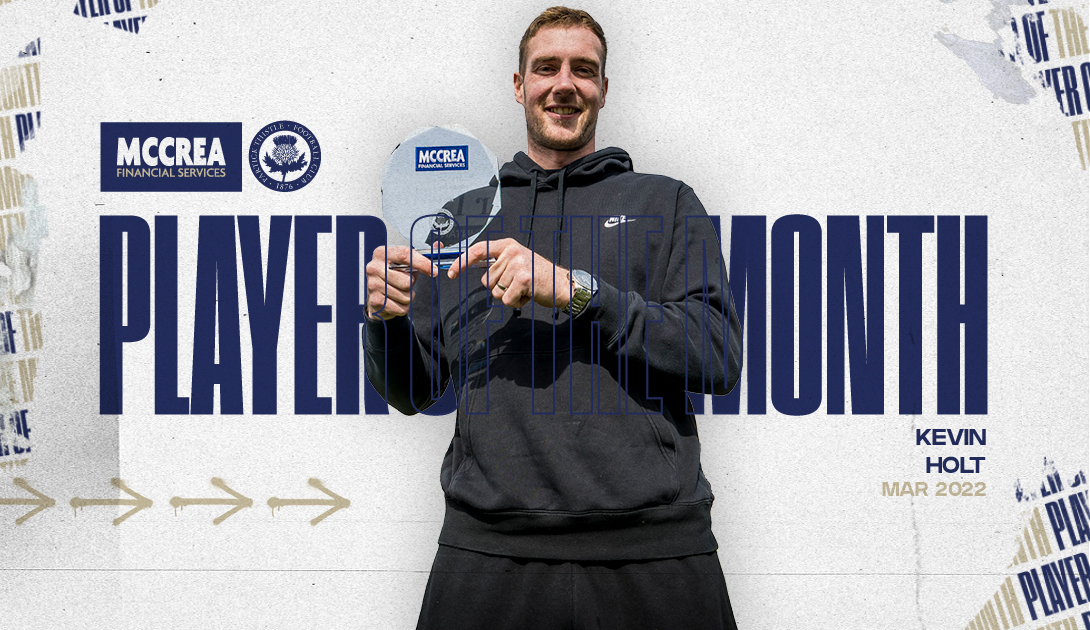 Partick Thistle number three Kevin Holt has scored his fair share of goals this season but probably his most important strikes came in March as he bagged two match winners in back-to-back games. Firstly, he got on the end of a low corner to drill home the deciding goal against Inverness before he converted a late penalty to secure three points against his former club Queen of the South, helping the team move up the table into the play-off places.

Upon receiving his second award of the season, Kevin said:

"It's been a busy month and the last few results haven't gone the way we've wanted to which has been a disappointing couple of weeks. I scored a couple of winning goals early in the month but I'd rather other players scored them if it meant we could have picked up more points in the last three or four games.

"When I joined the club in the summer, the manager said that the target was to be challenging for the top four and with a handful of games remaining, we have an opportunity to secure that top four space and head into the playoffs, where anything can happen."