March Player of the Month for Thistle up and running

March was a busy month for Thistle as the side played five games in 18 days playing two of the three games in hand over other sides in the Premiership.

A midweek clash with St Johnstone was first up and Callum Booth bagged his second Thistle goal, just a matter of days after notching his first. Another strike from distance by Steven Lawless ensured Thistle had a two goal cushion to defend and the side secured another three valuable points.

Next up was a week where the side played Hearts, Aberdeen and Celtic in seven days, a tough challenge for any side in Scottish football. A battling performance at Tynecastle ultimately led to no points as Hearts scored the only goal of the game to win 1-0.

Aberdeen were the midweek visitors to Firhill and Thistle had to work hard to keep the game goalless for close to 60 minutes. The deadlock was finally broken on the hour mark by Steven Lawless as he fired in another goal of the season contender. Thistle were defending well and appeared comfortable when the side conceded two goals in a couple of minutes to ensure the title chasing Dons left with all three points.

The Sky cameras covered Thistle’s next game with Celtic in town for a lunchtime kick off, a game which saw Thistle being awarded their first penalty since September 2014. Sean Welsh’s late spot kick was, however, nothing but a consolation as Thistle fell to a narrow 2-1 defeat.

Hamilton Accies were the final opponents for Thistle to face in March and, after going behind to Greg Docherty’s first half goal, a big second 45 was needed to get the points back to Maryhill. Goals from Mathias Pogba and Ryan Edwards secured all three points and ensure Thistle ended the month in 8th position in the Ladbrokes Premiership table.

Alan Archibald and Scott Paterson had a difficult decision to select four nominees for the March McCrea Financial Services Player of the Month shortlist but, after much deliberation, they did manage to narrow it down. Here are your March nominees:

It’s been another strong month for Tomas Cerny as he helped the side record two wins from five games during the month. He continues to prove a dependable final line of defence with consistent strong saves giving the team the opportunity to build on and take all three points. An award winner in August, will he scoop his second trophy this time round? 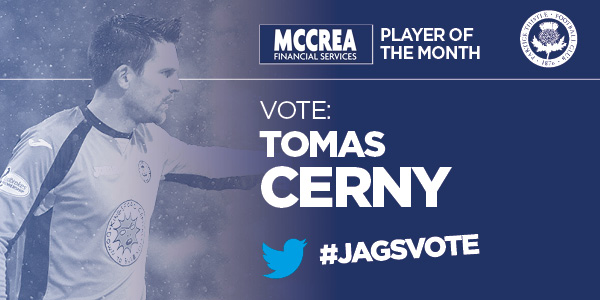 Steven has been in fine form for Thistle all season with consistent creative displays helping his fellow attackers get on the score sheet. The attacker has been building his own goal of the season competition and added another two candidates in March, with the opener against Aberdeen proving particularly memorable. 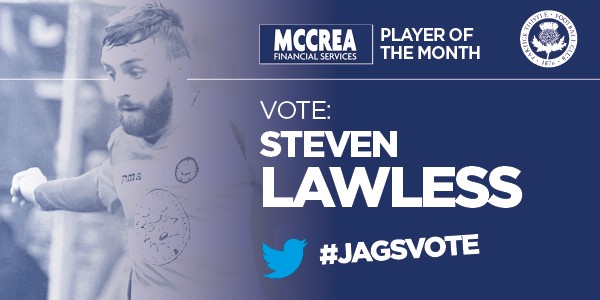 Vote for Steven on ptfc.co.uk

Captain, Abdul Osman, has put in consistently strong performances since arriving at Firhill in the summer of 2014 and is a key part of the midfield. It is perhaps these high standards which have seen him overlooked in nominations for the McCrea Financial Services Player of the Month awards his season. With long term partner Stuart Bannigan sidelined for the rest of the campaign, the captain’s assured performances will prove vital as he has to develop new partnerships in the heart of the midfield as the season concludes. 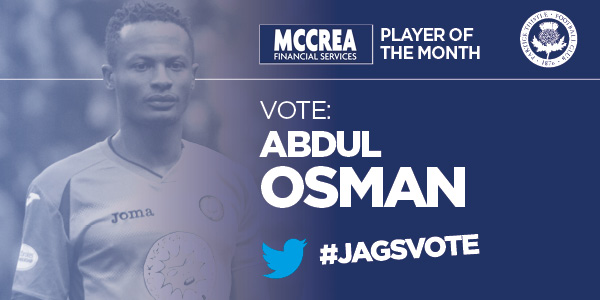 Vote for Abdul on ptfc.co.uk

Mathias has been a player who has continually improved since joining the club in August. He always presents a nuisance to opposing defenders and is a key man when helping Thistle build attacks further up the pitch with good vision setting forward those who have joined in support. He netted his second goal of the season against Hamilton with a powerful header and will be keen to finish the season as strongly as possible. 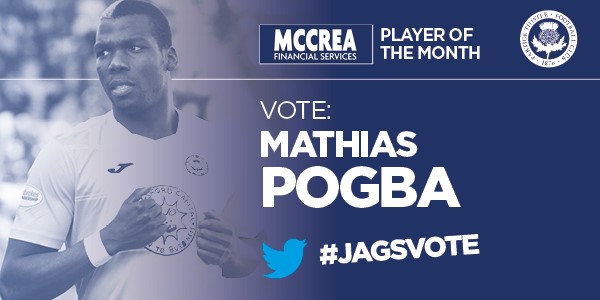 Vote for Mathias on ptfc.co.uk

So there you have it, your March nominees. All that remains is for you to vote for your winner. You can do this at ptfc.co.uk or on Twitter. Voting closes on 08/04/2016 at 17:00 so vote for your favourite now.