Supporters have voted Matt Fagerson as the McCrea Financial Services Warrior of the Month for October.

The 20-year-old had an impressive month, starting all four games at Number 8 for the Warriors and was involved in a number of tries, including length-of-the-pitch scores against the Blues and Munster and he also scored one of Glasgow’s four tries in the narrow defeat at Thomond Park.

He came off the bench to win his second cap for Scotland against Wales in Cardiff last weekend.

Fagerson, who was nominated along with Jonny Gray, Rob Harley and DTH van der Merwe, was presented with his award at Scotstoun as he took a break from training with Scotland ahead of this Saturday’s game against Fiji.

Speaking to glasgowwarriors.org, Matt Fagerson said: “It’s class to be recognised by the fans. They always turn out in large numbers for us at Scotstoun and I couldn’t tell whether it was Munster or Glasgow when we were there last month, so we have an incredible away support as well.

“When we play at home our supporters are a massive part of the drive they give us, so to have them involved at every opportunity is great, especially when they’re voting for this award.

“It’s also cool to win this award for the first time – it was a good month.” 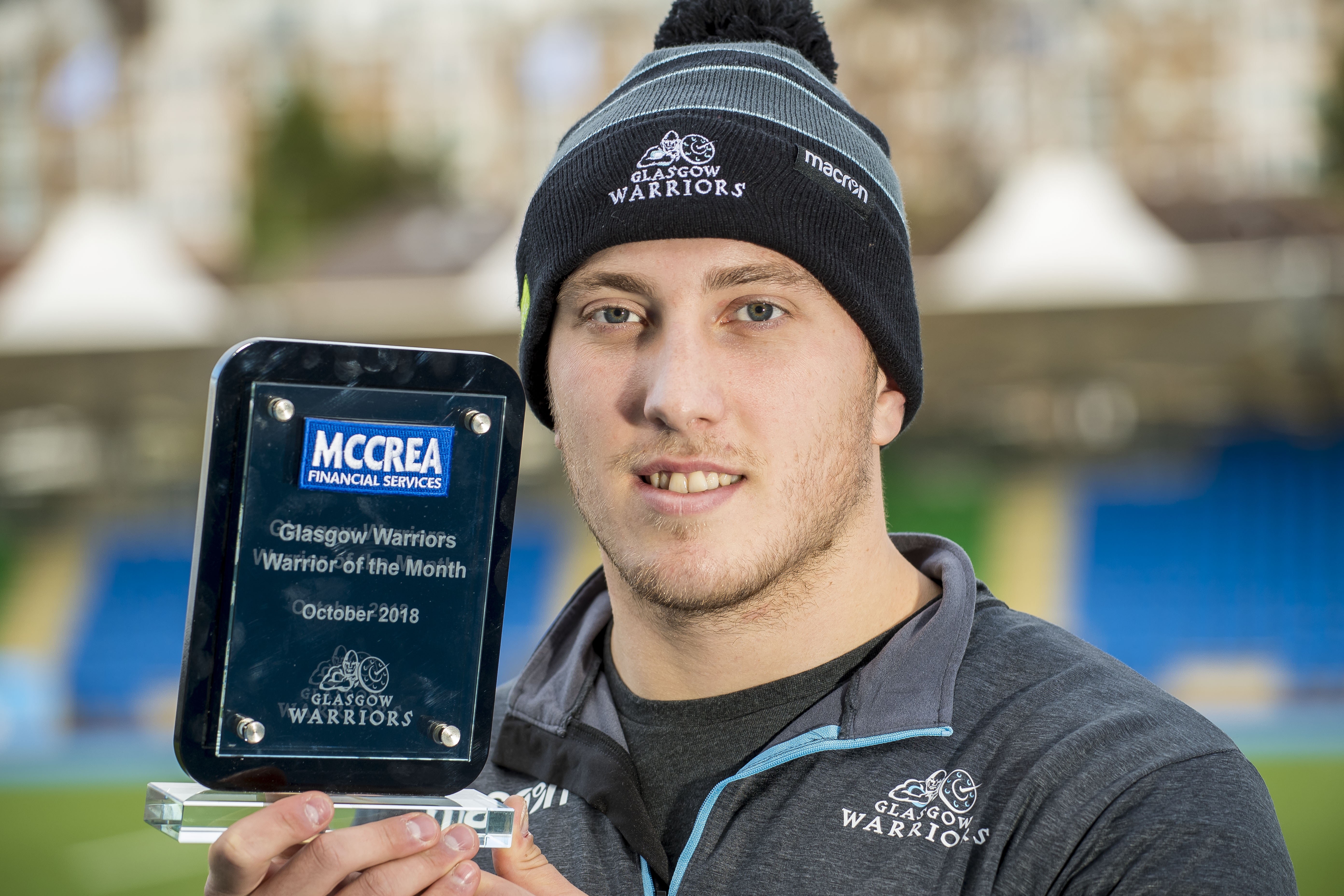 Don’t forget you can follow us on Twitter and Facebook where we run regular competitions with Warriors, as well as providing useful updates and the latest news for getting the most out of your finances.

McCrea Financial Services - For Every Stage of Life