Matthews Wins First Warrior of the Month Award of the Season

Glasgow Warriors hooker Johnny Matthews has been named as the McCrea Financial Services Warrior of the Month for September, claiming the first monthly award of the 2021/22 season.

Selected by the Glasgow Warriors coaching team in lieu of the usual supporter vote in order to reward performances across the full-preseason period, the prize was awarded to Matthews in recognition of his efforts around the training field in addition to his on-pitch displays. 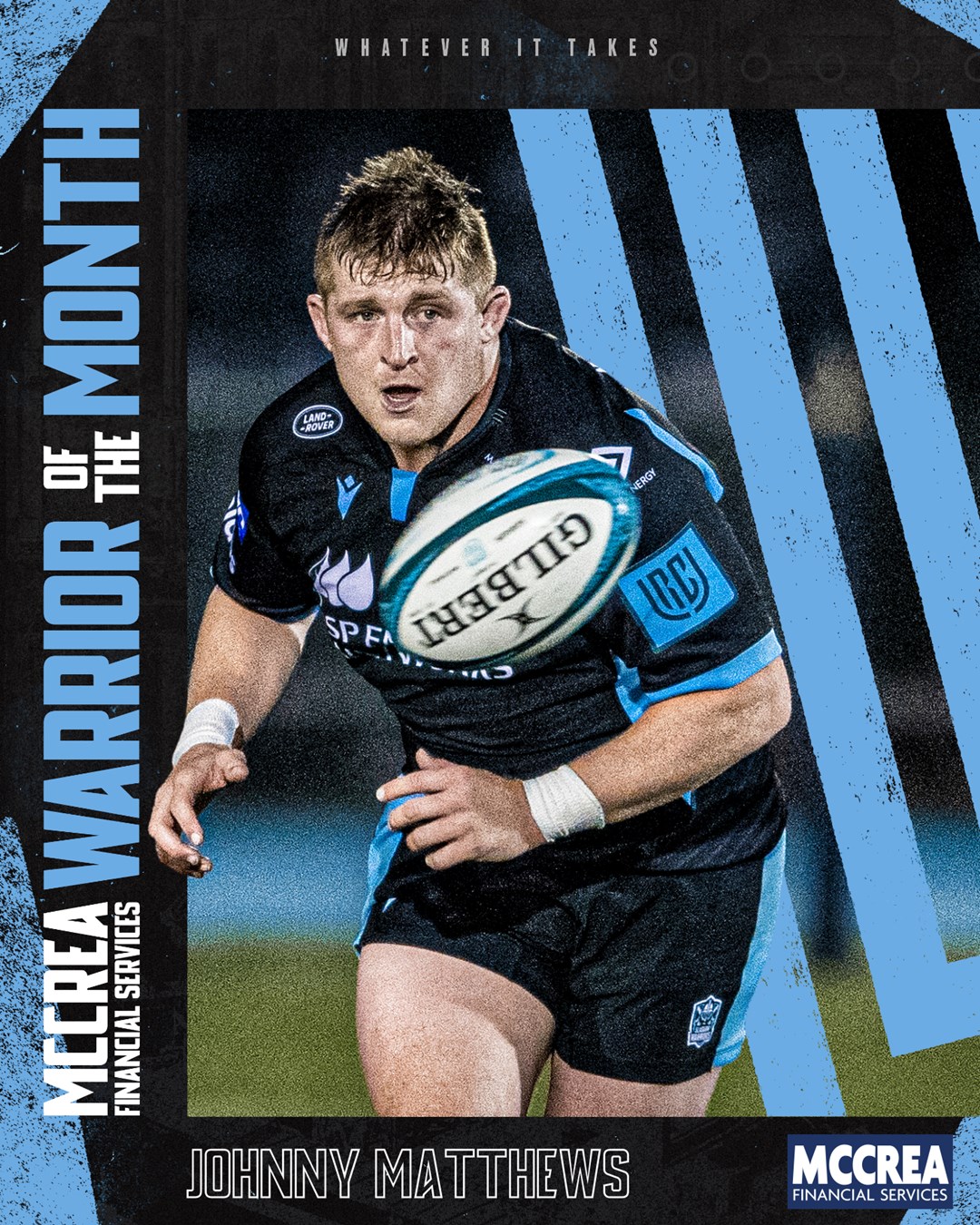 The 28-year-old featured prominently in both of Glasgow’s pre-season fixtures, including an eye-catching break in the lead-up to Duncan Weir’s try against Newcastle Falcons.

His all-action style also saw the Liverpudlian – who qualifies for Scotland courtesy of his Glaswegian mother – catch the eye in last weekend’s victory over Worcester Warriors at Sixways, carrying strongly and fronting up well in defence.

Matthews’ contributions around Scotstoun were also highlighted by the Glasgow coaching staff as one of the reasons behind the hooker earning the award, with the hooker amongst those continually driving standards higher as preparations for the new United Rugby Championship season continues.

Despite his performances on the field, however, the man himself was still taken aback when informed of the news. 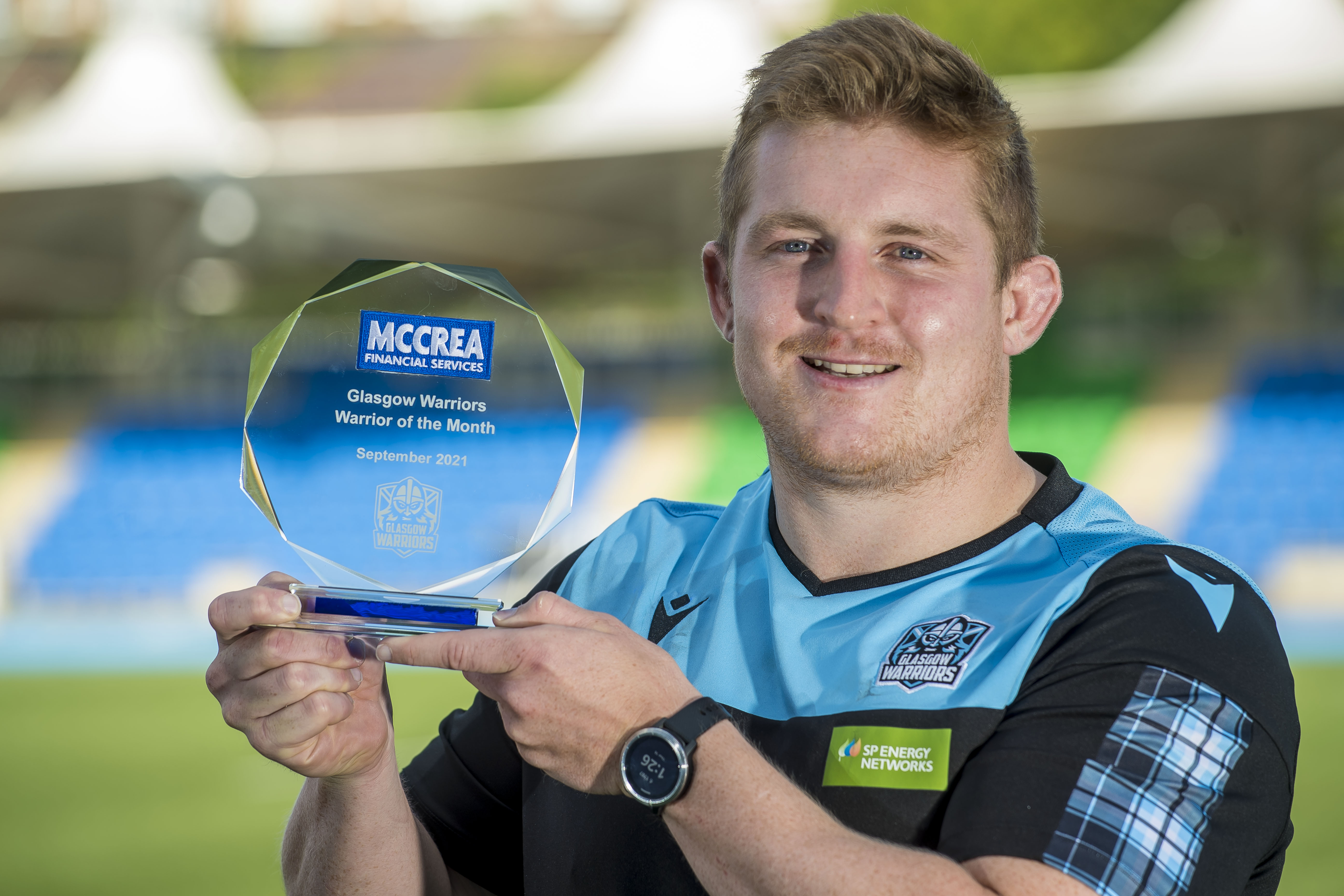 “I was pretty shocked and surprised to be fair!” Matthews told glasgowwarriors.org.

“I wasn’t expecting it all. I’m absolutely delighted, especially when it’s come off the back of a couple of good team performances and a good pre-season.

“The two games were really good tests for us. We were unlucky not to get a result against Newcastle – we created a lot of opportunities and we were unfortunate to not convert more of them. The Worcester game was really pleasing for us, because we built on the good things we did against Newcastle and got a really good away win.

“I think we’re looking in really good shape. There are a couple of things we know we need to fix up, but spirits are high and the group’s looking good. Hopefully we can translate that into a strong performance to start the season against Ulster [in the season opener next Friday night].”

The hooker also provided some insight into his cameo against the Falcons, claiming it was all part of the wider plan to savour the return of the Warrior Nation to the stands at Scotstoun.

“I obviously had to give Duncy the try against Newcastle – I could have just finished the break off but I wanted to make sure he got the try on his comeback!” laughed Matthews.

“To have the Warrior Nation back was fantastic. Running out into that atmosphere gave the boys such a buzz – you could see the effect it had on a few of the boys who hadn’t experienced it before, and it was such a good moment. I can’t wait to hopefully experience it a few more times this season.”

Glasgow Warriors open the 2021/22 URC season with a trip to the Kingspan Stadium to take on Ulster next weekend, before welcoming CellC Sharks to Scotstoun for the first home match of the new season the following weekend.