It was youth that caught the eye in March as 19 year old Andrew McCarthy was named McCrea Financial Services Player of the Month. In a tough month for Thistle Andrew really showed what he has got and won the trophy with a significant majority of the overall vote. 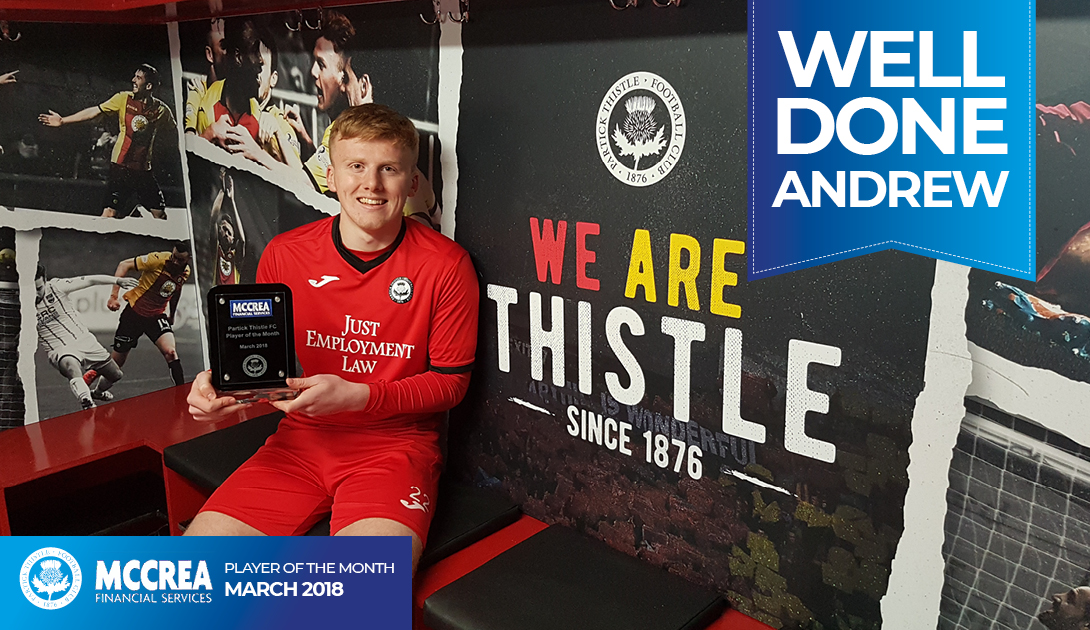 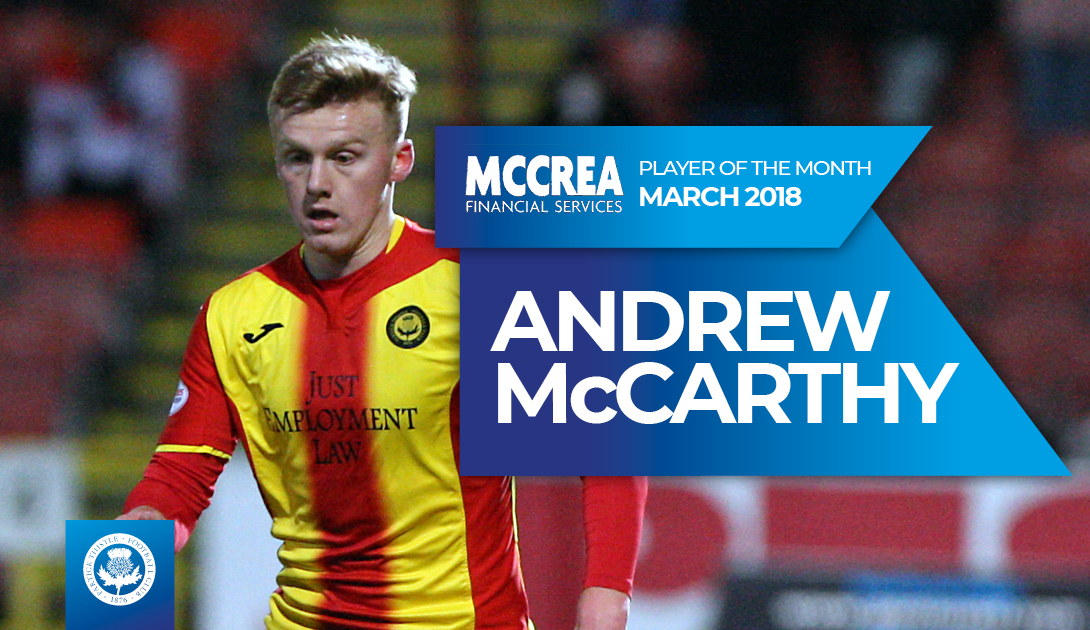 A Thistle Weir Academy graduate, McCarthy has continued his breakthrough into the first team and played a part in every game this month. What he lacks in experience he more than makes up for in enthusiasm and energy. He has brought a freshness to the Jags midfield and has more than earned his votes this month.

On being voted McCrea Player of the Month for March, Andy said: "It's a great privilege to be voted player of the month and I'd like to thank absolutely everybody who voted for me. It has been a tough month but we all know what is required between now and the end of the season.

"We've got five cup finals to play now and every single one of us has to make sure we are playing to the absolute best of our ability to make sure we get ourselves out of the relegation mix as soon as possible.

"For me it's all just about playing my part. The manager and Scott Paterson have been fantastic with me and I just need to focus on improving. If I can do that then I know I can have more of an impact between now and the end of the season. At the moment thought it's just about being ready when the manager does call on me and making sure I show what I am capable of when I do get the opportunity."